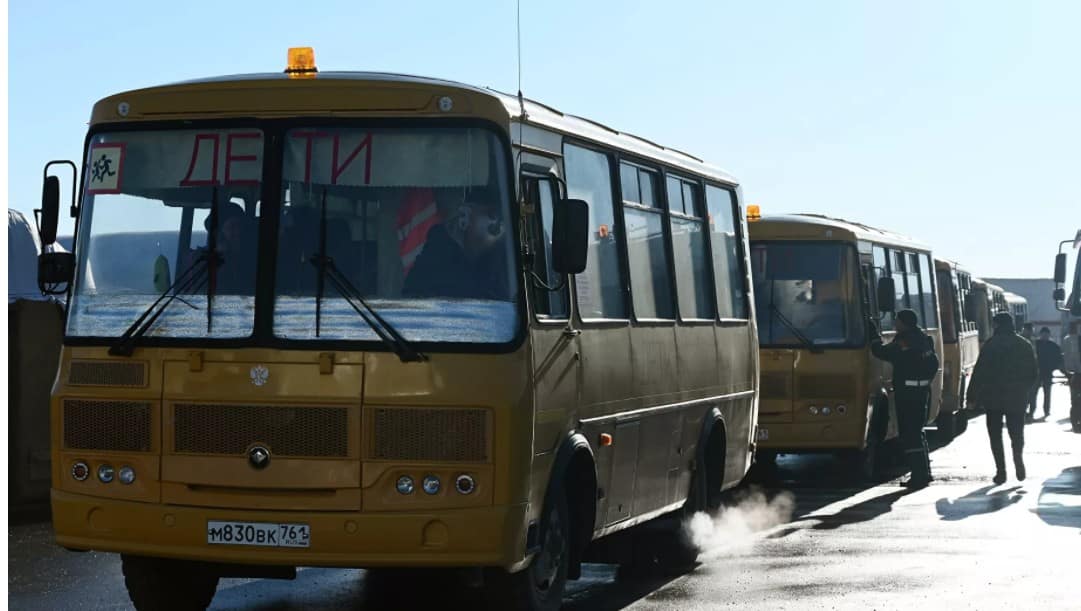 This story originates in Russian media

RT: The breakaway eastern Ukrainian regions of Donetsk and Lugansk have been placed on high alert amid reports of hundreds of violations of the Minsk ceasefire by Ukrainian troops firing artillery, mortars, and anti-tank weapons across the line of contact over the past 48 hours.

Authorities in the self-proclaimed Lugansk People’s Republic have discovered an explosive device under a bridge being used by buses evacuating civilians from the region to Russia, a source affiliated with the security services has told Sputnik.

The device was said to be found outside the town of Malogvardeysk, on route toward the Izvarino border post. This information is being verified.

A separate law enforcement source clarified to Sputnik that the explosive device may have been placed in a vehicle on the bridge, rather than under it, with bomb squad specialists said to be working around the vehicle to determine the explosive power within. The vehicle is believed to be “stuffed full of explosives.”

Earlier Saturday, authorities in Donetsk reported receiving anonymous warnings about the placement of explosives in buildings in the northern part of the city, including two hotels and four residential neighbourhoods.

Lugansk and Donetsk security forces have repeatedly accused the Ukrainian intelligence services of the use of explosive devices and car bombs to target republican leaders and civilians.

On Friday, several hours after the car bombing in Donetsk, the Main Intelligence Directorate of the Ukrainian Ministry of Defence accused Russian security forces of mining social infrastructure in the city of Donetsk to give Moscow “grounds for accusing Ukraine of terrorist attacks.”

The same day, Ukrainian National Security and Defence Council chief Oleksiy Danilov claimed that the Donetsk and Lugansk militias could blow up buses evacuating civilians to Russia. Ukrainian officials provided no evidence to back up these allegations.

Also Friday, Joint Forces Ukraine commander Oleksandr Pavlyuk announced that “not a single Ukrainian round fell on civilian infrastructure” in the Donbass, and insisted that the Ukrainian army “does not shoot at civilians.”

Pavlyuk made the claim following reports by the Donetsk and Lugansk militias that Kiev forces had engaged in massive shelling of the breakaway territories, including using 120-mm mortars prohibited by the Minsk Agreements.

Authorities in the Donbass breakaways declared a general military mobilization on Saturday amid the sharp increase in Ukrainian shelling, fearing that the attacks may be followed up by a full-scale invasion. A day earlier, the republics began a mass evacuation of civilians to Russia. Russian authorities have promised to provide evacuees with food, shelter and medical assistance.

On Friday, Russian President Vladimir Putin called on Ukraine to sit down to the negotiating table with Donbass leaders as soon as possible to implement the Minsk Agreements. Russian Foreign Minister Sergei Lavrov, meanwhile, expressed “alarm” over Kiev’s escalation in the Donbass, and the use of arms banned by Minsk in the region.

Amid the actually existing threat of an all-out assault by Kiev in the Donbass, Western officials continue to focus on the alleged threat of a Russian “invasion” of Ukraine, which never materialized last week despite media claims that it would commence on 16 February.

On Friday, German Foreign Minister Annalena Baerbock warned that Germany would be prepared to “pay a high economic price” to punish Russia, including by mothballing the Nord Stream 2 pipeline.

On Saturday, European Commission President Ursula Von der Leyen said the EU and its allies would slap Moscow with “a robust package of financial and economic sanctions including…energy and cutting edge technology” if the Kremlin “struck” in Ukraine.

The European Union has already swallowed hundreds of billions of euros in losses in successive rounds of Western sanctions against Russia and Russian agricultural countersanctions over the crisis in Ukraine, which began in 2014.

The EU’s US allies, who encouraged Brussels to implement the anti-Russian restrictions, suffered much smaller losses, owing to the negligible scale of trade between the US and Russia to begin with.