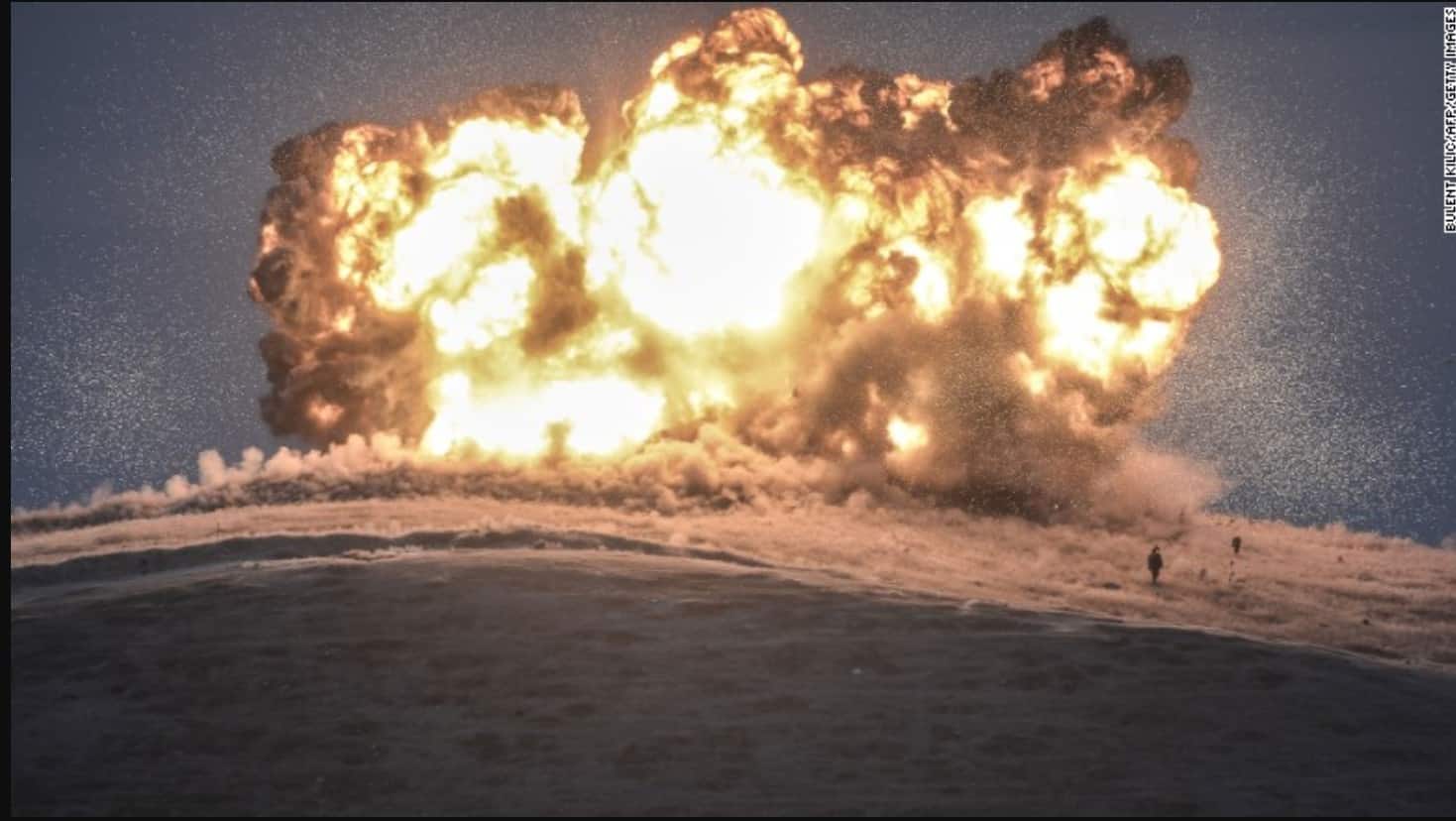 RT: Ukraine could give up its decades-old pledge to be a non-nuclear nation and reverse the decision it took to give up its atomic weapons after the collapse of the Soviet Union, Ukrainian President Volodymyr Zelensky has warned.

Earlier explosion in Ukraine….cited as at a nuclear weapons facility.

Speaking at the Munich security conference on Saturday, Zelensky pointed out that in 1994 Ukraine joined the Budapest Memorandum and gave up its nuclear weapons in exchange for security guarantees, suggesting the move could be reversed if it is threatened by neighboring Russia.

“Today we have neither weapons nor security. We have lost a part of our territory, which is larger by its area than Switzerland, the Netherlands, Belgium. And, most importantly, we’ve lost millions of our citizens. All this is absent,” Zelensky said.

He also said that Ukraine tried to initiate consultations with the guarantor states of the Budapest Memorandum three times as part of an effort to review its terms – without any success.

“Today Ukraine will do it for the fourth time,” he said, stressing that he had ordered his Foreign Minister Dmitry Kuleba to request the consultations but that it would be the last attempt from Ukraine’s side.

“If they do not take place or there are no concrete decisions regarding the security guarantees for our state, Ukraine will have every right to believe that the Budapest Memorandum is not working and all package decisions of 1994 have been put under question,” Zelensky said.

The Ukrainian leader underlined that “collective condemnation” by Western allies has not turned so far into “collective actions.”

Replying to questions after the speech, Zelensky said that he did not agree with “a leader of one major country” on the matter of potential sanctions against Russia. He explained his discontent with his counterpart’s remarks by saying: “We do not need sanctions when we are already shelled, when the borders disappear, when our country is already occupied. What is the benefit of these sanctions for us afterwards?”

Over the last few months, Western countries have repeatedly accused Russia of alleged plans to invade Ukraine – something that Moscow categorically denies. On Friday, the authorities of two breakaway regions in eastern Ukraine claimed that Kiev planned a military “breakthrough” into their territory. Ukrainian officials have also denied these claims.

President Zelensky insists that the Minsk agreements, which are poised to serve as a road map for a peace process, have been “poorly written” and do not benefit Ukraine. Instead Zelensky would like to see a new document, to be signed by the “major powers,” including Russia and the US, which would contain several clauses on security guarantees for Ukraine.