Featured Image: The Burning of the Temple, by Francesco Hayez. Not much has changed except the Zionists are throwing the Palestinians out 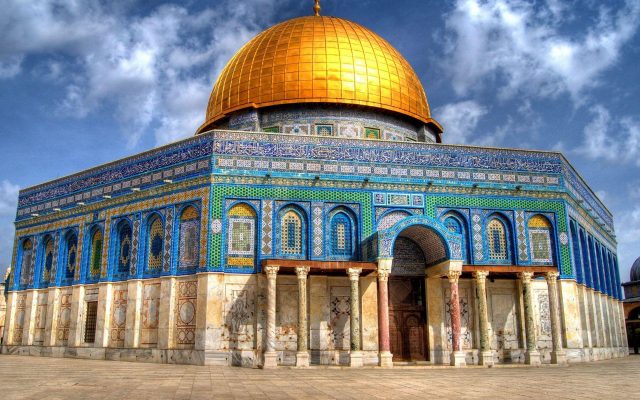 [ Editor’s Note: Adam Keller uses this short and sweet message style, as he is paying for print media placement. The original post was in a narrow newsprint format.

His material is a good quick read for those wanting to know the latest occupation force nasty treatment of its open-air prison subjects.

The US looks the other way on almost all of Israel’s aggression, due to our compromised Congress, via decades of blackmail material compiled on them, and then ‘influence’ over their reelection status.

As for our military, it is along for the ride, loving the free trips to Israel and getting schmoozed; treatment that does not really come free. ‘Things’ are expected in return and refusals can trigger ‘issues’.

As has been stated here by many, hard-line Israelis view America as their golden calf. Someday, if and when Israelis get to experience what it is like to endure the treatment they have dished out to the Palestinians, they will remember the taste of the bitter fruit.

A difficult week – and the following one seems even worse

Hacking into mobile phones and extracting personal information from them started with the Palestinians and has reached deep into Israeli society.

The Knesset approved a law that prevents Arab citizens of Israel from marrying whomever they wish and living in this country With their chosen spouse.

Two Palestinian workers plunged to their death from unsafe scaffolding on a high rise being built by a greedy contractor on the rubble of a slum whose residents were forcibly evicted.

And in the same week: The leadership of British Jewry, which hitherto granted unconditional support to all of Israel’s actions, informed a former minister in the Israeli government that racists of his ilk were personae non-gratae.