A wave the height of a four-story building was recorded off the coast of Vancouver Island, and scientists say it’s “the most extreme rogue wave ever recorded.” The 58-foot-tall giant, which appeared off the coast of Ucluelet, British Columbia, on November 17, 2020, is described in the journal Scientific Reports.

“Only a few rogue waves in high sea states have been observed directly, and nothing of this magnitude,” lead author Johannes Gemmrich, an oceanographer at the University of Victoria in British Columbia, says in the statement. “The probability Rogue waves are massive walls of water more than double the height of other waves occurring around them. They appear in the open ocean often without warning or apparent cause. “They look like a large four-story lump sticking out of the water with a large peak and big troughs before it,” Scott Beatty, CEO of the company MarineLabs which measured the wave, tells CNN’s Caitlin Kaiser and Tom Sater. These unpredictable swells are distinct from tsunamis, which are caused by the sudden displacement of water linked to another event, like an earthquake.of such an event occurring is once in 1,300 years.” 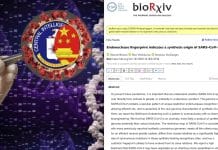