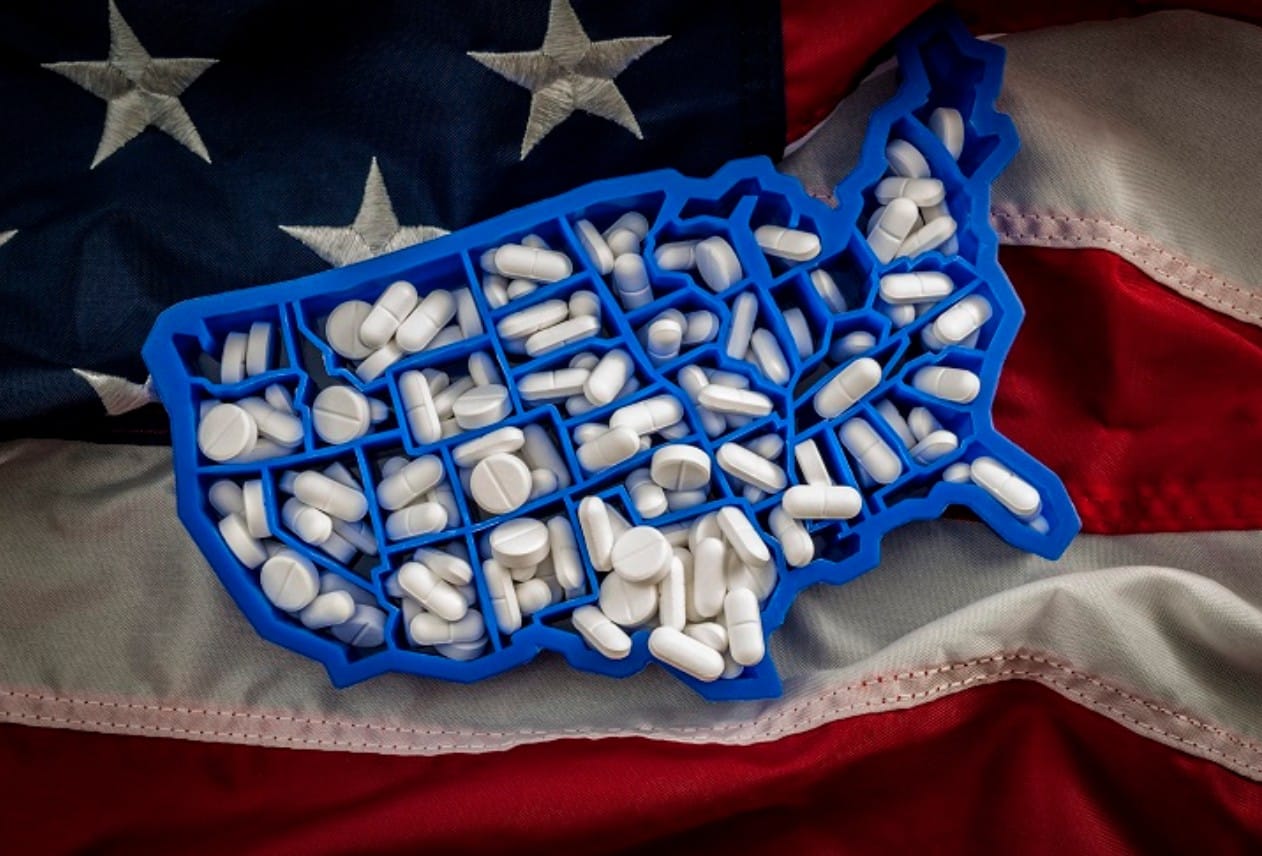 NEO: Drug addicts are commonly seen as marginalized people with a tourniquet around their arm who get hooked on drugs because of social and economic dislocation, personal problems, and an inability to fulfill themselves. But today, America is also suffering from a massive opioid crisis, which has already been declared an “emergency situation” by the authorities.

As a result of the failed policies of the current US authorities, focused solely on spinning the profit flywheel of the country’s military and industrial circles and neglecting the social problems of people, the country is facing one of the worst drug crises in its history. And this is evidenced by the highest annual drug overdose death rate in the US, CNN reports, citing data from the US Centers for Disease Control and Prevention (CDC).

According to the CDC, overdose deaths have increased by 28.5% over the previous year and have almost doubled in the past five years. In the last year alone, more than 100,000 US residents died from this cause. The biggest increase in overdose deaths, according to US media reports, has been in West Virginia, Kentucky and Tennessee.

Opioids continue to be cited as the leading cause of drug-related deaths. The opioid crisis in the US, which can be considered one of the two most important health issues in the world along with health insurance reform, dates back to the 1990s, but there is no coherent strategy to address the situation. At the time, doctors in the US were faced with a growing number of patient complaints about chronic pain, which the pharmaceutical companies almost immediately took advantage of. They began to “promote” opioid-based drugs in any way they could and to convince doctors that it was safe to prescribe this type of drug and that it was highly efficient.

Health workers at the time were overwrought with a large number of patients with chronic pain of various origins, including fears due to social dislocation, so they heeded the call of corporations and began prescribing such medicines to patients in order to relieve people’s suffering more quickly and easily. Thus, prescription opioid medicines are widely available throughout the United States.

Meanwhile, STAT, a profile publication, estimates that if no action is taken over the next ten years, some 500,000 people could die of opioid overdoses in the United States. For comparison, about the same number have died in the country from HIV/AIDS since 1980 to date.

In recent years, people have increasingly turned to synthetic opioids such as fentanyl, which the US Drug Enforcement Agency (DEA) claims is “primarily responsible for fueling the ongoing opioid crisis.” Synthetic opioids, and especially fentanyl, have caused 64% of all overdose deaths in the past 12 months. Some law enforcement officials have called the drug “manufactured death” since it is cheaper and fifty times more efficient than heroin.

According to the Council on Foreign Relations, more than 1,300 people die every week in the US from opioid-related overdoses, a number that has risen across the country amid the COVID-19 pandemic.

The crisis has reached such a scale that it is now a brake on the economy and a threat to national security.

Opioid overdose deaths have risen more than sixfold since 1999, killing more than 60,000 people each year, seven times the number of US troops killed in Iraq and Afghanistan (the CDC estimates that it has already increased to 69,710 deaths from opioid overdoses in 2020).

Opioid drugs, including oxycodone, hydrocodone, and morphine, are commonly prescribed for the treatment of pain. In the last fifteen years, doctors have increasingly prescribed them for chronic conditions such as back or joint pain, despite risks regarding their safety and efficiency. According to New York’s Special Narcotics Prosecutor Bridget Brennan, the opioid epidemic did not start until there was a huge surplus of opioids in the form of pharmaceuticals.

In order to stem the tide of over-prescribing of opioids by doctors, such doctors are periodically jailed in America today. One recent case is the life sentence for Stephen Hanson in Kansas, who was prescribed without medical justification. Doctors of Courage, an organization that defends the right of doctors to decide for themselves whether there is a reason to relieve people of pain, have tried unsuccessfully to stand up for him. The movement’s website lists 1,199 names of doctors who have already been sentenced to various terms.

While doctors are going to jail, opioid manufacturers (notably Purdue Pharma, which makes OxyContin) are getting away with paying out millions in lawsuits while taking billions in profits from the sale of such drugs.

In July 2019, the US Drug Enforcement Administration released a database showing that 76 billion prescription painkillers have been sold in the US over six years. This is enough to provide pills for every adult and child in the country for 36 years to come. Across the country, multi-billion dollar lawsuits are being filed against pharmaceutical companies. US analysts compare the current lawsuit against the pharmaceutical companies to litigation in the tobacco industry in the 1990s (back then Philip Morris and other major players paid a whopping $206bn at the time for the consequences of tobacco smoking).

It is no surprise that the super-profits US pharmaceutical market does not want this history to reoccur, as there are already more than two thousand complaints worth tens of billions of dollars. Pharmaceutical companies want peace and several US drug distributors — Johnson & Johnson (J&J), McKesson, AmerisourceBergen, and Cardinal Health — are already negotiating an $18bn payout in exchange for the withdrawal of the lawsuit, which, under US law, would allow the companies to effectively avoid being found guilty of the “opioid crisis”.

Israeli pharmaceutical company Teva, the world’s largest generic drugmaker, will pay $85mln to the state of Oklahoma for stopping prosecutions over allegations that together with other painkiller makers it was driving an opioid epidemic. Similar charges await Teva in Cleveland.

Under the terms of the agreement, the companies will pay settlements to the Native Americans over seven years, and about 15% of the total amount will go towards legal fees and other legal costs, but the bulk will go toward drug treatment and prevention programs.