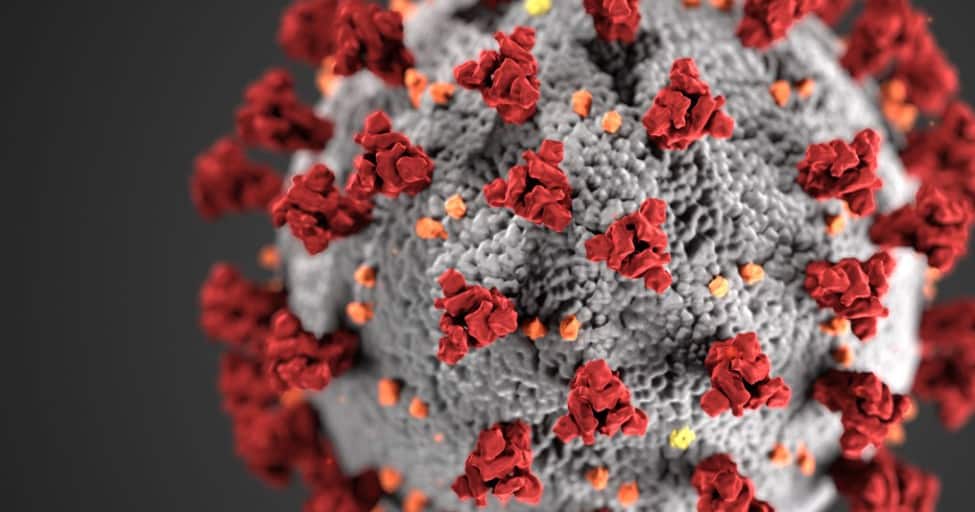 RT/Moscow: Mark Woolhouse is professor of infectious disease epidemiology at the University of Edinburgh in Scotland, SAGE adviser, and now the author of ‘The Year the World Went Mad’, a personal, insider’s view of how the Covid pandemic played out. The book is a very useful review of what happened, even for those who followed events closely. The story is one of the constant lurches from complacency to panic, optimism to pessimism, and back again.

As he eloquently puts it…

“I did not expect that elementary principles of epidemiology would be misunderstood and ignored, that tried-and-trusted approaches to public health would be pushed aside, that so many scientists would abandon their objectivity, or that plain common sense will be a casualty of the crisis. Yet – as I’ve explained – these things did happen, and we have all seen the result. I didn’t expect the world to go mad. But it did.”

Woolhouse argues that the UK’s four governments, and the scientists who have advised them throughout, made a mess of the response, leaving us with a legacy of huge state debts, bankrupt businesses, grieving family members, and liberties undermined. Lockdown, he argues, was a declaration of failure. It was a failure that was perhaps understandable in the circumstances of March 2020, but one that should never have been repeated.

His first major observation is that governments simply took too long to understand the scale of the threat. From very early on, Woolhouse and his colleagues were advising governments that they needed to act fast to prevent Covid from taking hold. But little happened for weeks. It wasn’t just national governments that were slow to react. The World Health Organization (WHO) took too long, in Woolhouse’s view, to declare a pandemic – and governments took that as a signal that urgency was not required.

That slow response was undoubtedly a product of the numerous other times that fears of a major pandemic disease have been created – such as SARS in 2003, avian flu in 2005, and swine flu in 2009 – only to amount to very little. As the author of Woolhouse’s foreword, science writer Matt Ridley, noted on March 10, 2020:

“In Aesop’s fable about the boy who cried ‘Wolf!’, the point of the tale is that eventually there was a wolf, but the boy was not believed because he had given too many false alarms.”

But alongside complacency, a lack of global leadership, and a ‘sense of déjà Vu, as Woolhouse puts it, he believes there was another factor. “I think there was something more: sheer disbelief. We were asking officials and politicians to engage with a scenario lifted from a science fiction movie. They simply couldn’t take it in.”

In the UK, even when it was decided that action would be necessary, it was delayed because the government believed that the people of Britain would not tolerate extreme measures for very long.

In fact, whether through brow-beating, fear, or a sense of common responsibility, that first lockdown was far better observed than expected and for much longer than anticipated. Nonetheless, it need not have come to that if action had been taken sooner. As it was, and despite his severe reservations, Woolhouse supported the lockdown because there was no other option on the table.

So we reached the point where there was nothing left to do. ‘Three weeks to flatten the curve’ became a lockdown that meant that you could only leave home for exercise, work, or ‘buying essentials’ that lasted until June 15 before a phased reopening began. Testing was slowly and painfully ramped up to meet the health secretary’s (rather fudged) target of 100,000 tests per day by the end of April. Daily deaths peaked at just 1,000 on April 8, declining to just 72 on the day the lockdown began to be lifted.

Now came a spurt of optimism. The worst was over, and a test-and-trace system would soon be in place so that only infected people and their contacts would have to isolate. A tiered system of restrictions was introduced to keep a lid on hotspots. By August, the government was even subsidizing pubs and restaurants through the ‘Eat Out to Help Out’ scheme to kickstart the recovery.

But in autumn, things took a turn for the worse. Test and trace took too long to get going and was never likely to be a proper solution when people with Covid could be infectious before they developed symptoms. The daily press conferences came back. We were told that the models predicted doom unless we had a further ‘circuit breaker’ lockdown (which made little difference in Wales). A second national lockdown was enforced in England in November and early December. In terms of cases, it had a significant impact, but the emergence of the ‘Kent variant’ (soon renamed ‘alpha’) saw another huge rush of cases and an even bigger death toll in January 2021, despite a third national lockdown.

Woolhouse is much less forgiving about the subsequent lockdowns, believing that the damage done was always going to be enormous – on the economy, freedoms, education, mental health, and more. There had to be a better way.

He starts with the observation that Covid discriminates. Children and younger adults who are otherwise in good health rarely suffer severe disease, let alone die from it. The risk of death is much, much greater in those over 70 years of age or who have some other reason to be vulnerable, such as those whose immune system is suppressed by cancer treatment.

The QCOVID study by researchers at Oxford University found that 91% of deaths occurred in just 15% of the population.

Could we have focused all our attention on the most vulnerable and allowed the rest of society to live with lighter restrictions? In combination with much greater support for those asked to isolate because they had tested positive, Woolhouse believes lockdowns could have been avoided. The key is not simply to suppress contacts between people but to make contacts with the most vulnerable people as ‘Covid safe’ as possible. That would mean having to ramp up financial and other forms of support on an enormous scale, but there are places where that happened, he says:

“New York City set a good example. Their ‘Take Care’ support package for people self-isolating was so comprehensive it even included a dog-walking service.”

But this strategy would also mean that those in direct contact with the most vulnerable people would also have to take extreme care to avoid contracting the virus and then passing it on. Woolhouse says,

“In medical parlance, this strategy is called cocooning. Cocooning requires that a shielder [the person who interacts with a vulnerable person] is prepared to forego or make safe their social or work contacts to reduce the risk that they become infected and unwittingly infect the person they are shielding.”

Woolhouse accepts the difficulty of doing this for a very long period of time but argues that it was both possible and necessary. It’s not as if multiple lockdowns can be called an unalloyed success, given the enormous death toll we had – and those lockdowns were hugely damaging.

Yet, he wearily recalls the ‘fatalism’ around alternatives to lockdown.

“I was told on numerous occasions that implementing Covid-safe measures to protect the vulnerable in the community was just too difficult. Yes, the scale is daunting – we are talking about several million people – but surely no more daunting than locking down the entire country, and we were all too willing to do that.”

Woolhouse is also at pains to distinguish his idea from the ‘focused protection’ of the Great Barrington Declaration, which argued that we should “allow those who are at minimal risk of death to live their lives normally to build up immunity to the virus through natural infection, while better protecting those who are at highest risk”. Aiming for herd immunity would still overwhelm health services while leaving the virus to spread freely, making it even more difficult to maintain a cocooning strategy. The wall of protection between vulnerable people and the virus would be breached too easily.

Some measures to restrict the virus would still be needed and that is incompatible with the drive to build up herd immunity.

“In other words, you can have lockdown or the Great Barrington approach, but you can’t have both. That’s not the whole picture though. There is a middle ground and I believe that is where the answer lies.”

Perhaps that fatalism reveals something instructive about the UK today: that the state is so feeble that it is incapable of organizing very much at all. Look at the experience of Covid volunteers. In the early days of the pandemic, the government asked for people to come forward to help out. Hundreds of thousands of people did so, but the authorities seemed incapable of using them – indeed, unable even to trust them.

Self-created local initiatives, organized on thousands of Facebook groups, did far more to tap into that resource. Given that failure, what hope did the government have of organizing the vast civil engagement required to maintain a cocooning strategy?

Woolhouse’s book lands some important blows on the failings of government and scientific advice. Covid must lead to a shake-up in how we prepare for such events in the future. Whether his cocooning strategy would have succeeded as an alternative to lockdown is another matter, but given the damage done by lockdowns, it warrants serious consideration and planning.

‘The Year The World Went Mad: A Scientific Memoir From the Pandemic’ by Mark Woolhouse is published by Sandstone Press.

Rob Lyons is a UK journalist specializing in science, environmental, and health issues. He is the author of ‘Panic on a Plate: How Society Developed An Eating Disorder.