VT: The article below is from Russian state-controlled media.  These discussions are censored everywhere else…though presented with clear bias here, the information itself is of extreme value.

Sputnik: On Saturday, Ukrainian President Volodymyr Zelensky implicitly threatened to revise Ukraine’s non-nuclear weapons state status, telling attendees of the Munich Security Conference that Kiev could pull out of the 1994 Budapest Memorandum – which committed the country to give up its massive Soviet-era arsenal of nukes.

Ukraine would risk becoming an international pariah if it attempted to rejoin the nuclear club; at the same time, President Zelensky’s threats may be a bluff, since it is far from certain whether his country has the technical and material capabilities to build such weapons, observers tell Sputnik. 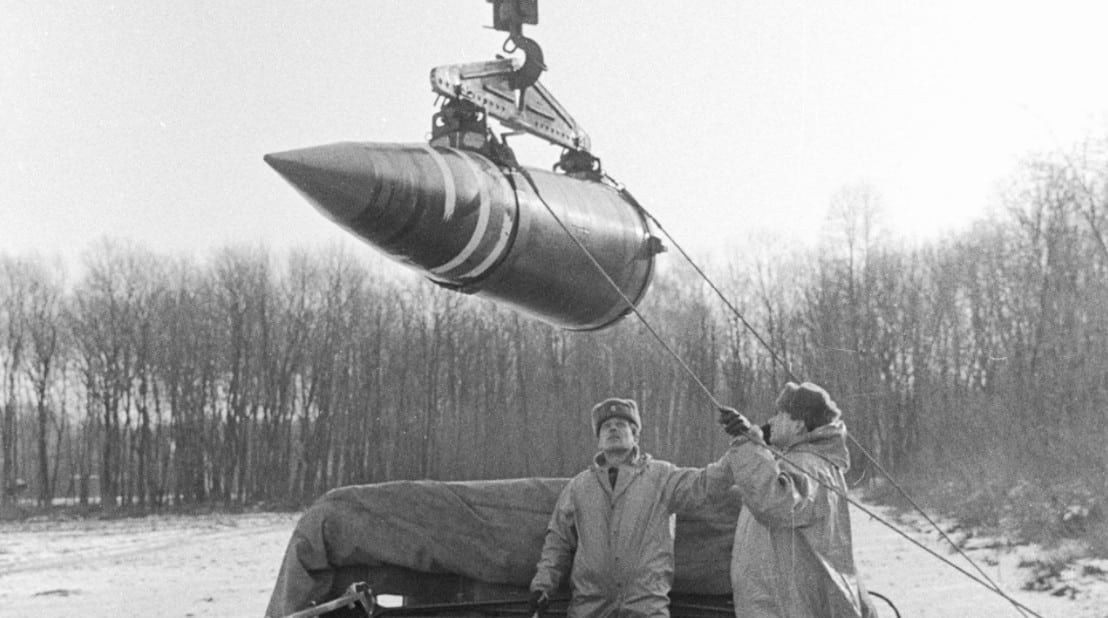 “Ukraine’s non-nuclear status is determined by its participation in the Treaty on the Non-Proliferation of Nuclear Weapons (NPT), which it joined in 1994. In accordance with that agreement, only countries that developed and tested nuclear weapons are allowed to possess nuclear weapons. Ukraine is not among these countries,” points out Alexander Umarov, editor-in-chief of the nuclear power industry portal AtomInfo.

If Ukraine went ahead with a secret attempt to develop nukes, without withdrawing from the NPT, the International Atomic Energy Agency would quickly identify evidence of military-related nuclear activity, and inform its board of governors. “They, in turn, will submit their prepared report or reports to the UN Security Council, which has the widest powers when it comes to coercing states, including international sanctions and even the use of force,” Umarov says.

If Ukraine goes the other route and withdraws from the NPT, which is its legal right to do, this too will become the subject of a Security Council review, and again mean the threat of sanctions or UN military intervention, the observer notes.

On top of that, Umarov notes, the world’s leading suppliers of nuclear technologies are united into the ‘Nuclear Suppliers Group’ – a group of nuclear supplier countries working to prevent nuclear proliferation and implementing a multilateral export control regime that bans cooperation with nuclear states that aren’t parties to the NPT.

“In the event of a withdrawal from the NPT, Ukraine will be forced to stop the operation of its nuclear power plants, since it is completely dependent on the import of nuclear fuel, which may be terminated after its exit from the treaty,” Umarov warns.

“Attempts to create a nuclear bomb will undoubtedly lead to Ukraine being in a much worse situation than it is today, and the country will fall into international isolation,” the observer sums up.

Kiev gave up a nuclear arsenal of as many as 3,000 nuclear weapons in the mid-1990s after signing the 1994 Budapest Memorandum on Security Assurances together with Belarus and Kazakhstan (which also gave up their nuke stockpiles), plus Russia, the United States and the United Kingdom. A significant detail, and one rarely brought up by today’s Ukrainian political elites, is that Kiev, Minsk and Astana never had operational control over their nuclear forces – with the launch codes to the weapons remaining under Russia’s control after the collapse of the Soviet Union.

“Ukraine could not have prevented the removal of nuclear weapons by the Russian military, and is in no position to acquire them now,” says Dr. Mark Gubrud, an adjunct professor of peace, war and defence studies at the University of North Carolina.

“Western countries and particularly the US would condemn such statements or ambitions by Ukraine. The technical capability to carry out a nuclear weapons development programme is not the issue; it is the political and military repercussions of attempting to do so,” Gubrud notes.

“I think it would be a mistake to say that this is unequivocally a Ukrainian decision. I think it is not an exaggeration to say that Ukraine is a country with limited sovereignty and that its foreign policy decisions are not necessarily its own,” says Dr. Srdja Trifkovic, a Serbian-American publicist, historian and foreign affairs editor for the Chronicles magazine.

Trifkovic doesn’t believe that Zelensky would have brought up the Budapest Memorandum in his speech “had it not been cleared in advance with Ukraine’s sponsors and Western mentors.”

“Having said this, it will be interesting to observe their reaction, because, of course, Ukraine’s decision to join the Non-Proliferation Treaty back in 1994 was loudly hailed as a major step towards nuclear non-proliferation, and Ukraine was widely praised for taking it. The practical question, of whether Ukraine has the technical ability to reverse the non-proliferation course is frankly open to doubt. I don’t think that it has either the know-how or the ready technical expertise and wherewithal, as well as the materials to build a nuclear weapon in a short period of time,” Trifkovic says.

The observer thinks that Zelensky’s remarks constitute “more of a propagandistic gesture” meant to “add to the anti-Russian hysteria” of “poor little Ukraine [being] forced even to give up on its non-nuclear status because it feels existentially threatened by the aggressive dictator in the Kremlin and so on and so on.”

“This is just a form of pressure – an attempt to make a political statement on the issue of Kiev’s admission to NATO. This is game-oriented, on the one hand, toward the West, and on the other, toward Ukrainian society… How can it end? The right to nuclear weapons? In reality, President Zelensky does not have an opportunity to gather the other signatories of the Budapest Memorandum together. Ukraine does not have the ability to produce these weapons. It would constitute an act of international adventurism,” Zapalowski says.

Ukraine might not be in possession of the technology for the full cycle of capability necessary for creating weapons-grade uranium or plutonium, but could create a nuclear “dirty bomb” if it wanted, says Vladimir Zharikhin, deputy director of the Moscow-based Institute of CIS Studies.

“They have uranium, of course. They have spent fuel rods from their nuclear power plants. They could make a so-called ‘dirty bomb’, that is – not a charge capable of producing a nuclear explosion, but a charge for spreading nuclear contamination. They can do it,” Zharikhin says. Actually going ahead with such a mad idea is another matter entirely, the observer stresses.

If, for the sake of argument, Ukraine did somehow manage to obtain nukes, this would come to constitute a massive threat to European and global security, Srdja Trifkovic believes.

“First of all, what would be the chain of command and control? Because we’ve seen over the past eight years ever since the Maidan events that the government in Kiev does not have full control over the entire spectrum of the armed units in Ukraine. That in fact, some of the more extreme ones have always been able to evade government control and to behave as effectively an entity in its own right and with its own agenda,” the observer notes.

“Now these elements in Ukraine, if the government has not been able to bring them under control over the past eight years, the question arises as to who could guarantee that if Ukraine does rebuild its nuclear arsenal, it would indeed be in adult hands,” Trifkovic warns.
Stoltenberg Warns of Alleged ‘Full-Scale Attack’ on Ukraine
Yesterday

Aitech Bizhev, retired deputy commander in chief of the Russian Air Force-CIS Joint Air Defence System, is confident that Zelensky’s veiled warnings are a mere “bluff,” rather than any kind of statement of political or military significance.

Europe is already trying to rid itself of US nuclear weapons stockpiles on its territory, and does not need another source of tensions stemming from a Ukrainian nuclear weapons programme, the retired officer argues.

“The Ukrainian economy will never pull off doing what it takes to gain the status of nuclear power. It is a very expensive proposition, from production to delivery vehicles and entire infrastructure of the military-industrial complex and the nuclear energy complex. The uranium and other materials would need to be mined somewhere. All of this is not so simple; Zelensky does not appear to realize the complexity of this process,” Bizhev believes.

In his remarks before the Munich Security Forum on Saturday, President Zelensky announced that he would be “initiating consultations in the framework of the Budapest Memorandum.”

“If they do not happen again or their results do not guarantee security for our country, Ukraine will have every right to believe that the Budapest Memorandum is not working and all the package decisions of 1994 are in doubt,” Zelensky warned.

The United Nations commented on the Ukrainian president’s remarks Saturday evening. Stephane Dujarric, a spokesman for Secretary-General Antonio Guterres, called on all parties to recall the UN chief’s recent statement about public rhetoric surrounding the situation in Ukraine, and how it should be aimed at de-escalating tensions, not fueling discord.