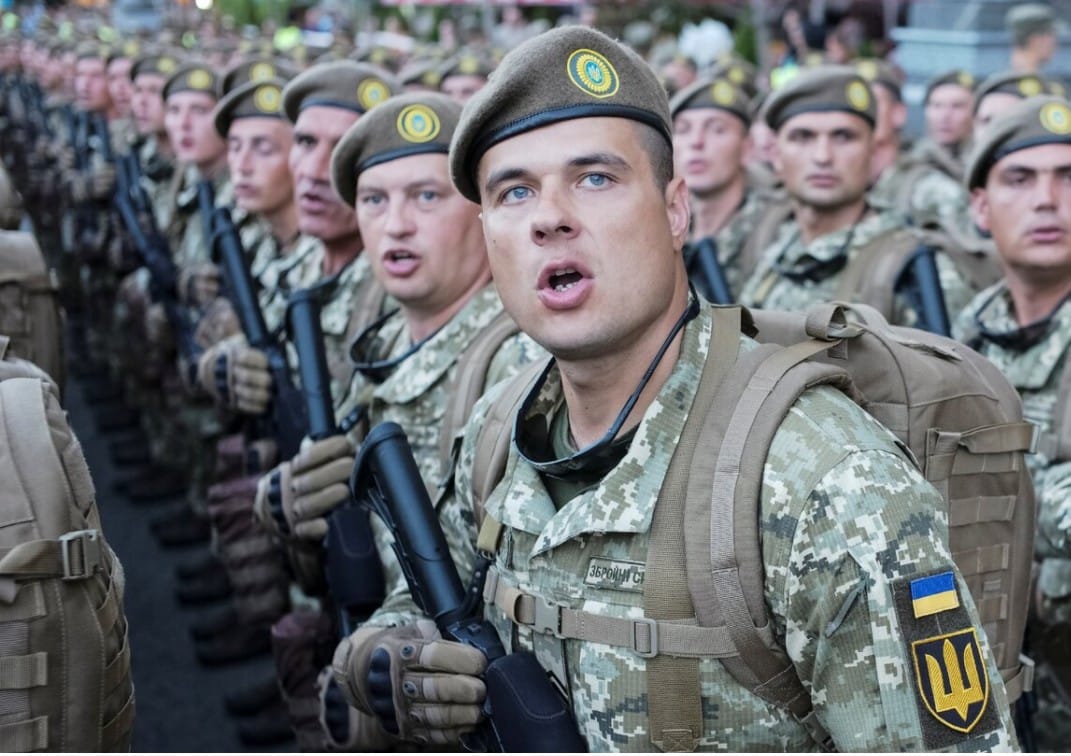 US President Theodore Roosevelt never had much time for peace, seeing its returns as distinctly less than those of war.  Despite his love of military conflict and its touted benefits, he was rewarded with the Nobel Peace Prize for his role in brokering peace in the Russo-Japanese War.  But for old Teddy peaceniks were sissies, degenerates, and probably sexually dubious.

The intoxicant that is war tends to besot its promoters, however, balanced they might claim to be.  On February 21, the Australian public broadcaster, the ABC, seemed to embrace a subliminal message in its programming, notably on the issue of war.  The standard reference?  The outbreak of the Second World War.  September 1939.  Poor Poland, and benighted UK Prime Minister Neville Chamberlain.

The blind, the daft, and the reality television viewer may have missed the programming point, but others could not have.  Russian forces are poised on the borders of Ukraine.  In the presses of Australasia, Europe, and the United States, there is more talk of war than that of diplomacy.  There is the prospect of much death and many body bags.  Instead of running documentaries, statements, or messages on how war might be averted, thereby yielding the floor to diplomacy, the message of conflict has become inexorably clear.

This is perhaps the most visibly sickening feature of the enterprise.  It is a reminder that war has seductiveness, acts as a paralytic agent, dulling sensibility whilst arousing other senses.  The opposite is never as inspiring because it is always constructively dull: negotiations, peace, averting death, and the cracking of skulls.

Best encourage powers to shred a few people, slaughter the residents of a village or two, and crow about the evils of the enemy.  Add some political garnish: they died in the name of democracy; they were killed because they needed to be enlightened by the rules-based order.

The message of war was promoted with unbending consistency when it came to the certifiably criminal invasion of Iraq in 2003 by US-led forces.  It was very much in keeping with the rules-based order according to President George W. Bush, UK Prime Minister Tony Blair, and Australia’s own yappy John Howard.  War would take place, whatever the evidence of Saddam Hussein’s weapons capabilities.

Having decided that invading Iraq would be a good copy, the Murdoch Press Empire went to work softening minds and adding Viagra to war adventurism.  Of the stable of papers run by Rupert Murdoch, only one of the 175 – the Hobart Mercury – supported the war.  The project certainly bore rewards in terms of moving opinion.  A Gallup International survey’s findings released on February 4, 2003, revealed that 68 percent of Australians backed military action against Iraq.  Of those Australians surveyed, 89 percent expected the war to be imminent.  This was, pure and simple, an incitement to conflict, a hardening of the resolve.

While it is not NATO or the United States, that is contemplating an invasion of Ukraine, a country meshed with Russian history and influence, the language of predictability, the undeviating lingo of war, has come to heavily shade the workings of diplomacy.  In London, Washington and Canberra, we are already seeing the position that war will take place.

Speaking to CBS, US Secretary of State Antony Blinken was as good as convinced that “provocations created by the Russian or separatist forces over the weekend, false flag operations” suggested a state of advanced preparedness for invasion.

UK Prime Minister Boris Johnson, in his address to the Munich Security Conference, conceded to not fully knowing “what President [Vladimir] Putin intends but the omens are grim and that is why we must stand strong together.”  Should Russia invade, Johnson promised, Russian individuals would be sanctioned, along with “companies of strategic importance to the Russian state”.  Raising capital on London capital markets would be made all but impossible “and we will open up the matryoshka dolls of Russian-owned companies and Russian -owned entities to find the ultimate beneficiaries within.”

Western press outlets are also aiding in this, using, for the most part, images and material of moving tanks and personnel supplied by the Russian Ministry of Defence.  Even mocking opinions expressed by Ukrainian President Volodymyr Zelenskyy about the “invasion date” have been spun as tangible proofs of the coming war.

As New Lines Magazine points out, “the West is doing such an eloquent job of broadcasting the reality of Russian military might” for the Putin regime.  In a conversation with one of the magazine’s authors, the editor of a British “mid-market tabloid” thought that “this invasion stuff is probably all nonsense.”  But no matter.  “Boris needs this to run and run.”

The headlines and titles of various papers are all too drearily reminiscent of 2003.  “We may be just hours away from the war in Europe,” shrieked Mark Almond on February 15 in the Daily Mail.  Some hours have passed since then, but there is no sign of the journalist being held accountable for this nakedly hysterical effusion.

The Scottish Sun was even more blood-thirstily confident, with its February 13 issue trumpeting that there was “48 hours to war.”  Moscow’s “bombing blitz maybe early as Tuesday after Prez talks deadlock.”  That same day, The Sunday Telegraph insisted that Russia was plotting an imminent “‘false flag attack to provoke war.”

The script for invasion, in other words, has already been written, and not necessarily or entirely from the pen of the Russian leader.  The pieces are all in place: the assumption of invasion, the promised implementation of sanctions and limits on raising finance, and strong condemnation.  A fever has taken hold, and it promises to carry away much life and sensibility.