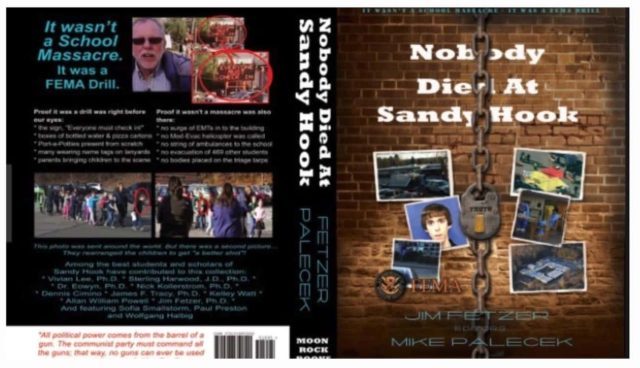 Fetzer.org – Are you outraged by the Sandy Hook/Remington settlement for $73,000,000? Gun owners perceive the threat of future cases being used to undermine our right to keep and bear arms.

I was calling it out before the decision was reached as insurance fraud and a massive scam: the parties never address the most basic facts in this case: Did anyone die at Sandy Hook? When I sought to intervene to make sure this was an honest proceeding, I was rebuffed–BY BOTH SIDES! I can do something about this–BUT I NEED YOUR HELP! 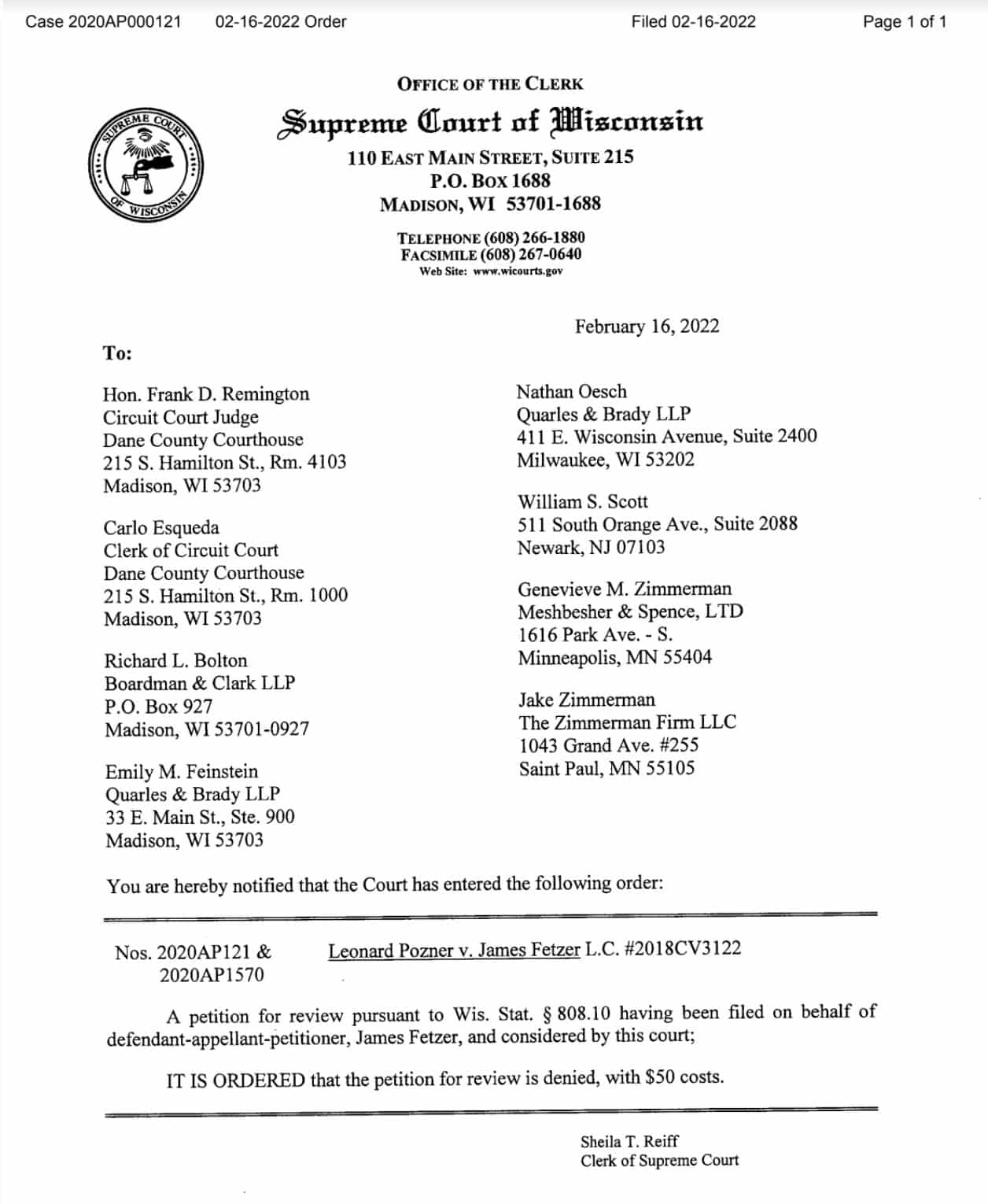 When I published Nobody Died at Sandy Hook: It was a FEMA Drill to Promote Gun Control (2015; 2nd ed., 2016), with thirteen contributors (including six Ph.D. professors), amazon.com banned the book less than a month later (even though it had sold nearly 500 copies). I released it for free as a PDF. Mike Adams wrote about it, “The Most Dangerous Mind in America” on False Flags and Extreme Censorship.

That was only the beginning. Now Amazon has banned five more of my books, where I bring together experts on different aspects of these events to sort out what really happened. In 2018, I was sued for defamation in Madison, WI, over an uncertified death certificate given to co-author Kelley Watt by a purported Sandy Hook parent, Leonard Pozner.

The suit was brought by the same party who had shared it with Kelley Watt. The Court would not allow me to present my proof that nobody had died on the (absurd) ground that it had nothing to do with the truth or accuracy of the death certificate, which alleged the decedent–Noah Pozner–died at Sandy Hook on 14 December 2012 of “multiple gunshot wounds”.

Focusing solely on the death certificate, I introduced reports from two forensic document examiners, both of whom concluded that it was fake, but the Court simply set them aside as “someone else’s opinion”. Ignoring my standing as a journalist, the Court ignored the disputed fact of the authenticity of the document and found me guilty of defamation, even though there was no finding of negligence.

So I was guilty of defamation without fault. The trial for damages was captured perfectly by Kevin Barrett, “The Legal Lynching of a Truth-Seeker: Jim Fetzer’s Stalinist-style Show Trial”. When I appealed the abuse of Summary Judgment, the Wisconsin Court of Appeals District IV made (what Ron Avery characterizes as) gross errors.

The Wisconsin Supreme Court has denied my Petition for Review without a word of explanation the same day Remington settles for $73,000,000 without establishing that anyone died at Sandy Hook. The fake shooting is being used to undermine our right to keep and bear arms, as it was planned to do.

As a former Marine Corps officer, I am profoundly obligated to carry this case to the US Supreme Court because, whether I am right or wrong, I was denied the right to present a defense. I have been saddled with $1.1m in liens as a result of a SLAPP (Strategic Lawsuit Against Public Participation) to punish those who speak out and expose fraud and corruption by the government. I am doing what I can to protect your rights–but now I need your help!

If the decision in this absurd case, Pozner v. Fetzer, is allowed to stand, it will set a precedent that threatens the legal right of every US citizen to defend himself in a Court of Law. Because the staged Sandy Hook event is being used to grab our guns, the outcome is critical for both the 1st and the 2nd Amendments. I have the law and evidence on my side but need your support to move forward. This case can make a difference. 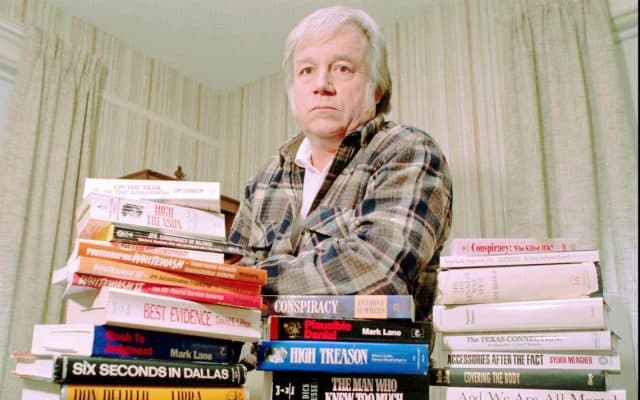 My Petition for Review by the Wisconsin Supreme Court has been denied without a word of explanation. Here’s a short version of what happened, which is about as outrageous as it gets. Yet the highest WI court has passed on it, unwilling to clean up the mess of the Circuit and Appellate Courts in the state: 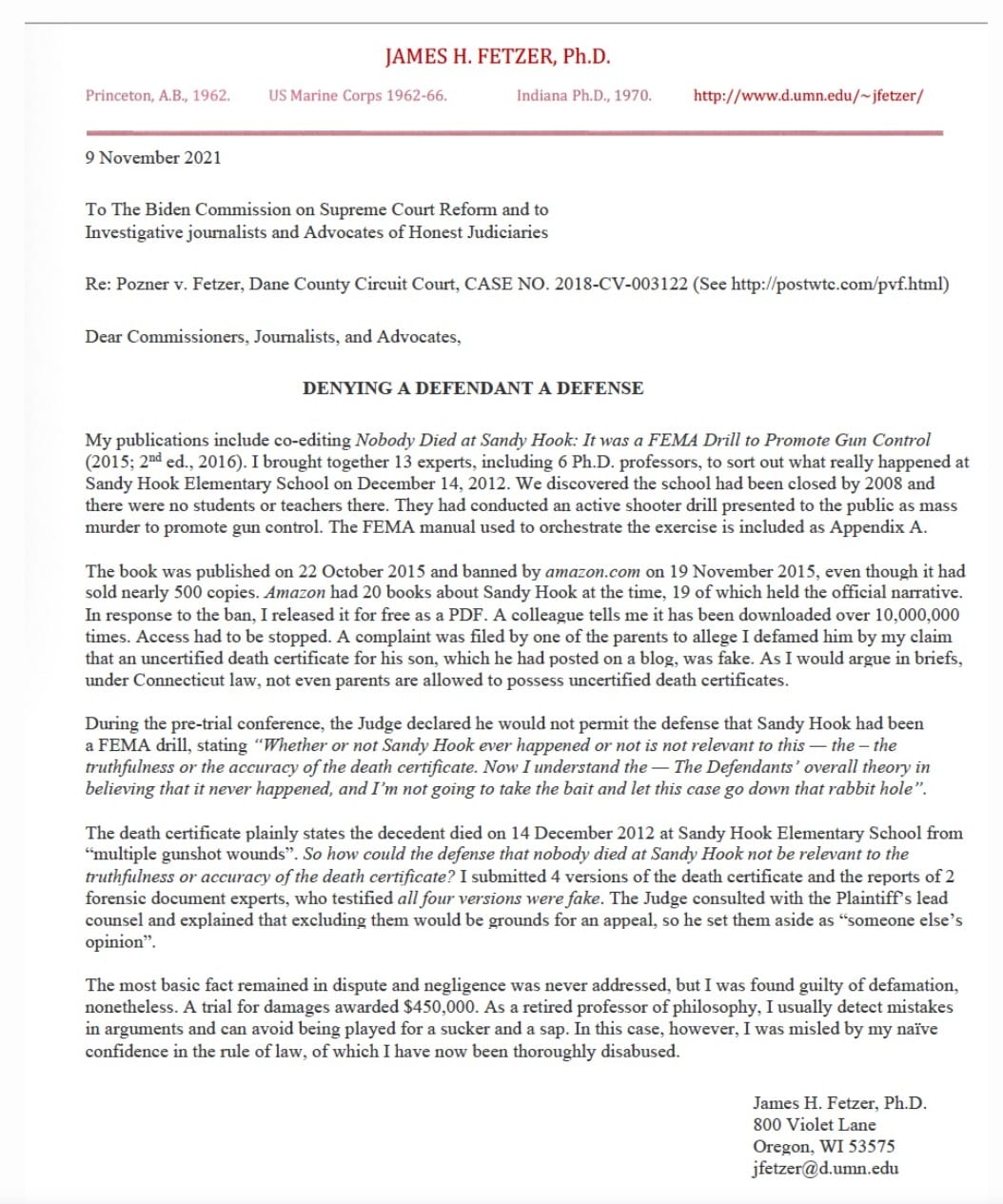