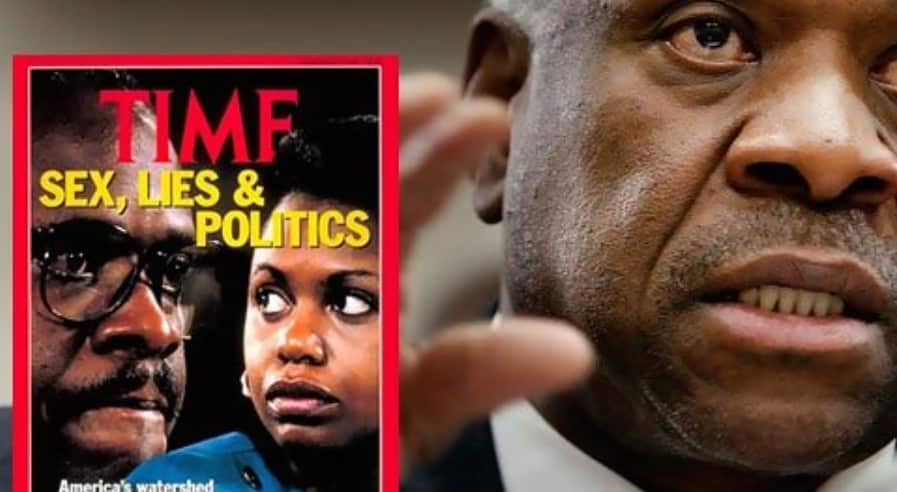 In a June 2021 email, Ginni Thomas said DeSantis should be familiar with her because “my husband has been in contact with him.”https://t.co/h3p2EdEWCY

The report focused on wife Ginni Thomas, reporting “it was after Trump’s November loss that she would prove her loyalty beyond doubt when she and her group urged on efforts to overturn the election.”

For the three decades that Clarence Thomas has sat on the Supreme Court, he and Ginni Thomas have worked in tandem to take aim at targets like Roe v. Wade and affirmative action. Her views, once seen as fringe, have come to dominate the Republican Party. https://t.co/bcr9deqxR3

“New reporting also shows just how blurred the lines between the couple’s interests became during the effort to overturn the 2020 election, which culminated in the rally held at the Ellipse, just outside the White House grounds, aimed at stopping Congress from certifying the state votes that gave Joe Biden his victory.

Many of the rally organizers and those advising Trump had connections to the Thomases, but little has been known about what role, if any, Ginni Thomas played, beyond the fact that on the morning of the March to Save America, as the rally was called, she urged her Facebook followers to watch how the day unfolded,” the newspaper reported.

If Clarence Thomas is so concerned with the Supreme Court appearing partisan – he’d recuse himself from cases that clearly overlap with his wife Ginni Thomas’ ultra-right agenda. pic.twitter.com/3jQzYKcWds

“In the weeks after Trump’s loss, court challenges began to pile up from his team, his allies and even Republican lawmakers,” the newspaper reported.

“By then, the network around the Thomases was lighting up. On Dec. 10, a former Thomas clerk and close friend of the couple’s, John C. Eastman, went on ‘War Room,’ a podcast and radio show hosted by Bannon. Eastman argued that the country was already at the point of a constitutional crisis — and he urged the Supreme Court to intervene. Bannon eagerly agreed.”

The report noted Ginni Thomas was not only tied to Eastman and Bannon but also Cleta Mitchell, who was on Trump’s Jan. 2 call trying to overturn the election results in Georgia.

“Turning Point USA, on whose advisory board Ginni Thomas had served, was a sponsor of the Jan. 6 event and provided buses for attendees.