NEO:  What I am writing here I have been warned against. As we move toward the last full week of February 2022, we are told that the world is on the brink of war. But who believes this?

Certainly, anyone reading the Western media, you know the ones, CNN, the BBC, the Guardian, all but Fox News, keep getting the same story. If we listened, and by “we,” I mean the people of the world, we would be cowering in shelters digging holes in our backyards. No one is doing this. Thus, we can assume that no one believes there is going to be a war.

What those who do know, the few real “insiders,” is that war as we know it, or knew it, simply can’t exist.

Much of America’s strength is in its navy, carrier battle groups. Today they are totally vulnerable to land-based missiles that exist “on the cheap” covering not only the Persian Gulf but the Indian Ocean as well, so far from shore that attacks on Iran are incomprehensible, well out of range for carrier-based planes.

Similarly, the Mediterranean is being patrolled by nation upon nation, but the naval balance belongs to Russia with its newly arrive Kinzhal hypersonic missiles ranging easily past Gibraltar and beyond.

These are the last days for armored attacks, for aircraft carriers, or for blitzkrieg, for anyone. Modern drones, loiter munitions, and area denial weapons make what we knew of war to be pipe dreams. Today’s battlefield, with “theatre level players” is unsurvivable, except for submarines, space weapons, and stealth aircraft that land on airfields that can be destroyed in moments.

No American government could survive losing an aircraft carrier, particularly to Iran.

War, as it is described to us by the cheerleaders of the military-industrial complex of the West and its media whores, is a con.

So, what is the game here?

Simply put, no one seems to know, though some can guess. Those whose guesses are closest to the truth are considered conspiracy theorists and cranks, although the worst and most childish tales are being peddled by mainstream media, not from Qanon or the endless app-based fake news networks.

There are no “respected” experts writing for the mainstream media. They don’t exist. They may never have existed as men like Cronkite or Murrow may only have been better actors than we see today. 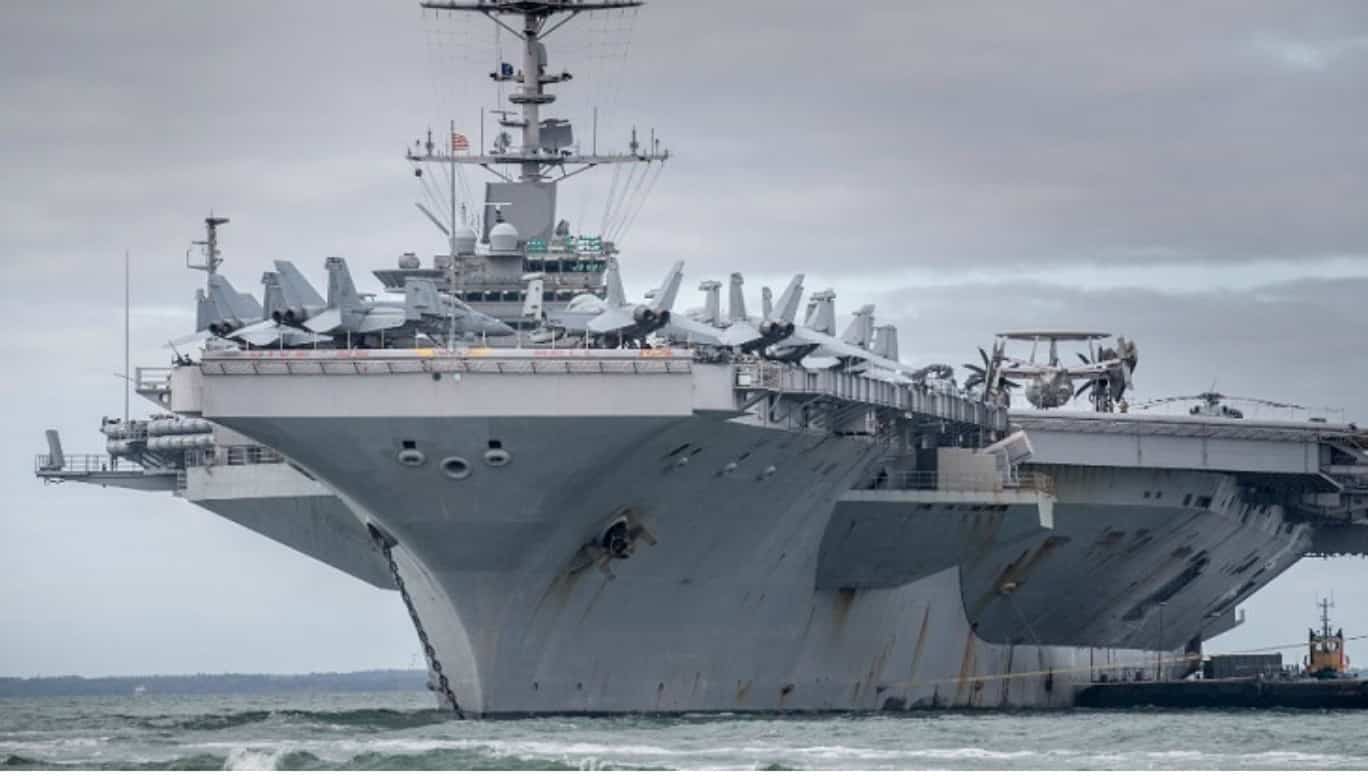 Let’s look at some examples.

Most recently I reviewed an article by the BBC on “false flags.” They had serious trouble coming up with examples as, and I say this well-armed with specific knowledge, as it is hard to find references to false flag attacks that don’t involve Britain and/or the United States. They did, however, land on the Tonkin Gulf incident. This must have made them cry.

Back in 1964, the US staged a fake attack by North Vietnam on US naval forces in the South China Sea. This led to a congressional resolution that allowed the US to go to war in South Vietnam to prevent the enactment of the Geneva Accords that specified reunification of Vietnam.
From here we could go into a subcategory of false flag events tied to broken promises and treaties.

Today, the better experts, such as they are, look to the West to either fake an invasion of Ukraine, far more likely, stage a gas attack killing thousands of civilians.

Current black ops capabilities of the West, control of media, control of UN chemical weapons investigators, and a long history of faking gas attacks using the White Helmets, make this the “go-to” strategy for the US.

The parallel with Vietnam? Vietnam was promised a plebiscite and reunification. Instead, they got a decade and a half of carpet bombing and a country soaked with dioxin, which has been killing now for generations.

With Ukraine, of course, we have the promise of no NATO expansion eastward. Excuse my use of a cheap press tactic but I can’t resist. Everyone knows the US promised the Soviets/Russians, so long ago, that no Eastern Bloc nation part of the former Soviet Union would either join NATO or host American forces.

Yet American marines sit there in Latvia, an AEGIS radar is in Romania and Poland has become a center for training right-wing terrorists in facilities that, during the War on Terror, housed thousands of innocent civilians who spent years being tortured to support false flag narratives.

When “they” got away with 9/11, it became clear that no lie was too big, no assault of decency or even reality itself was too big.
Having debriefed several of the silenced investigators of 9/11, some things became clear that are important to understand when looking at what is playing out today.

First of all, the perpetrators weren’t nation-states at all.

According to investigators, 9/11 was planned and executed by a cabal of American billionaires, almost all of whom have backed Donald Trump as well, working hand in hand with Israeli Likudists, Saudi Arabia, Turkey, Ukraine, the Republic of Georgia and key members of the former South African government.

Stolen nuclear weapons from a virtually unguarded depot in Texas were passed on to international arms dealers and transported to Mali, where Israeli scientists reconfigured them for use against the United States.

They were then flown by private plane to Teterboro Airport, allegedly on a plane lent to the Mossad by Jeffrey Epstein and transported to the 3 towers.

The plane attacks were a decoy. It is impossible to hijack a modern “fly by wire” aircraft, as there are full control overrides that can be remotely activated by the CIA as part of the engine management system. Any more on this violates security protocols.

A Reagan-era presidential order specified that any domestic aircraft that was over a populated area of the United States would be shot down. The reason Reagan gave, and I have interviewed those in the room, is that the plane would be assumed to be a weapon of mass destruction and that a school, sporting event, or such would be the likely target.

This is simply an inexorable fact, one that many knew, certainly congress, the Pentagon, and the security services. All knew 9/11 was a false flag long before the fake “yellowcake uranium” or the underground fortresses of Afghanistan that still can’t be located.

No, Osama bin Laden (AKA Colonel Timothy Osman) was in no way involved. I reviewed this with bin Laden’s handler who talked about meeting with Oxford-educated Osama bin Laden on many occasions related to the secret war on Russia that played out in Afghanistan.

There is so much more to tell but this is not the time or place. It is sufficient to establish that the entirety of the Global War on Terror was and is a false flag and that events that play out today are a continuation.

What about COVID? Is it a false flag as well?

One could easily establish that “gain of function” research with dangerous diseases has risks that outweigh gains.

In fact, there are no potential gains at all unless one were to “repackage” germ warfare programs behind thinly veiled lies.

This seems to be where COVID originated.

Based on what has played out, a new chess board opened based on disease-driven chaos theory vectors. Nearly all events, be it gas shortages, fuel costs, right-wing extremism and the spread of terrorism across Africa at an unprecedented level, tie orchestrated COVID responses to a larger plan of realigning the world.

That realignment is far from for the better. It serves militarism, extremism, and those of wealth and power. Those who have died are victims of terrorism.

War is a thing of the past. Or is it? Why fight a war when you can have oil-rich sheiks recruit the poverty-stricken young from around the world, ferry them magically thousands of miles, and unleash a campaign of terror not seen since the Middle Ages.

What if it fails? Simple, like it says on the shampoo bottle, “rinse and repeat.”

It means the United States will see another 9/11. Britain will see another 7/7 as well, the test of terror defense capabilities of the London Underground that, almost magically, turned into a real terror attack.

Who would have guessed that the agencies used by MI 5 and Special Branch to hire actors for a terrorism simulation would have hired real terrorists instead?

You don’t believe this?

Britain extradited John Anthony Hill from Ireland and put him on trial for saying exactly what I am here. A British jury found him “not guilty” and in doing so found that the British government had lied about every aspect of 7/7.

Google has buried this truth as it does nearly all others, but this is why Google exists, isn’t it?

That’s ok, the British government destroyed the file on the trial anyway:

Dear P Newton Freedom of Information Act (FOIA) Request – 201117003 Thank you for your request received on 17 November 2020 in which you asked for the following information from the Ministry of Justice (MoJ):

“It is reported that at 4 pm (16:00) on Thursday 12 May 2011 at Southwark Crown Court, a jury returned and declared Muad’Dib (Anthony John Hill) innocent of attempting to ‘pervert the course of justice.

Your request has been handled under the FOIA. The MoJ does not hold any information in the scope of your request. This is because there is no legal or business requirement for MoJ to do so due to the Crown Courts retention policy of 7 years the file has been destroyed. The FOIA does not oblige a public authority to create information to answer a request if the requested information is not held. The duty is to only provide the recorded information held.

Thus, we are driven to ask, is there a “cohesion” or “mosaic” behind the events that seem to spiral hellishly as though they have a life of their own?

Can a pandemic like COVID be tied to color revolutions, to false flag terrorism, to global cabals that market oil, minerals, or human beings with the same malignant enthusiasm?