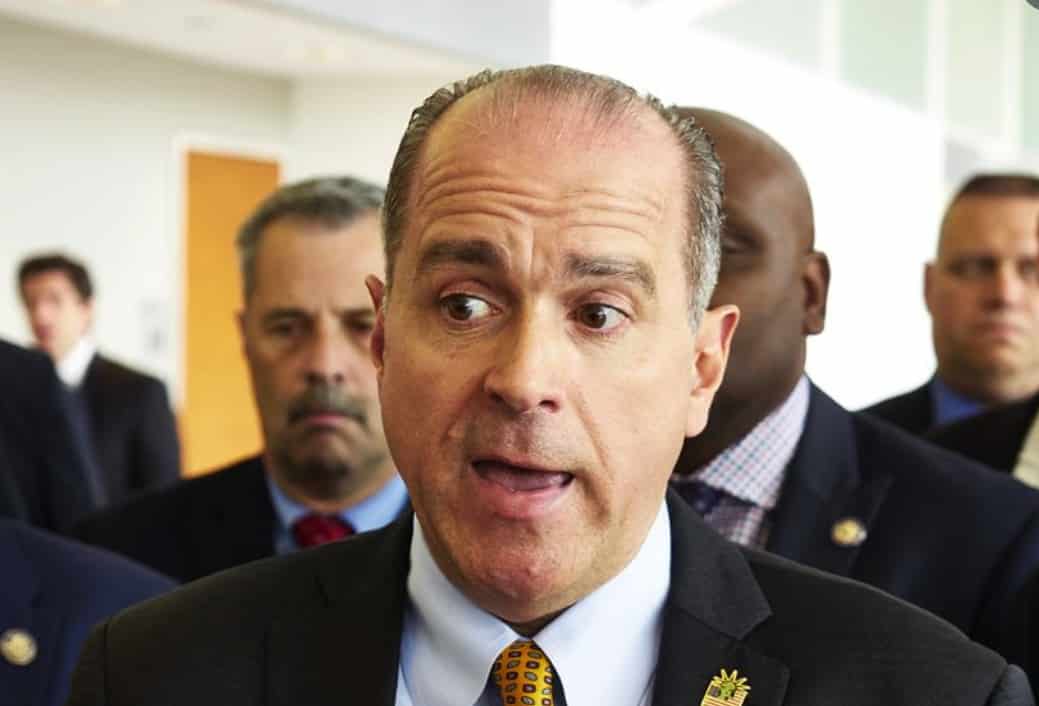 SBA president Ed Mullins, who has faced misconduct charges for his bigotry, endorsed Trump in 2020.

This is Ed Mullins, head of an NYPD union. He's the guy that declared "war" on NYC's mayor.

The news comes months after the Federal Bureau of Investigation executed search warrants on the union’s New York City offices and Mullins’ home.

#breaking Per @jonathan4ny, the FBI has executed search warrants at the home of SBA president Ed Mullins and the Sergeants Union headquarters in Lower Manhattan #nbc4ny #nypd pic.twitter.com/F2TCO2BDjR

“Little info has emerged since agents were seen on Oct. 5, 2021, hauling boxes of documents from Mullins’ residence in Port Washington and the union offices on Worth Street in Lower Manhattan. Federal sources have only said the raid was connected to alleged theft of SBA funds,” the NY Post reported.