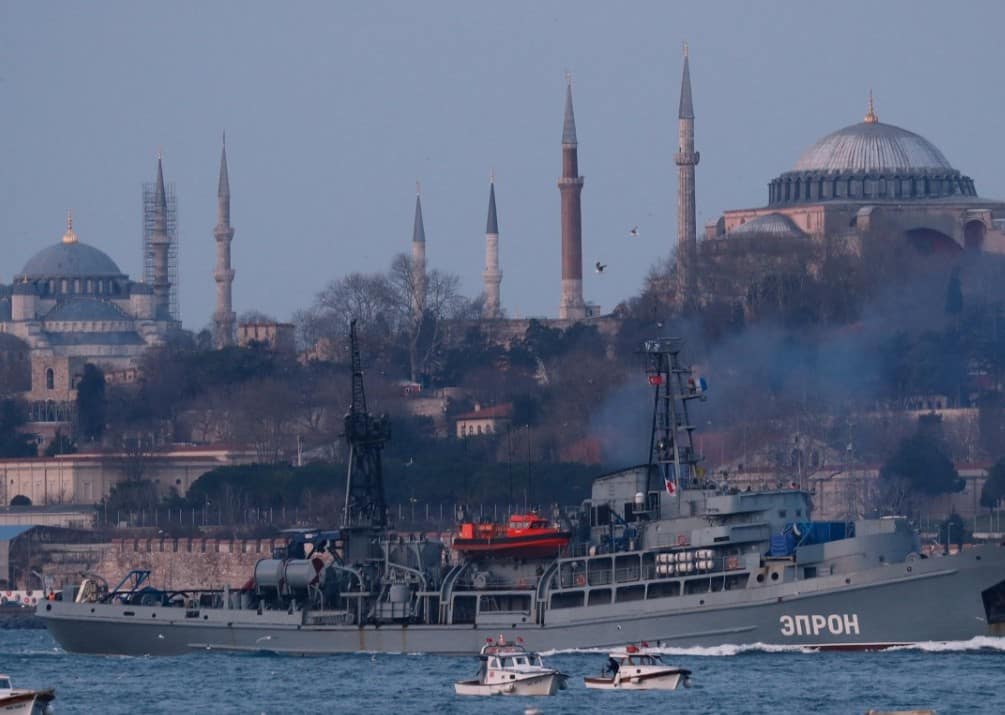 RT: Ukraine has asked Turkey to cut off Russian access to the Bosphorus and Dardanelles straits after Moscow launched an attack on multiple Ukrainian cities in the early hours of Thursday morning.

Kiev’s demand to suspend Russian ships’ access through the straits was conveyed by Ukraine’s Ambassador to Turkey, Vasyl Bodnar, who also lobbied for the closure of Turkey’s airspace to Russian planes, news agency Reuters reported.

The move comes in response to Russian air and ground attacks launched on Ukrainian military installations, airports, and cities, including the capital, Kiev, throughout the course of Thursday. The offensive was dubbed a ‘special military operation’ by President Vladimir Putin.

“We are calling for the air space, [and the] Bosphorus and Dardanelles straits to be closed. We have conveyed our relevant demand to the Turkish side. At the same time, we want sanctions imposed on the Russian side,” Ukraine’s Ambassador Vasyl Bodnar told a news conference in Ankara.

The Dardanelles Strait provides access from the Aegean Sea into the Sea of Marmara, and the Bosphorus Strait, along which Istanbul is built, links the Sea of Marmara to the Black Sea. Discontinued use of this route would essentially disconnect Russia’s south-westerly ports on the north coast of the Black Sea from Europe.

Under a 1936 pact, Ankara has control over the straits and may limit warship passages during wartime or if threatened.

Ukraine’s request could cause complications for Turkey, a nation which, despite its membership of western military bloc NATO, also shares a maritime border with Ukraine and Russia in the Black Sea, and has good relations with both countries.

Turkey has opposed sanctions on Moscow, while other NATO members have pushed for anti-Russia measures to be implemented, targeted predominantly at crippling the country’s economy. President Tayyip Erdogan, while he has condemned Russia’s actions in Ukraine, stressed that his government would strive to maintain ties with both Russia and Ukraine, while still taking the correct steps in the management of the crisis.