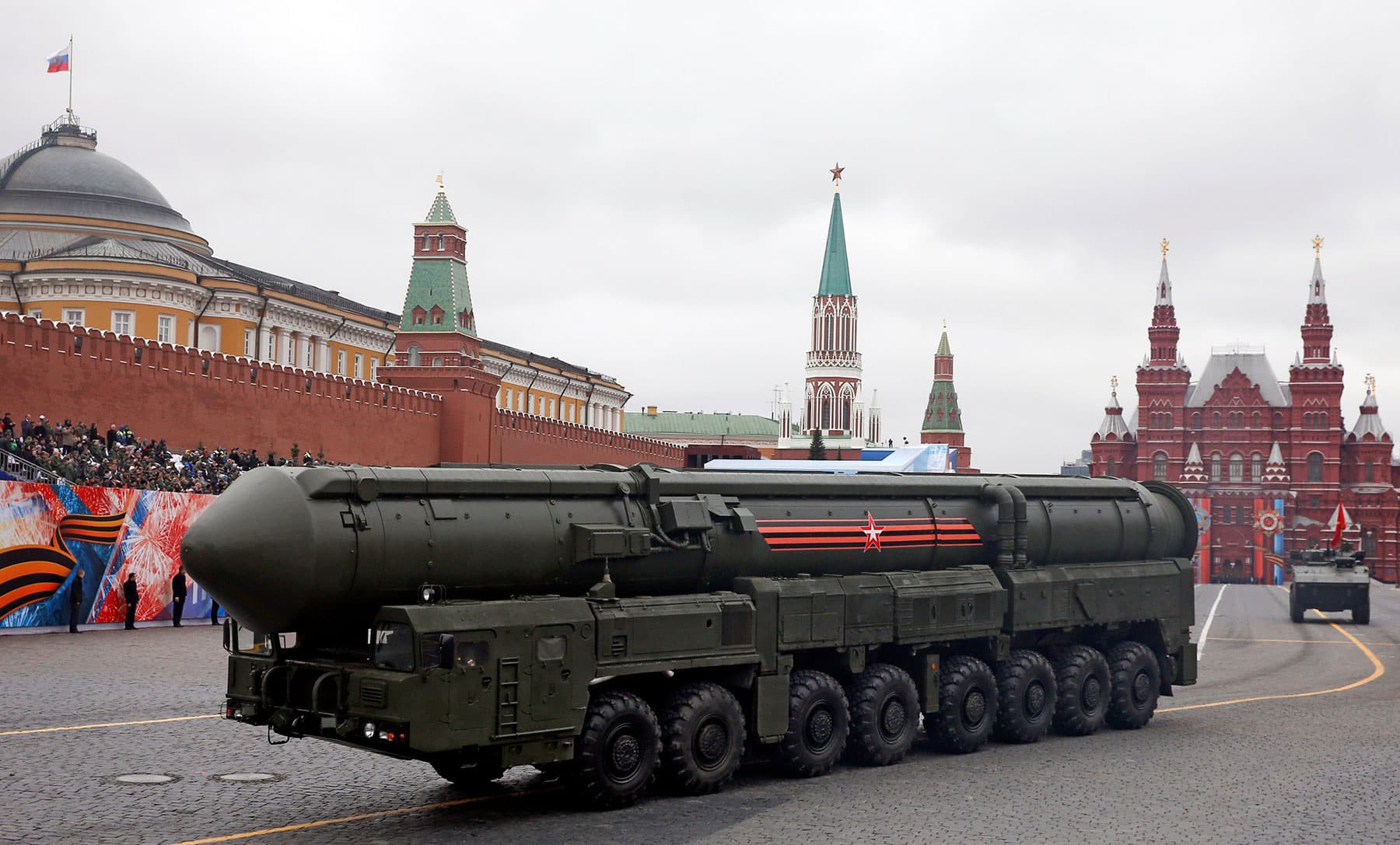 By John Smith for VT

As I have previously written, President Putin was not going to find a military conflict with Ukraine to be quick nor easy, especially considering the upgrade in Ukraine military preparedness and insurgency training and equipment by the CIA with the various Ukrainian militias. Couple that with what I stated concerning the readiness of the Russian military, he’s in a perfect storm now.

The Russian military is bogged down due to heavy Ukrainian resistance and suffering a much larger loss of equipment and soldiers. NATO countries today agreed to provide additional anti-aircraft equipment, ammunition, and other military supplies; NATO as well has activated its Rapid Deployment Force, to led by France, to the neighboring NATO countries surrounding Ukraine.

However, President Putin has decided to up the ante now, verified with video footage from the ground, of 4 Russian Topol-M Intercontinental Ballistic missile (ICBM) systems from Moscow to Western Russia.

The Topol-M is a solid-propellant intercontinental ballistic missile with three stages. It is composed of a single nuclear warhead in accordance with the arms control agreement between the United States and Russia. The design has the capability of supporting MIRV warheads. The missile has a radius of 11,000 kilometers and can travel at a velocity of 17,400 kilometers per hour. The range places all of the Eastern United States and all of Europe within the range of the Russian Topol-M Intercontinental Ballistic missile (ICBM) system.

This step could create another Cuban Missile crisis at the most, and likely to increase the chances of NATO and/or US involvement in Ukraine. This move goes against the usual pragmatism President Putin has demonstrated in the past and seems to be a grave mistake. “As for military affairs, even after the dissolution of the USSR and losing a considerable part of its capabilities, today’s Russia remains one of the most powerful nuclear states,” Putin said, in his pre-invasion address. Russian President Vladimir Putin’s remark strikes a sensitive spot in the Pentagon because this emphasizes a lengthy fear that he could be willing for using nuclear weapons against Europe deliberately in the event of a conflict. Putin’s words, in particular, have a strong undercurrent of emotion and rage to them, which is noteworthy. 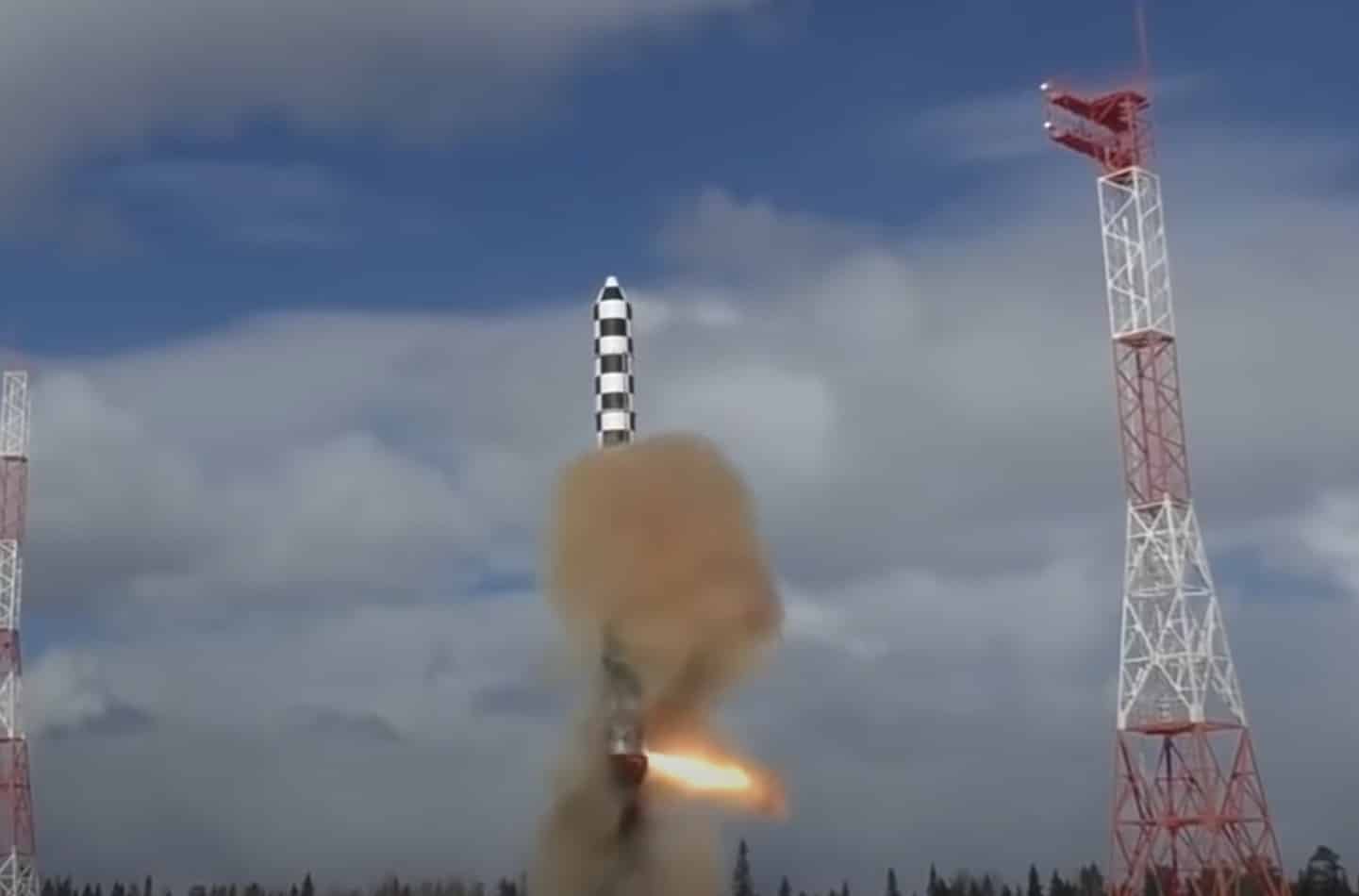 This new development can and will have an impact on the direction of this conflict. The United States and NATO will not allow a potential threat of a nuclear attack to happen and if President Putin thinks this will deescalate this situation, it more than likely will have the opposite effect. Putin wants to expand Russia’s sovereignty and control over political leaders in the former Soviet Satellite States and recover as much of the former Soviet empire and reputation as possible, he’s clearly willing to take risks in accomplishing this. Times have changed and the era of the old USSR is over. A younger generation has experienced freedom and is more technologically connected than ever before. It is impossible to put the genie back into the old Soviet bottle.

What are the potential outcomes? While previously I would have relied upon Putin’s pragmatism, I must now defer to someone that is becoming obsessed with power and control. Russia has approximately 1/3 of its military involvement in the Ukraine operation, this comes at a cost financially, with manpower, and equipment.  Russia is becoming bogged down in this conflict and still stands the repercussions of a counterinsurgency conflict should it even be successful in toppling the Ukrainian government. These provocative moves also increase the likelihood of what the Neoconservatives and Neoliberals want, a major war with Russia. This also increases the options of NATO becoming fully involved seeing that Eastern European NATO members are resupplying the Ukrainian government.

What needs to happen is a ceasefire, withdrawal of all troops, and sit down for a meaningful discussion concerning Russian concerns and NATO, especially concerns for Ukrainian sovereignty.  Nuclear war is a lose, lose situation and should not even be on the table nor threatened by any party. Putin has to abandon the idea of a resurrected USSR, understand that his own citizens oppose the war, and come back into the global economy as a productive Superpower. Otherwise, Putin faces what one other overzealous German leader faced in 1945. You can’t claim to fight fascism by being a fascist!