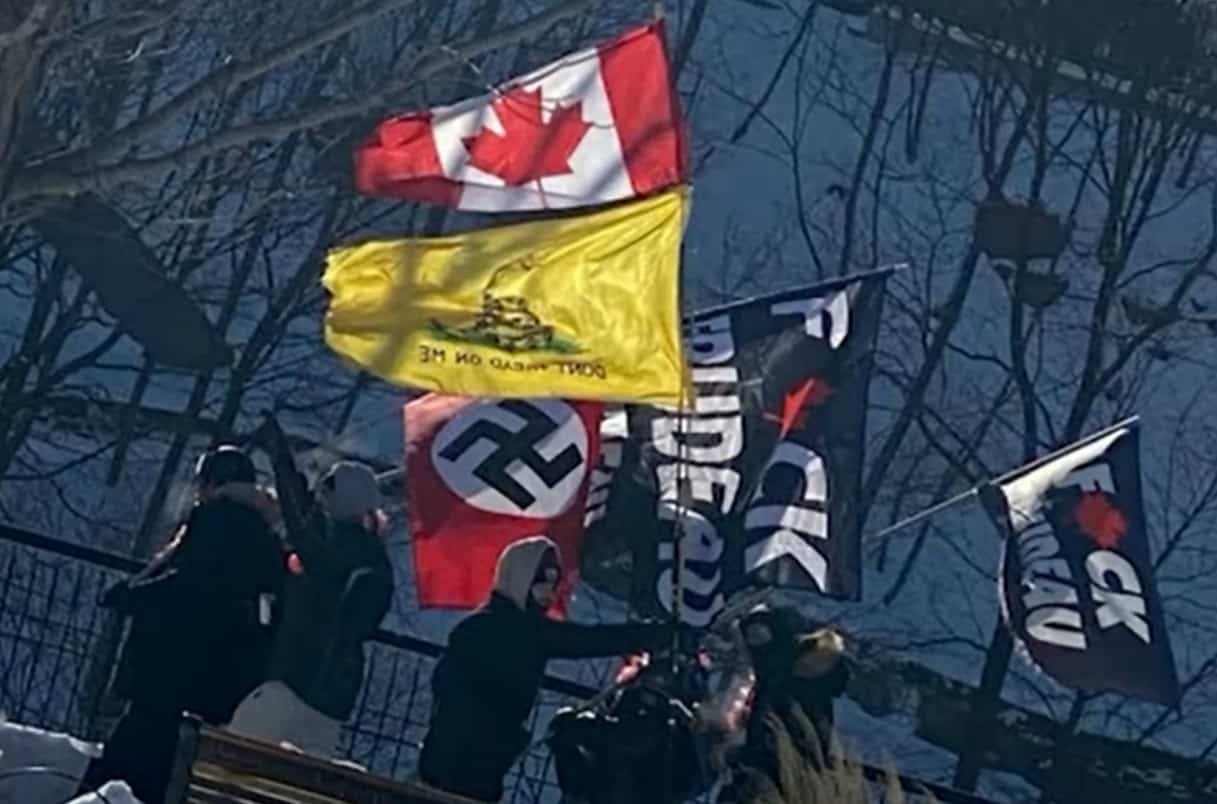 Alternet: One dark-money conservative group that was developed to fund efforts challenging the outcome of the presidential election pivoted its financial efforts to support the trucker convoy, per a new report published by The Daily Beast.

By Wednesday, February 23, the American Foundation for Civil Liberties and Freedoms (AFCLF) had raised a total of $464,731 for what is protesters have billed “the People’s Convoy.” In recent days, the group’s fundraising amount has tripled and is expected to continue to increase in the coming days.

The far-right group, which previously focused on raising funding to push former President Donald Trump’s false election claims, has stated that “100% OF THE DONATIONS GO TO SUPPORTING THE CONVOY!”

“Convoy up, America — the donate button is going toward the funding of the ride to Freedom: we are going to take back our country for ourselves and future generations!” the group’s website says. The group explained that donated funds will “reimburse fuel and hard costs of the trucker,” as they noted that “the fund is being handled by volunteer accountants and overseen by a law firm.”

Since the group is categorized as a non-profit structured under section 501(c)3 of the tax code, the AFCLF has the advantage of getting the best of both worlds: tax-deductible donations, which would be considered “gifts,” and the ability to conceal the identity of its donors.

SOURCEAlternet.org
ATTENTION READERS
Due to the nature of independent content, VT cannot guarantee content validity.
We ask you to Read Our Content Policy so a clear comprehension of VT's independent non-censored media is understood and given its proper place in the world of news, opinion and media.