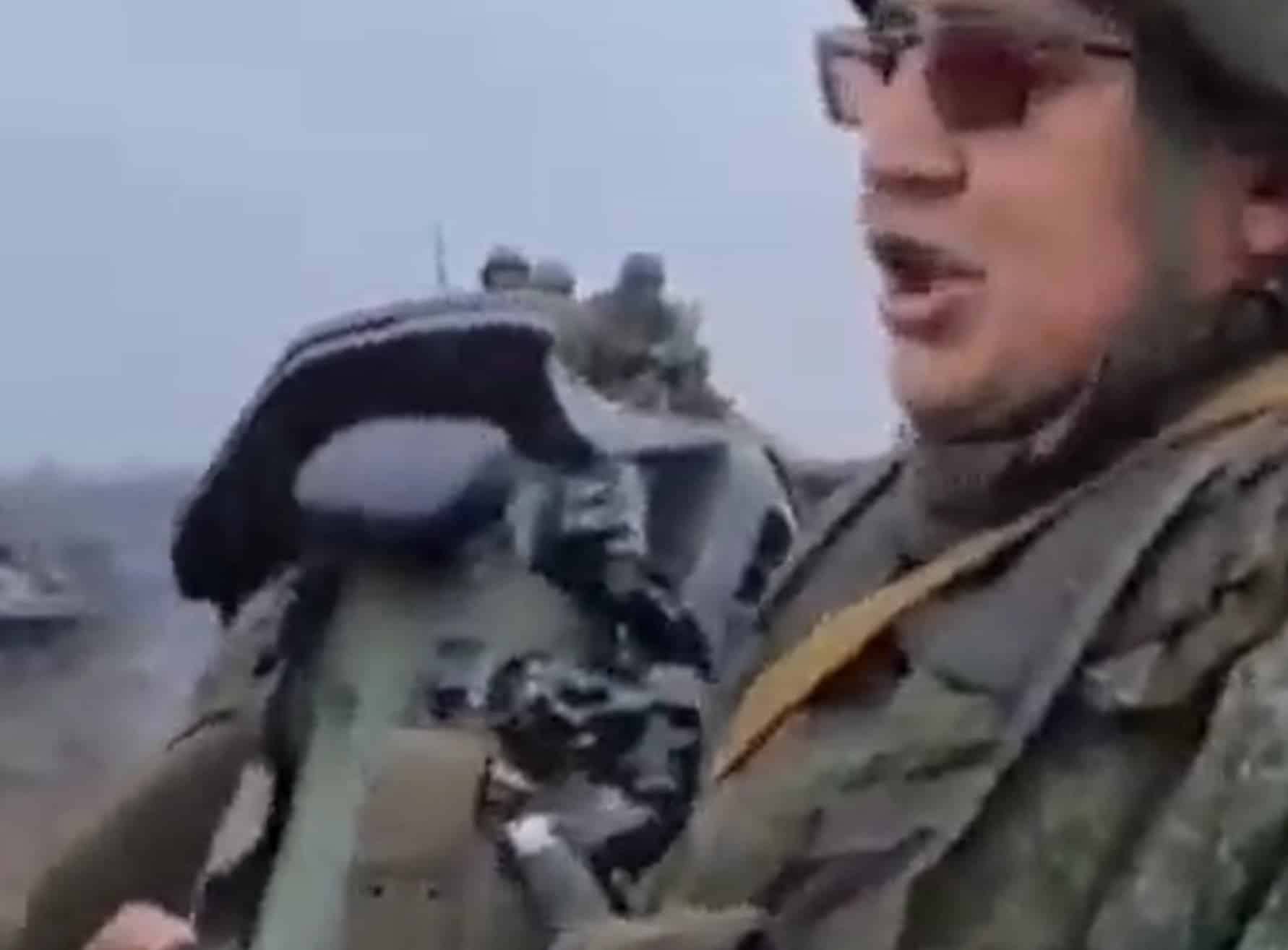 US President Joe Biden boasted in January he had already sent more than $600 million worth of military aid to Ukraine since taking office a year prior. On Thursday, Congressional Democrats announced plans to send another $600 million.

Captured NLAW anti-tank missile system in the hands of a Russian soldier. pic.twitter.com/2ZvVBMb1UE

The Russian military said on Friday it had seized a large cache of Western-supplied weapons inside of Ukraine.

During the hostilities, a large number of weapons delivered by Western countries to Ukraine over the past few months have been captured

American Javelin and British NLAW anti-tank missiles are among the trophies pic.twitter.com/b6yVRnP9ah

The cache included American-made FGM-148 Javelin and British-made MBT NLAW anti-tank missiles, according to the Russian Ministry of Defense.

#Russian correspondent demonstrates a #British NLAW ATGM captured in the positions of the Armed Forces of #Ukraine. As reported, the weapons were abandoned by the Ukrainian military during the retreat from the settlement of Lopaskino pic.twitter.com/uy2FTI1rnd

The two fire-and-forget missile systems have been a key part of Western aid supplied to Ukraine in recent years, intended to be a soft defense against Russia’s considerable armored forces. Biden said in January that he had already sent $600 million in aid to Ukraine, which was just a drop in the bucket of shipments sent since 2014. However, the NLAWs only arrived last month as part of a rushed shipment amid tense negotiations between Russia and NATO.

NATO said on Friday it would continue to provide “practical assistance” to Ukraine and called on other states to do the same. Secretary-General Jens Stoltenberg said that would include air defense systems.

“We condemn in the strongest possible terms Russia’s full-scale invasion of Ukraine, enabled by Belarus. We call on Russia to immediately cease its military assault, to withdraw all its forces from Ukraine and to turn back from the path of aggression it has chosen,” the Brussels-based alliance said. Ukraine is not a member of the alliance, but has cooperated closely with the bloc and was considered a prospective future candidate for membership – one of Russia’s key objections in the security talks prior to the present conflict.

The MoD said on Friday that it had destroyed a total of 211 military infrastructure facilities in Ukraine since the present “neutralization” operation began on Thursday morning. The cities of Konotop and Sumy, in northeastern Ukraine, had also been blockaded by the Russian Army. Other cities near the border have also been blockaded and circumvented by Russian forces, including historic Chernigov.

Russian President Vladimir Putin announced the present operation on Thursday morning, saying that Ukraine would be rendered a neutral country and the “Nazi” leadership would be removed. He also said that perpetrators of war crimes against the People’s Republics of Donetsk and Lugansk, which rebelled against Kiev in 2014, would be brought to justice. On Friday, Putin called on the Ukrainian military to overthrow the government of Ukrainian President Volodymyr Zelensky, saying they might be more reasonable to negotiate with.