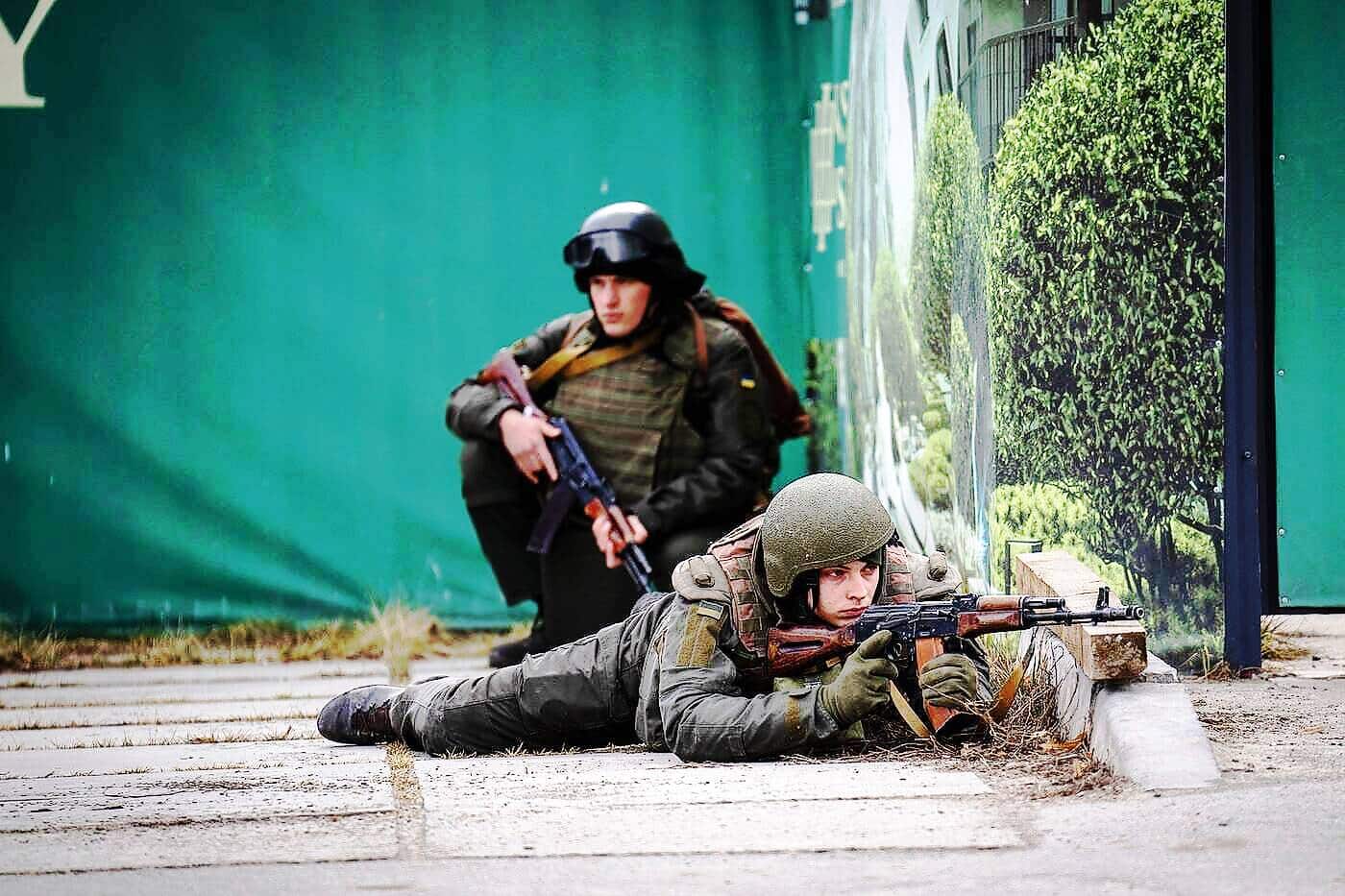 Well I got it wrong last week! I thought that Russia might have been offered genuine concessions, but apparently not. Russia’s very able armed forces commenced military operations against the Ukraine on Thursday. I have been predicting a Russian move against the Ukraine for some time however, well before the MSM, the UK Ministry of Defence or the Pentagon.

Unlike MOD and the Pentagon, with every respect, I understand and comprehend Russian concerns over the firing of the SHEWS weapon system from Ukrainian soil and share Russian concerns over the ongoing loss of life in the Donbas. Of course being well ahead of the media pack in predicting trouble in the Ukraine wasn’t enough to persuade the British Government actually to consult me! I have only been consulted within the Intelligence Community. I am backing Russia and wish her courageous Armed Forces God Speed in battle against the evil, EU-backed Ukrainian enemy. Many Brexiteers will be with me, even if they haven’t grasped that the Ukraine is a German client state, a modern day version of the Reichskommisariat Ukraine.

The MSM have been banging on about a ‘full-scale’ invasion, however I’m not sure it is. It’s a major military operation, but it appears to have limited strategic objectives:

(1)    Liberation of the Donbas republics, the Luhansk and Donetsk People’s Republics, very properly recognised by the Russian Federation on Monday. (Saying that they’re self-proclaimed doesn’t take the matter very much further – the USA and France are self-proclaimed republics.)

(2)     Encirclement, capture and temporary occupation of the Ukrainian capital, Kiev, and

It’s clear that the Russian government intends to liberate the entire territory of the Donbas Republics, not just the areas under militia control, roughly one-third of the total territory of the republics. In practice this could not be done without significantly degrading Ukrainian air defense capabilities.

Russian forces are presently encircling Kiev. The city will be given an opportunity to surrender, evidently with a view to sparing civilian life. Kiev is not being bombarded night and day by tube and rocket artillery like Berlin was, entirely justifiably, in 1945. Ever willing to bash Russia our deracinated MSM are trying to pretend otherwise of course, passing off photographs of damage caused by shot down Ukrainian Air Force planes crashing as damage caused by artillery rounds, for example. The odd round is bound to go astray of course, but the Russians are clearly trying to limit civilian casualties.

It’s clear that Russia has no intention of occupying the Ukraine, or reintegrating it into Russia. Ukraine was of course an integral part of the Russian Empire until 1917. President Putin with respect was entirely correct in referring to the German agent Lenin as having been instrumental in the establishment of the Ukrainian Soviet Socialist Republic, although he didn’t identify Lenin as a German asset. (The MSM of course continue to labor under the delusion that Vladimir Lenin was a communist.)

It’s also clear that President Putin has a plan for the governance of Ukraine after Russia’s military victory. I don’t know what that plan is exactly, indeed it’s one of the missing elements that caused me to doubt last week that Russia was going to invade. All I know is that the Russians are working to a plan. Unlike British Prime Minister Boris Johnson and US dictator, no offense intended, Joseph Biden, President Putin knows what he’s doing.

I am fairly sure that Volodymyr Zelenskyy, a latter-day Erich Koch, who supports Ukrainian membership of the EU, doesn’t feature in President Putin’s plans for post-war Ukraine. If I were Zelenskyy I’d be quietly packing my bags and planning a swift exit to Germany, although I would advise against flying from Boryspil International Airport, the airport for Kiev. (Hostomel, which has been the scene of fierce fighting, is an Antonov facility, on the other side of town.) Indeed I would advise against flying to Germany from any airport in the Ukraine, even with an offer of double frequent flyer miles.

Capture of Kiev should bring a significant intelligence yield, including on the Ukraine’s involvement in the murderous shoot-down of Malaysian Airlines Flight MH17 in 2014. The red faces in Europe, Britain and the USA would be wonderful to see! I imagine that the notorious SBU (Ukrainian Security Service, not the Scottish Bridge Union) will be dismantled.

To judge from the MSM’s breathless and near-hysterical reporting you would be forgiven for thinking that the Chernobyl nuclear power plants were still operating. For the record Reactor No 4 at Chernobyl was sabotaged by the German DVD in 1986, although thankfully the radiation release was much less than the Germans were hoping for, thanks to some truly heroic damage control. The entire complex was then shut down. 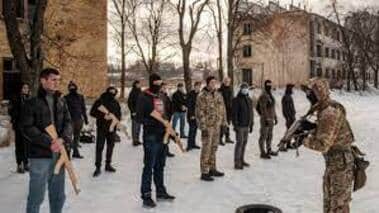 Russian security forces have not captured a working nuclear power station. You couldn’t get enough electricity out of Chernobyl these days to boil a kettle. What they have captured is the Ukrainian SHEWS ground station. Expect fewer surprise earthquakes, Category 4 and 5 hurricanes and sudden volcanic eruptions from now on. There are other ground stations, but all are now being targeted in one way or another. (If you’re in Svalbard, Norway, you may have noticed a slight power loss recently.)

The MSM of course are bewildered, but that’s because not enough of them are reading VT, no offense intended. As a decommissioned and highly radioactive former nuclear power station Chernobyl is the sort of place any sensible invading army would normally want to bypass. Trying to talk to the average journalist – and believe me some of them are very average – about high energy weapons is like trying to talk to the average politician about integrity. There’s no common frame of reference.

One of the reasons why Boris Johnson and Joseph Biden have had to limit themselves to weak and ineffectual sanctions and PR stunts like banning Aeroflot is that the SVR have ample kompromat on them both, no offense intended, ditto the French puppet leader Emmanuel Macron. I have hinted at the kompromat on Boris in this column before, without fear of reprisals, as my sources are sound and the intelligence has been verified by those nice people MI6.

Joseph Biden stole the 2020 election, as he well knows. I am quite sure that Russia’s highly professional SVR know about the Paris dossier, which deals with the interference on electronic voting machines run from Frankfurt by the Correa Group. Both the FSB, who are very nice people with respect (and what’s more show respect to Russia’s friends when they visit Moscow) and the SVR (who are also very good, but not quite as nice as the FSB, no offense intended) are aware of the DVD. That’s where I came in, as I warned the SVR in London about the DVD’s involvement in the shameful, murderous terrorist attack on Russian schoolchildren at Beslan.

The Russians, who are very warm people by the way, love children. Beslan truly appalled and angered them, with every justification. When a Britisher came to them, in complete good faith, with actionable intelligence on the operation, they responded with warmth and gratitude, once they had verified the intelligence of course. I’m not German and I don’t hold with the mass murder of innocent, defenseless kiddies.

The MSM, who cannot understand British and American weakness, will just have to carry on living in bewildered ignorance, I’m afraid. I’m tired of trying to tell them the truth. London and Washington will just have to limit themselves to meaningless paper condemnations and silly sanctions, which Russia will brush off.

The Ukrainian government are fluent and practiced liars, no offense intended. I’m not buying the latest casualty figures from Kiev. I’d divide by ten if I were you. They’re like election returns from Pennsylvania, old Soviet tractor production figures and official British statistics on exports to the EU.

Contrary to media reports the Russian Federation didn’t actually declare war on the Ukraine on Thursday. Effectively the Russian government treated the Ukraine as though it were still Russian territory. Although the Ukraine, being a German puppet state, is not an independent, sovereign nation state she is still treated as such by a great many states. With respect I would have preferred a formal declaration of war. It makes things nice and official. 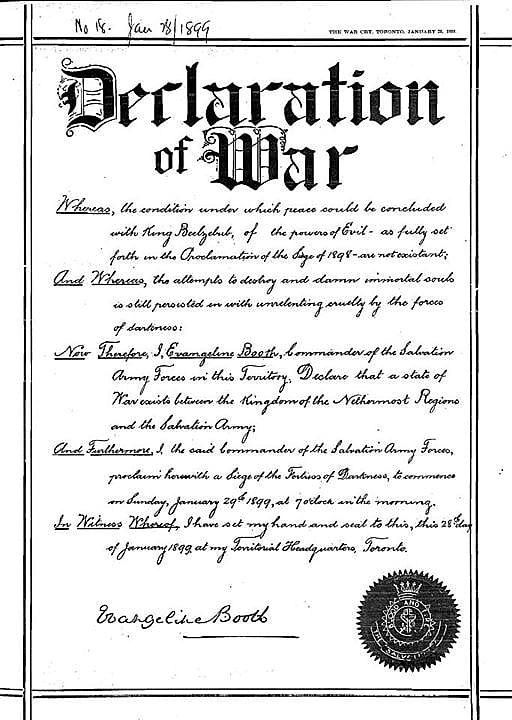 After Afghanistan and Iraq if London or Washington queried the failure to declare war the Russians would fall about laughing. They would have every justification! The last country actually to declare a war was the Republic of Chad. For any journalist reading this, it’s in Africa, next to Libya and the Sudan.

The UN Charter, by the way, badly drafted though it was, didn’t actually outlaw all war. Its language is not materially different to the equally flawed Kellogg-Briand Pact (nothing to do with Corn Flakes). No one suggests that Britain and France could not lawfully have declared war in 1939.

As to casus belli, as I hinted last week, President Putin is on somewhat uncertain ground, despite Ukrainian aggression in the Donbas. I think this is one of those wars where the fighting comes first and the justification comes afterwards.

If President Putin were to go public on the SHEWS ground station he would pull off a diplomatic masterstroke, with respect, which would leave London, Washington and Brussels flat-footed. He would probably be invited on a state visit and have well-wishers queuing up outside the Russian Embassy in London. It would be even more popular than having the Russian Air Force drop a smart bomb on the BBC’s Nick Robinson, currently reporting the Ukrainian point of view from a bunker in Kiev, no offense intended.

London, Brussels, Berlin and Washington only have themselves to blame. Russia was perfectly willing to accept Ukrainian neutrality after the collapse of the Soviet Union. Instead Germany mounted repeated coups d’etat, on one occasion (Maidan Square) arranging for snipers to shoot unarmed demonstrators.

The EU and NATO have made it perfectly clear that they want to anchor the Ukraine in both organisations. For more than thirty years the rest of the West has missed no opportunity to rub Russia’s nose in it. What goes around comes around boys. Enjoy the war. You asked for it and you’ve got it.

Oh, and a word of advice to motorists in Kiev. If you’re planning a drive into the Ukrainian countryside this weekend for a picnic, give way to tanks.