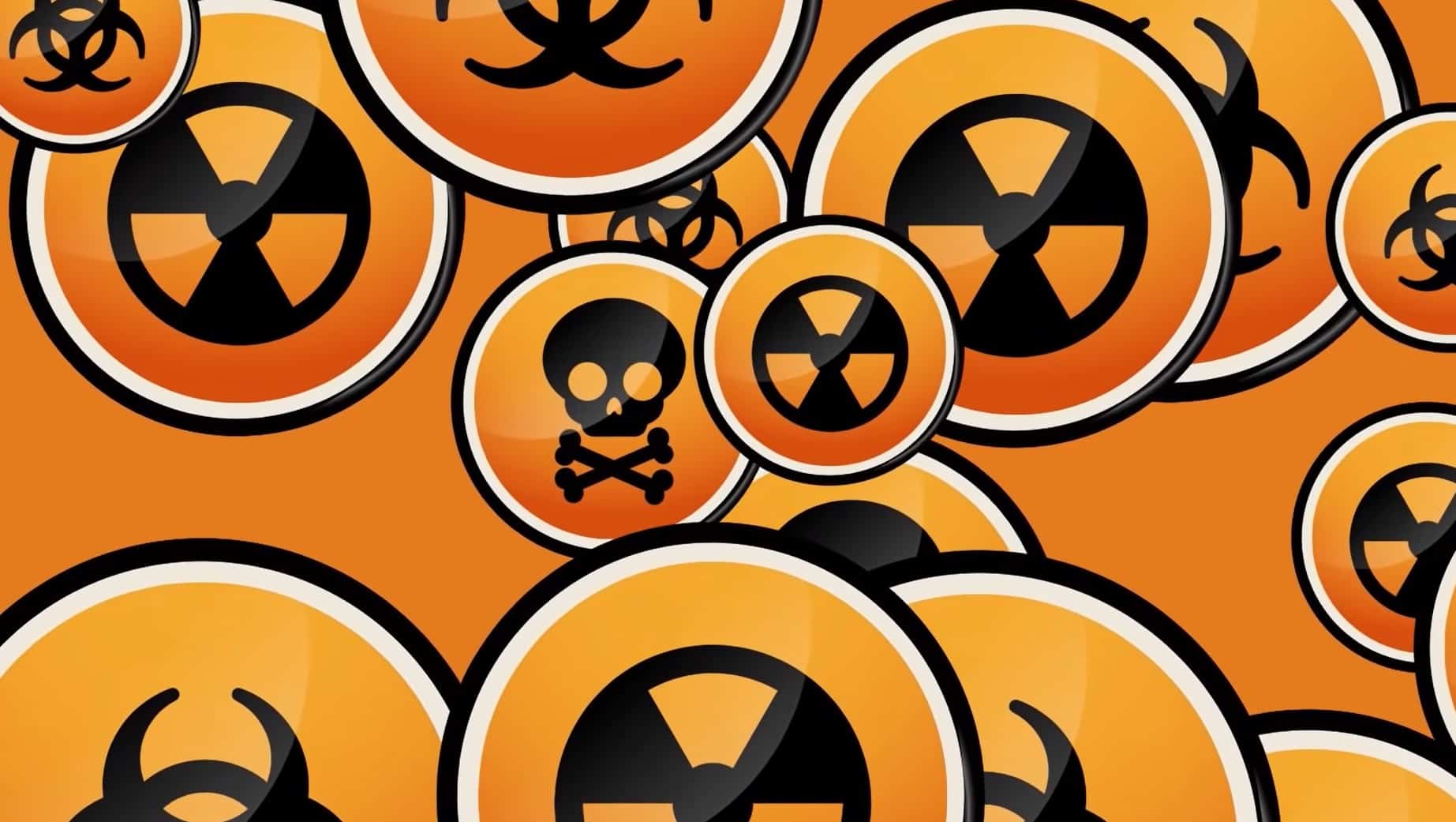 SF: The Russian military special operation in Ukraine coincided with the planned launch of U.S. military biolaboratories in Kiev and Odessa. On February 26, the US Embassy in Ukraine rushed to delete all documents about 11 Pentagon-funded bio-laboratories in Ukraine from its website. All these documents (now deleted by the Embassy), you can read HERE.

In October 2021, the U.S. Defense Threat Reduction Agency (DTRA) of the U.S. Department of Defense published on the U.S. government procurement website an additional agreement on “combating highly dangerous pathogens. The document concerns the final stage of work on the launch of two bio-laboratories in Ukraine: in Kiev and Odessa.

The additional agreement covers the equipping and training of personnel and commissioning of the facilities. The cost of the work is 3.6 million dollars, but some figures in the document are hidden for reasons of secrecy. According to the document, the laboratories were more than 90 percent ready. However, the projects’ completion was delayed up to seven months from the date of signing the document (July 2021), thus to the end of February 2022: 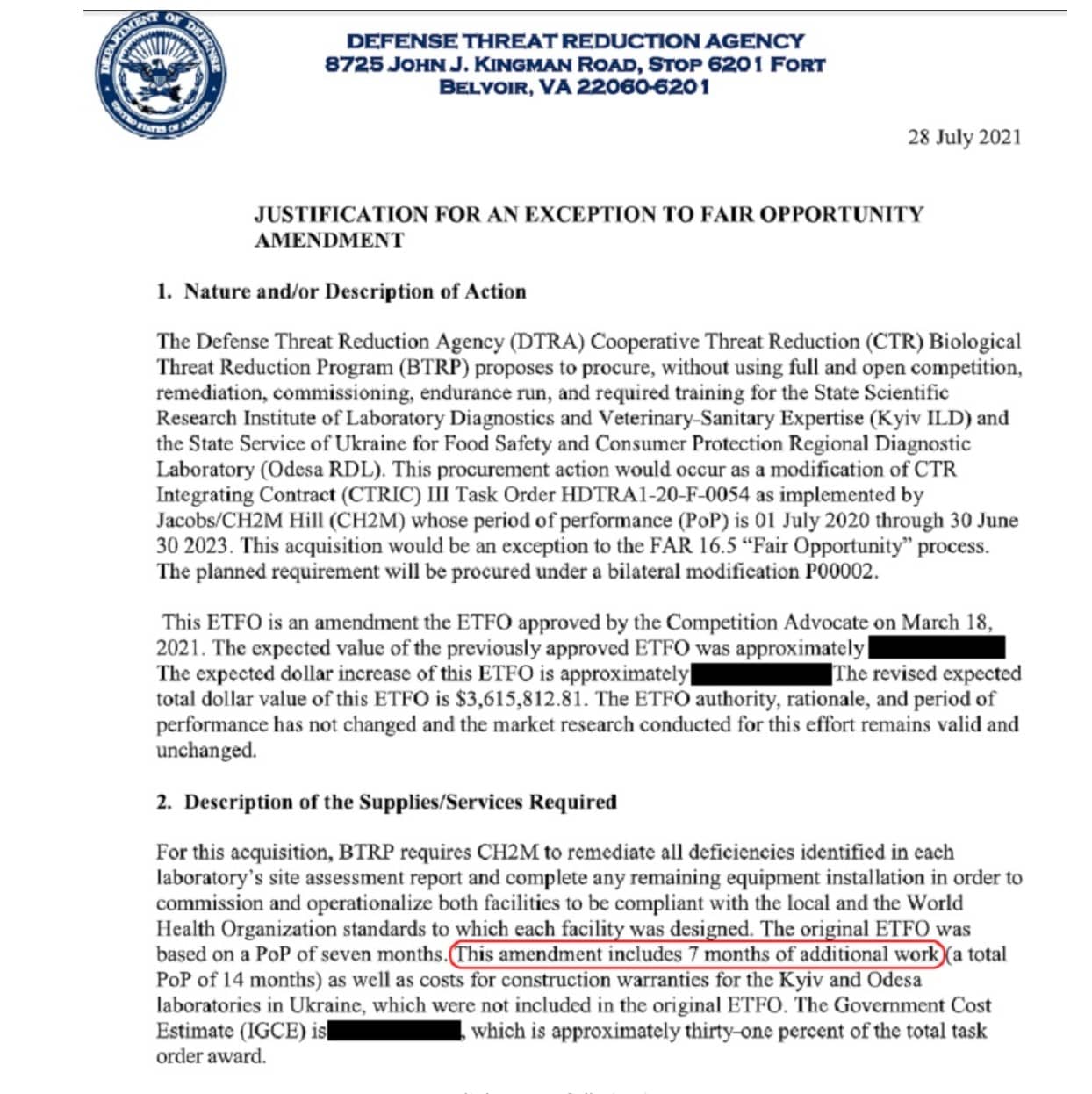 You can read more on the U.S. bio-laboratories, including in Ukraine: HERE, HERE, HERE.

Two new laboratories are being created on the basis of the Kiev State Research Institute for Laboratory Diagnostics and Veterinary and Sanitary Expertise and the Odessa division of the State Service of Ukraine for Food Safety and Consumer Protection. The main part of the Ukrainian collection of endemic strains of dangerous disease agents is stored in Odessa. The buildings of the new bio laboratories in Kiev and Odessa were built back in 2019 but were not put into operation.

The document above notice makes it clear that this project is important and urgent for the U.S. government: further potential delays are called unacceptable, and “DTRA requires the urgent completion and surrender of both laboratories to ensure the active and safe execution of the DTRA mission.”

Both facilities are owned and secured by the Government of Ukraine, but neither facility is currently performing active biological work because DTRA has asked the Ukrainian authorities not to begin work until acceptance and completion are complete, the procurement materials said.

Moscow has claimed its concern over the development of biological weapons near Russia’s borders. Russian President Vladimir Putin worried about the “purposeful and professional” collection of biomaterials of Russians by foreigners.

The ongoing Russian military operation in Ukraine may stop the DTRA program in Ukraine. Anyway, the projects in Kiev and Odessa will be postponed if not canceled. The U.S. has already spent over 2 billion dollars on such programs in Ukraine alone, and there are more in Georgia, Kazakhstan, Armenia, Azerbaijan and Uzbekistan.

Now, as Russian forces are advancing in Ukraine, Kiev seems to be in a rush to hide the evidence that the USA violates the convention on the non-proliferation of biological weapons. The end of the Russian operation will show.