Home Government Tulsi Gabbard, Not Trump, To Be Republican Nominee in 2024!?! 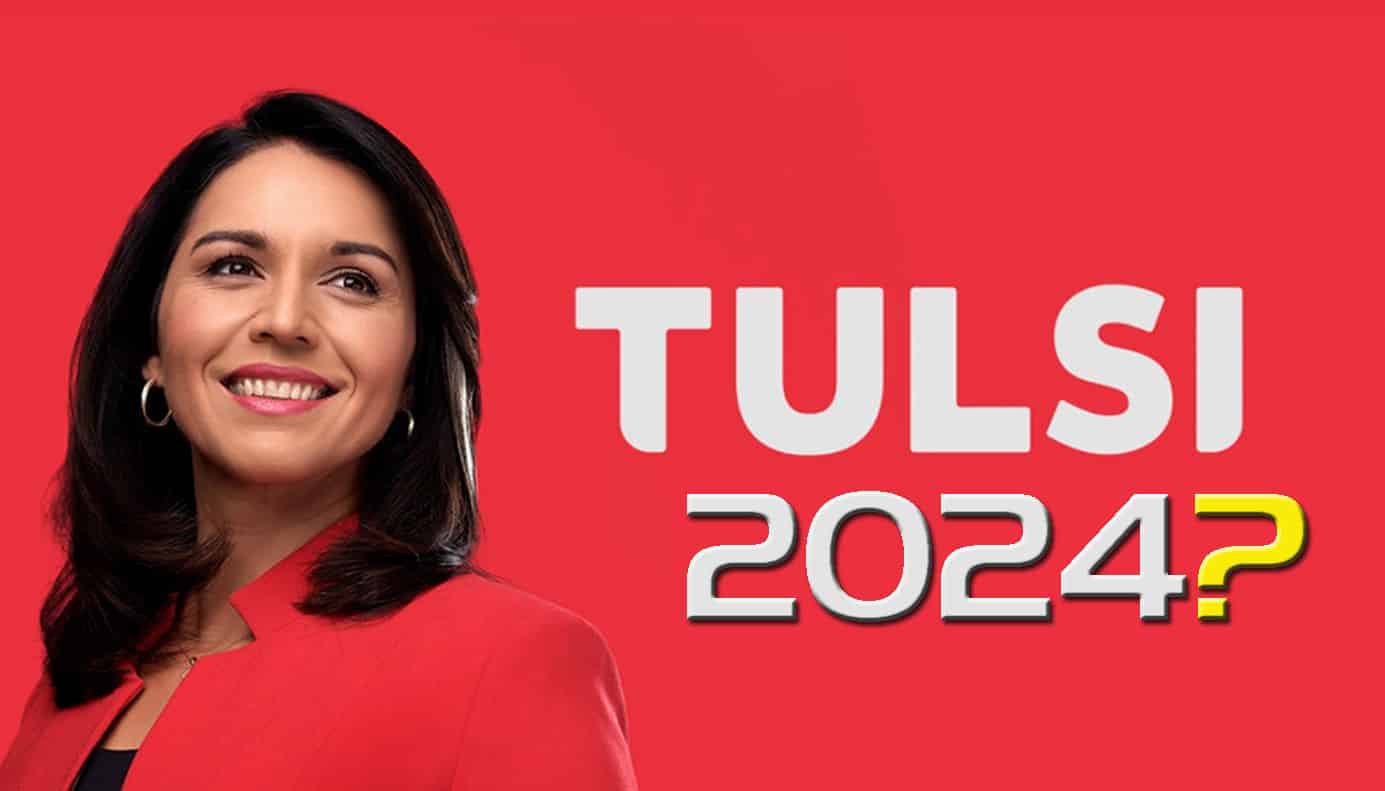 This says it all: God doesn’t have to destroy the Earth because Noah failed to build a new Ark:

“The government beat Me to it!” Humor is so effective at getting points across.

As a recovering, bleeding heart liberal, I know how much the well-intended, do-gooders, want to be appreciated for being politically correct.

Most fail to see how dangerous to freedom going down the road of Big Government is.

The Left loves to fix domestic problems and the Right usually wants to fix the world
via the military. Both lead to authoritarianism and a restriction on liberty.

Right now the Biden maniacs have combined both evils and we are approaching a modern
form of totalitarianism that combines the Left and Right, what I call the Huxwellian World of 2022.

That’s why Gabbard’s speech to CPAC quoting Reagan was so powerful:

Notice how much of her speech reflects my idea for a new political party dedicated to freedom and an end to our endless imperial wars:  Announcing the Formation of the American Peace Party

I still think she is “controlled opposition” and more an actor than a genuine politician with Libertarian instincts like Ron Paul. But she is very effective at expressing the problem like Reagan was.

Comparing her to Trump, she is far less offensive, with virtually no personal baggage. Tulsi has a solid military background, the correct skin color (not white), a vagina as well as a soothing voice, a great smile, and composure.

She has far more of the Divine Feminine than Hillary or Harris. I predict Gabbard for President in 2024 as the Republican Candidate, not Trump who will be killed off by a thousand wounds including his support for the Vax, mixed views on Putin, and all his legal problems.

In the year 2020, the Lord came unto Noah, who was now living in America and said:

“Once again, the earth has become wicked and over-populated, and I see the end of all flesh before me.”

“Build another Ark and save 2 of every living thing along with a few good humans.”

He gave Noah the blueprints, saying:

“You have 6 months to build the Ark before I will start the unending rain for 40 days and 40 nights.”

Six months later, the Lord looked down and saw Noah weeping in his yard – but no Ark.” Noah!,” He roared, “I’m about to start the rain! Where is the Ark?”

“Forgive me, Lord,” begged Noah, “but things have changed.” “I needed a Building Permit.”

“I’ve been arguing with the Boat Inspector about the need for a sprinkler system.”

“My homeowner’s association claim that I’ve violated the Neighborhood By-Laws by building the Ark in my back yard and exceeding the height limitations. We had to go to the local Planning Committee for a decision.”

“Then the City Council and the Electricity Company demanded a shed load of money for the future costs of moving power lines and other overhead obstructions, to clear the passage for the Ark’s move to the sea. I told them that the sea would be coming to us, but they would hear none of it.”

“Getting the wood was another problem. There’s a ban on cutting local trees in order to save the Greater Spotted Barn Owl.”

“I tried to convince the environmentalists that I needed the wood to save the owls – but no go!”

“When I started gathering the animals, PETA took me to court. They insisted that I was confining wild animals against their will. They argued the accommodations were too restrictive and it was cruel and inhumane to put so many animals in a confined space.”

“Then the Environmental Protection Agency ruled that I couldn’t build the Ark until they’d conducted an environmental impact study on Your proposed flood.”

“I’m still trying to resolve a complaint with the Human Rights Commission on how many minorities I’m supposed to hire for my building crew.”

“The Immigration Dept. is checking the visa status of most of the people who want to work.”

“The labor unions say I can’t use my sons. They insist I have to hire only union workers with ark-building experience.”

“To make matters worse, the IRS seized all my assets, claiming I’m trying to leave the country illegally with endangered species.”

“So, forgive me, Lord, but it would take at least 10 years for me to finish this ark.”

“Suddenly the skies cleared, the sun began to shine and a rainbow stretched across the sky.”

Noah looked up in wonder and asked, “You mean you’re not going to destroy the world?”