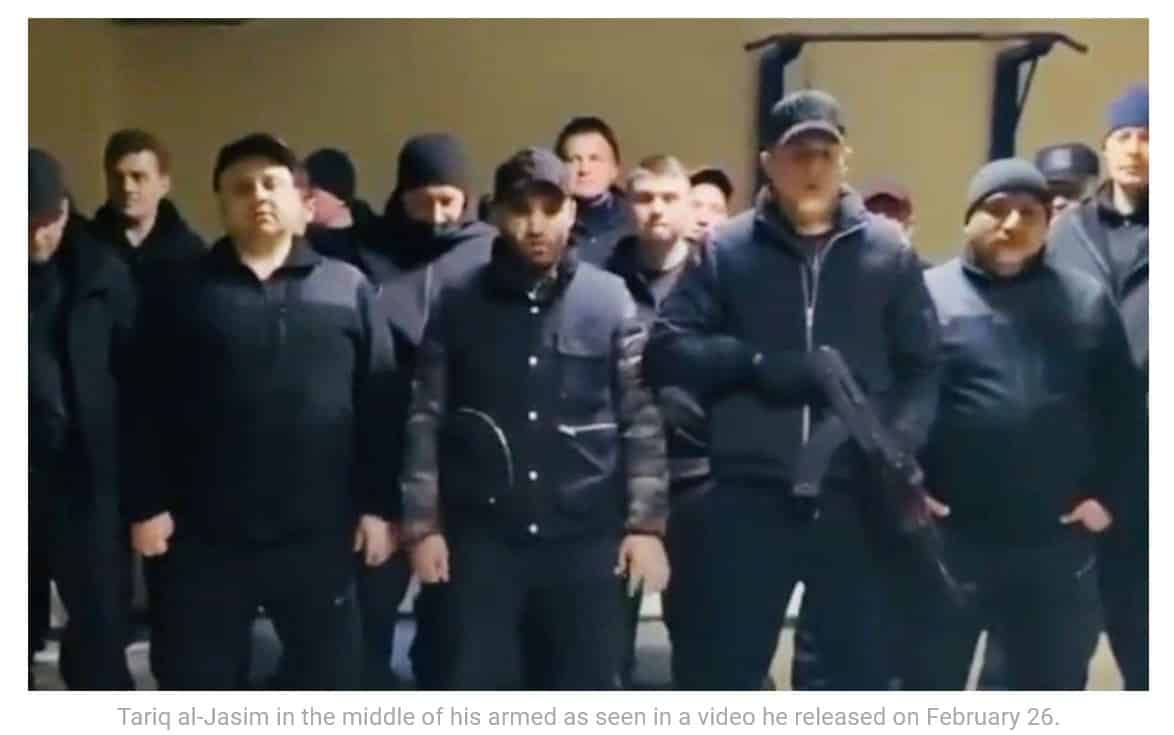 The businessman, Tariq al-Jasim, appeared in a video announcing the formation of an armed group to fight Russian forces on February 26.

🇸🇾🇺🇦 In Syrian Afrin, in the territories controlled by Turkish formations, a selection point has been set up for those who wish to be sent to Ukraine as part of the detachment of the Syrian-Ukrainian businessman and local crime boss Tariq al-Jasim.

Not only that, al-Jasim, who has been reportedly living in Odesa city for more than year now, is also the cousin of HTS Emir Mohamad al-Abd. Emir is an Arabic term usually used by radicals to describe senior leaders.

The Telegram channel, known as Muzamjer al-Thawra al-Suriyah, also revealed that the so-called businessman is in fact a drug dealer who used to work as a trafficker in Russia.

According to the Abkhazian Network News Agency, al-Jasim is currently preparing to funnel militants from Syria to Ukraine, where they will be thrown against Russian forces. Al-Jasim is working on this with the Turkish-backed Syrian National Army (SNA). Around 200 militants from the Sultan Morad Division and the al-Shamiya Front have already signed up. They are reportedly amassing now in the Turkish-occupied northern Syrian area of Afrin.

The Russian military kicked off a large-scale special operation to “demilitarize” and “denazify” Ukraine on February 24 following Kiev failure to implement the 2014 Minsk agreement.

Kiev is apparently planning to use al-Jasim to funnel Syrian militants from SNA factions and even HTS to Ukraine. This can’t happen without help from Turkey who controls and commands these militants. Russia, who maintains a large force in Syria, will not likely tolerate this.