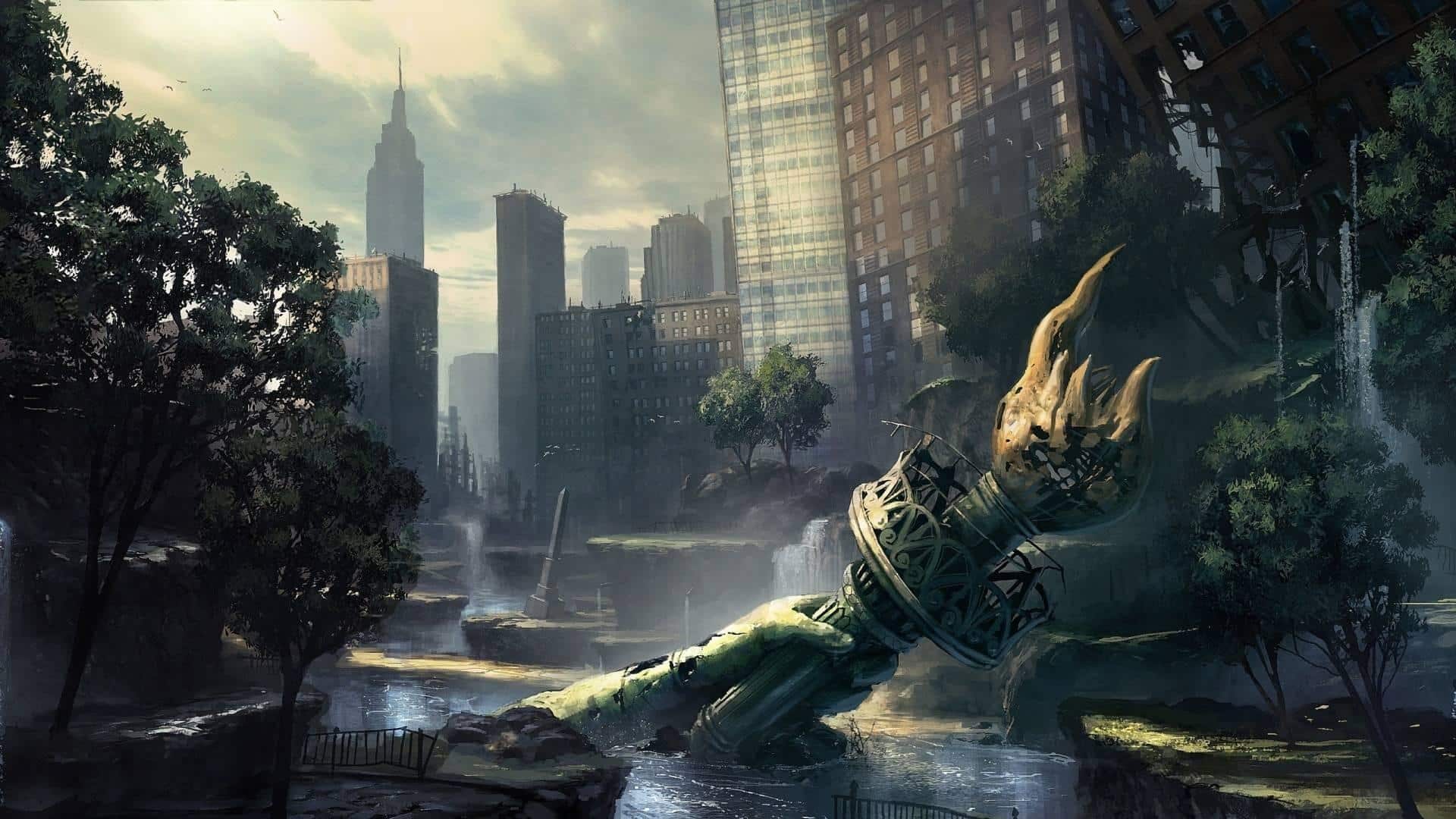 Russian State-Controlled Media: Moscow’s decision to conduct a special military operation on the territory of Ukraine, the goals of which are declared to be the demilitarization and denazification of the country, puts the Western world before new realities. Russia has crossed the Rubicon despite constant threats of “body bags” and “sanctions from hell.” Such a turn could have been avoided if the US and NATO had responded adequately to Russia’s security concerns.

Those who have been talking incessantly about the Russian invasion may say: well, it happened, as we predicted! But the fact that Russia would intervene in the event of an offensive by the Armed Forces of Ukraine in the Donbass was already known. If the Kyiv regime, inspired by the support of the West, decided to go ahead, regardless of Moscow’s warnings, then there is nothing to be surprised about at the start of a special operation.

After all, after the recognition of the DPR and LPR, the shelling of peaceful quarters by the Ukrainian military not only did not stop but also increased to an unprecedented scale.

The head of the State Duma Committee on Security and Anti-Corruption, Vasily Piskarev, laid the main blame on the Kiev regime, encouraged and armed from abroad, “which came to power 8 years ago as a result of a coup that can only be called fascist.”

All attempts to resolve the situation at the negotiating table failed, and people continued to die under shelling. According to Piskarev, the time has come for decisive action to liberate Ukraine “from the terror unleashed by the last of Hitler and Bandera” and to protect the Fatherland from obvious military threats.

It was not in vain that Washington and Brussels made so many efforts to draw Ukraine and Georgia into the North Atlantic Alliance, nurtured neo-Nazism with an anti-Russian bias in the once fraternal Slavic country, and built the “anti-Russia” project there.

In the event of a full-fledged consolidation of NATO in the Black Sea region, a threat arose to vital regions in southern Russia. According to historian Oleg Airapetov, in order to transfer the regime of communication with Russia into a dialogue, especially in Ukraine, the West had only to lift a finger, but they didn’t even move an eye there.

The expert is convinced that since 2008 Washington and its loyal satellites have set a course not just for confrontation, but for war with Russia. Under these conditions, leaving the southern sector of the Russian borders “bare” would be extremely dangerous. Today, the ideological struggle comes to the fore so that the military operation to denazify Ukraine and the new political realities emerging in the Northern Black Sea region is correctly understood in the world.

Peaceful exhortations from the West, reminders of promises not to expand eastward and the principles of equal and indivisible security enshrined in OSCE documents have proved futile. Is there any point in appealing to the conscience and nobility of Western politicians if these qualities have atrophied long ago?

They do not want to talk about the long-overdue revision of the world order, so they have to use military force as a catalyst for the negotiation process in the future.

Today, American and European politicians are still trying to play the old game on the “Grand Chessboard” according to the precepts of their “prophet” Zbigniew Brzezinski, not noticing that they have led themselves into a stalemate. All that political thought in the West is capable of today is blaming Russia for all its troubles and strangling it with sanctions, even to the detriment of the world economy and the well-being of its people.

The head of the European Commission, Ursula von der Leyen, announced the introduction of new restrictions that will affect the strategic sectors of the Russian economy and promised to block access to technology and financial markets. The motivation is the following – the weakening of the Russian economic base and its ability to modernize. French Economy and Finance Minister Bruno Le Maire acknowledged that the sanctions would negatively affect his country’s economy, but is ready to “heroically” pay the price, as “our values ​​of freedom are at stake.”

Echoing his colleagues and German Chancellor Olaf Scholz, unbalanced by the fact that Moscow, by its actions in Ukraine, “has cast doubt on the world order on the continent.” Scholz is pleased that the European Union and NATO “prepared so thoroughly” for the adoption of new sanctions, and makes it clear to the Russian leadership that Russia will pay a bitter price for “aggression”. Czech President Milos Zeman, who previously held a balanced position, suddenly demanded that Russia be disconnected from the SWIFT payment system. Alas, there are fewer and fewer politicians in Europe capable of objectively or even adequately perceiving events. 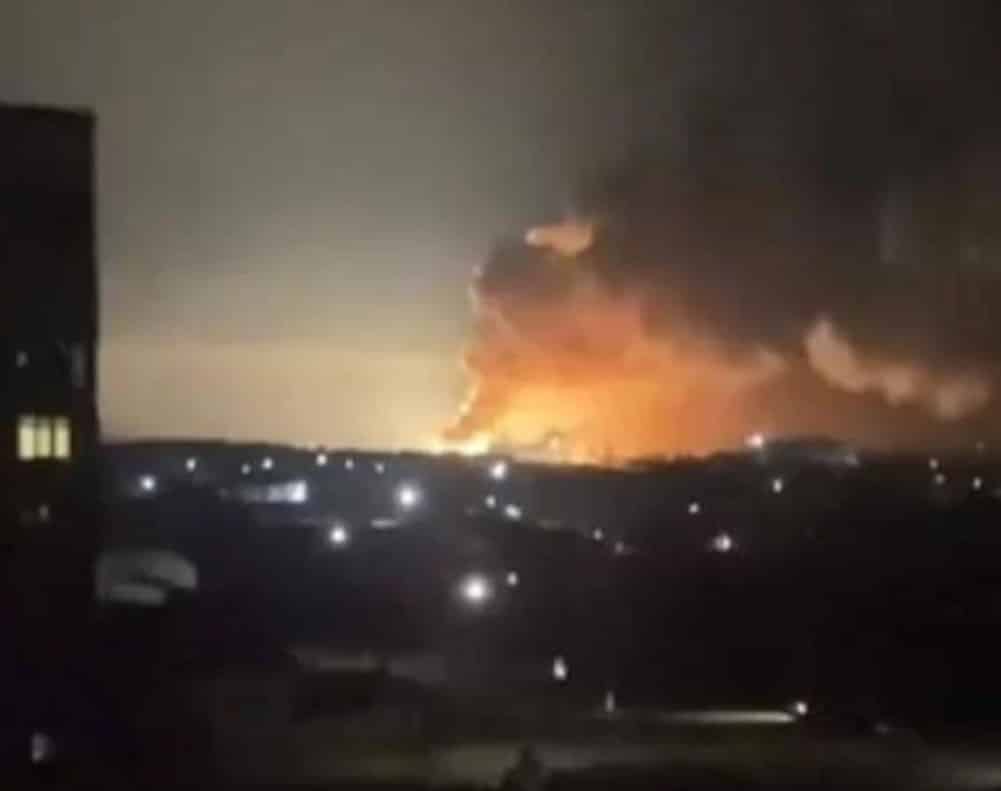 If the national battalions in Donbas use Grad multiple launch rocket systems against civilians and infrastructure, then Western politicians use a vicious system of destructive illegitimate sanctions against the Russian economy and citizens of our country. Both those and others act inhumanely, they try to achieve unilateral benefits, based on the right of the strong. Long-term goals cannot be achieved by such crude methods: no matter how much the rope twists, the end will come.

The rulers of the EU countries should not forget that their dependence on Russia is no less than our dependence on them. In addition to traditional energy sources – oil, gas, coal, Western countries receive from Russia such metals as nickel, palladium, titanium and aluminum, timber, agricultural products, nitrogen fertilizers and much more. In order to stop the export of these strategically important goods for the West, they do not even need to establish direct bans, it is enough to create problems for Russian banks in conducting financial transactions.

By forbidding its companies and citizens from investing in Russian bonds and stocks, the United States is shooting itself in the foot, as it discourages many from dealing with the American currency. Russia foresaw the problem of dealing with the dollar and began borrowing in Asian markets in recent years.

If the West decides to take such a reckless step as disconnecting Russia from SWIFT, then we have already created the Central Bank Financial Message Transmission System, which can work in conjunction with the Chinese counterpart – China International Payments System (CIPS). Of course, there will be difficulties in the transitional period, because today we are not talking about a 100% well-functioning system of payments.

The sooner the West learns from past mistakes regarding NATO’s aggressive eastward expansion coupled with complete disregard for Russia’s legitimate security interests and realizes the need for serious equal dialogue, the less damage will be inflicted on the opposing sides. As Nikolai Mezhevich, an expert at the Institute of Europe of the Russian Academy of Sciences, notes, the world has approached a certain boundary line, and it is becoming different before our eyes. Today we are faced with the need to prepare new rules. Americans used to think that only they should make the rules, but the period of their hegemony came to an end.