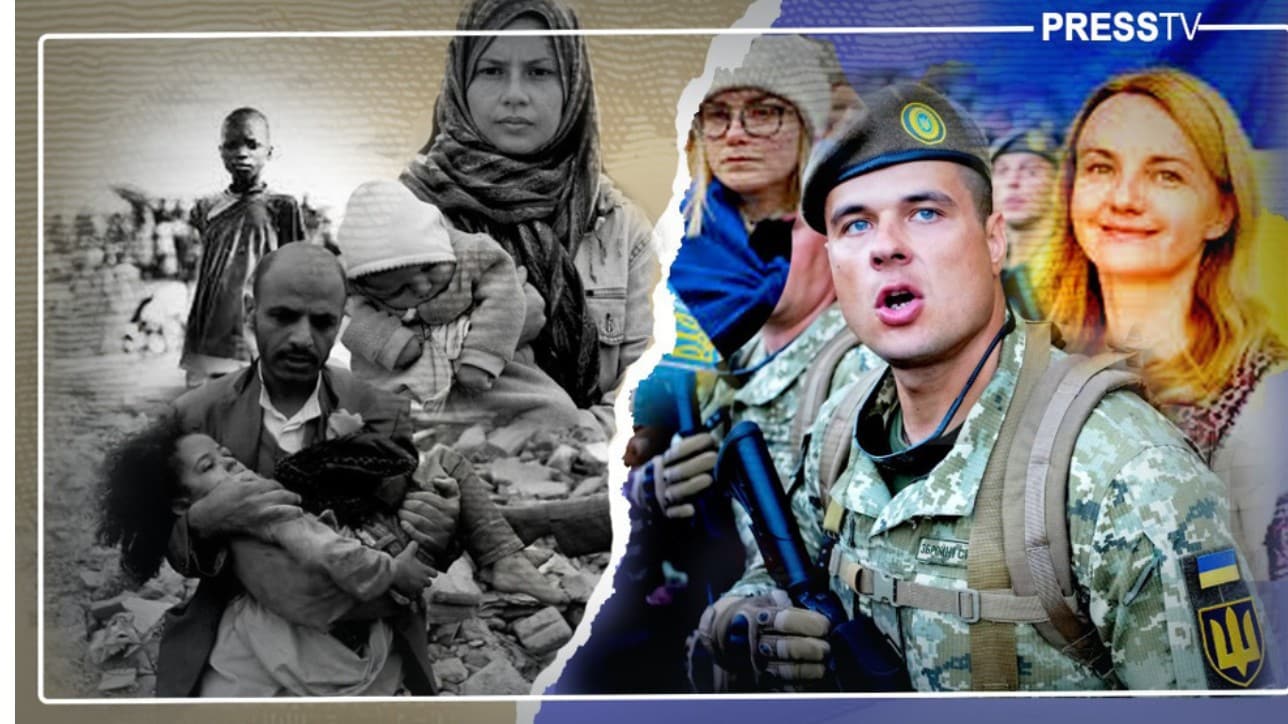 Much of the Western mainstream media coverage of the ongoing crisis in Ukraine has displayed once again the blatant white supremacism that is still present in the Euro-American outlook onto the rest of the world.

As many Ukrainians are forced to flee their homes as a result of the Russian intervention in Ukraine, the political and media discourse around refugees has at times been inherently racist. Numerous white Western journalists and media personalities could not hold back their outburst of orientalism and white supremacy when reporting on the situation in Ukraine.

The idea that a war could happen in “civilized” Europe surprised many pundits. Of course, Europe, which has caused both World Wars, has waged its many colonial and imperialist wars mostly in the Third World. Besides the fact that war in Ukraine has been ongoing since 2014 and that an actual genocide took place in the 1990s in the cruel wars in Yugoslavia, the underlying assumption now was that because of Europe’s alleged supremacy, the idea of war was only imaginable elsewhere – in the “uncivilized” parts of the world.

In fact, some of the current media coverage reproduces the orientalist contrast between the “civilized” white, Christian West and the “uncivilized” rest.

The UK newspaper “Daily Telegraph” published an article by Daniel Hannan, in which the author referred to Russia’s actions as “an attack on civilization itself.” “They”, the author argued, referring to Ukrainians, “seem so like us. This is what makes it so shocking.” Stating that “Ukraine is a European country”, the author opposes its people who “watch Netflix and have Instagram accounts” to “impoverished and remote populations.” Reporting from Kiev, CBS correspondent Charlie D’Agata, claims Ukraine is not “a place with all due respect like Iraq or Afghanistan” but rather “relatively civilized, relatively European.”

Speaking to the BBC, Ukraine’s former deputy general prosecutor David Sakvarelidze said, “It’s very emotional for me because I see European people with blonde hair and blue eyes being killed every day with Putin’s missiles and his helicopters and his rockets.” His remark remained unchallenged by the broadcaster.

These are but examples of the double standard and racist creation of difference. The rhetoric is based on the assumption that war is a natural circumstance outside of the allegedly superior Euro-American sphere and that non-white people, i.e. the vast majority of the world’s population, engage in wars because they are not “civilized” – not because of colonial and imperialist wars. This perspective also reveals how comfortably unaffected these media personalities must have been by all the wars launched against people in the Third World.

White supremacy is the fundament of Euro-American “civilization”. The orientalist division of human beings into desirable and undesirable people has been structurally inscribed in dominant media discourse.

The discourse around “civilization” not only reinforces Europe’s violent racial hierarchies, but also explicitly normalizes warfare against people who do not look like the white, blue-eyed, blond-haired European.

The double standard has also been apparent in the compassionate support that some mainstream media outlets have extended to Ukrainians who took arms to fight against Russian troops.

Sky News showed live on air how Ukrainians were manufacturing Molotov cocktails. The New York Post celebrated a Ukrainian soldier who blew himself up to prevent a Russian advance as “heroic.” Some Ukrainians have posted pictures online of themselves carrying weapons, like a member of parliament Kira Rudik. Their actions were widely praised.

White victims are given moral and ideological support. Their militancy is glorified. Muslims and people of color who have organized in armed resistance are unlikely to be met with such praise. In fact, victims of US imperialist violence are themselves blamed and their words and actions are policed. Palestinians, who choose to resist the brutal decades-long Israeli occupation are regularly condemned as “militants” and “terrorists” in the mainstream media. In fact, Palestinians do not even have to resist as they are often by default depicted as a threat to Western civilization. Genocidal violence against them is presented as “Israeli defense.” The Lebanese resistance movement Hezbollah is not shown as patriotic hero but regularly demonized as an armed terrorist organization by the same outlets that glorify white people taking up arms.

While the media creates powerful images and narratives, it also reflects societal dynamics. The double standard in reacting to war has been manifest in the continuous discrepancy between the rhetoric on freedom and democracy and the selective outrage.

As Central and Eastern European governments have opened their borders for Ukrainian refugees, the racialization of people fleeing their homes continues. Poland allows white Ukrainians to cross the border, but there have been numerous reports of Black people being denied entry, many of which remained stuck at the Ukrainian side of the border. This adds to the continuous mistreatment of refugees at the EU’s and NATO’s eastern frontier. The Bulgarian prime minister said that Ukrainian refugees were European, “educated” and “intelligent” people, unlike previous refugees who might have been “terrorists.”

The climate for the current discourse has been present for years. Long before Russia’s intervention in Ukraine, anti-Russian fear-mongering has been part and parcel of Western narratives of the “common enemy.” The outspoken condemnation against Russia has swiftly entailed new sanctions and boycotts, with Russian media being banned and Russians being excluded from participating in sports events.

Meanwhile, calls for a boycott of the Israeli regime by Palestinians and human rights supporters around the world have vehemently been condemned by the EU elites for years and oftentimes smeared as being “antisemitic.” The current dynamics reveal the unfortunate continuation of Orientalist and white supremacist structures.

Denijal Jegic is a writer and researcher, currently based in Beirut, Lebanon. He holds a PhD in American studies.