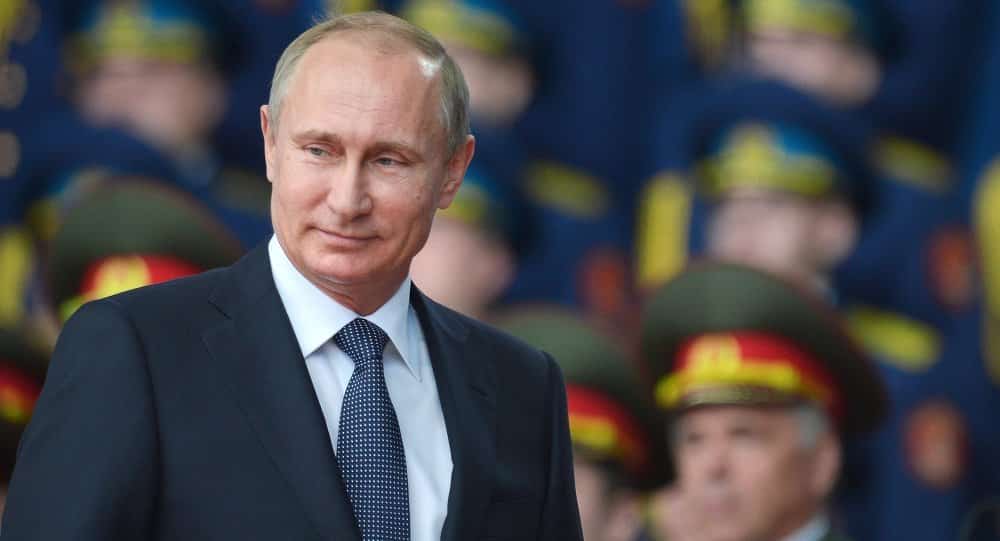 JEA: The elites have every reason to hate Russia and indeed its current president, Vladimir Putin. There is certainly more to the recent Ukraine crisis than meets the eye. Brother Nathanael Kapner has something to say here.

WHEN PUTIN WAS ELECTED PRESIDENT of Russia in 2000, Russia was bankrupt.

But Putin took advantage of the current boom in world oil prices by redirecting a portion of the profits of Russia’s largest oil producer Gazprom so as to pay off the country’s debt. The continual surge in oil prices greatly accelerated Russia’s capacity to restore financial sovereignty.

By 2006 Putin had paid off Russia’s debt to the Rothschilds. Russia’s financial dependence on the Jewish financiers was now over. Putin could then establish what became his Russian Unity Party’s 2007 campaign slogan: Putin’s Plan Means Victory For Russia! This slogan continues to make the New World Order Jews very nervous…Here.

PUTIN WINS THE BATTLE FOR OIL OVER THE ROTHSCHILDS

ROTHSCHILD AGENT MIKHAIL KHORDORKOVSKY, a Russian Jew, gained his fortune along with many other Jewish oligarchs, by exploiting the Yeltsin era’s privatizations. With the backing of Jacob Rothschild, Khordorkovsky started the bank Menatep Banking Group just prior to the fall of communism in 1990. The Menatep Banking Group is associated with the Rothschild-Soros Carlyle Group Here.

In 1995, Khordorkovsky bought Yukos Oil for $350 million. He became one of the world’s richest men with a personal worth of at least $1 billion. In October of 2003 Khordorkovsky was arrested for embezzlement.

As most wealthy Jews who use their financial power to subvert their host nation, Khordorkovsky set himself up as a critic of Putin’s efforts to unite Russia politically, culturally, and spiritually. Khordorkovsky spent millions of dollars to overthrow Putin by funding “democratic reforming parties” by which Jews take control of their host nation.

THE ROTHSCHILDS & THEIR RUSSIAN JEWISH AGENT

THAT THE ROTHSCHILDS WERE BEHIND Khordorkovsky’s acquisition of Menatep Banking & Yukos Oil is proven by the following:

* In February of 2004, right after Khordorkovsky’s arrest, Khordorkovsky’s Menatep Bank was revealed to be operating out of the Isle of Man, a UK offshore tax haven. At this time, Menatep offered Yukos shares to Putin in exchange for Khordorkovsky’s freedom. But Putin did not need to wheel & deal with the Jewish financiers. Putin simply nationalized Yukos Oil shortly after the Menatep offer.

The Khazarian Club despise a nation committed to Christianity. Vladimir Putin, now in full control of Russia as Prime Minister, wishes to build a strong Christian nation. In a televised Christmas message on January 7 2008 Putin said:

— “The Russian Orthodox Church contributes to the promotion of moral values in society. One should not completely draw a line between the culture and the church. Of course by law in our country the church is separate from the state. But in the soul and the history of our people it’s all together. It always has been and always will be.” — Here.

Indeed, Putin aspires to unite the state of Russia with the Orthodox Church. A debt-free nation fused with a strong Christian ethic is what the Rothschilds & all Jews fear most…