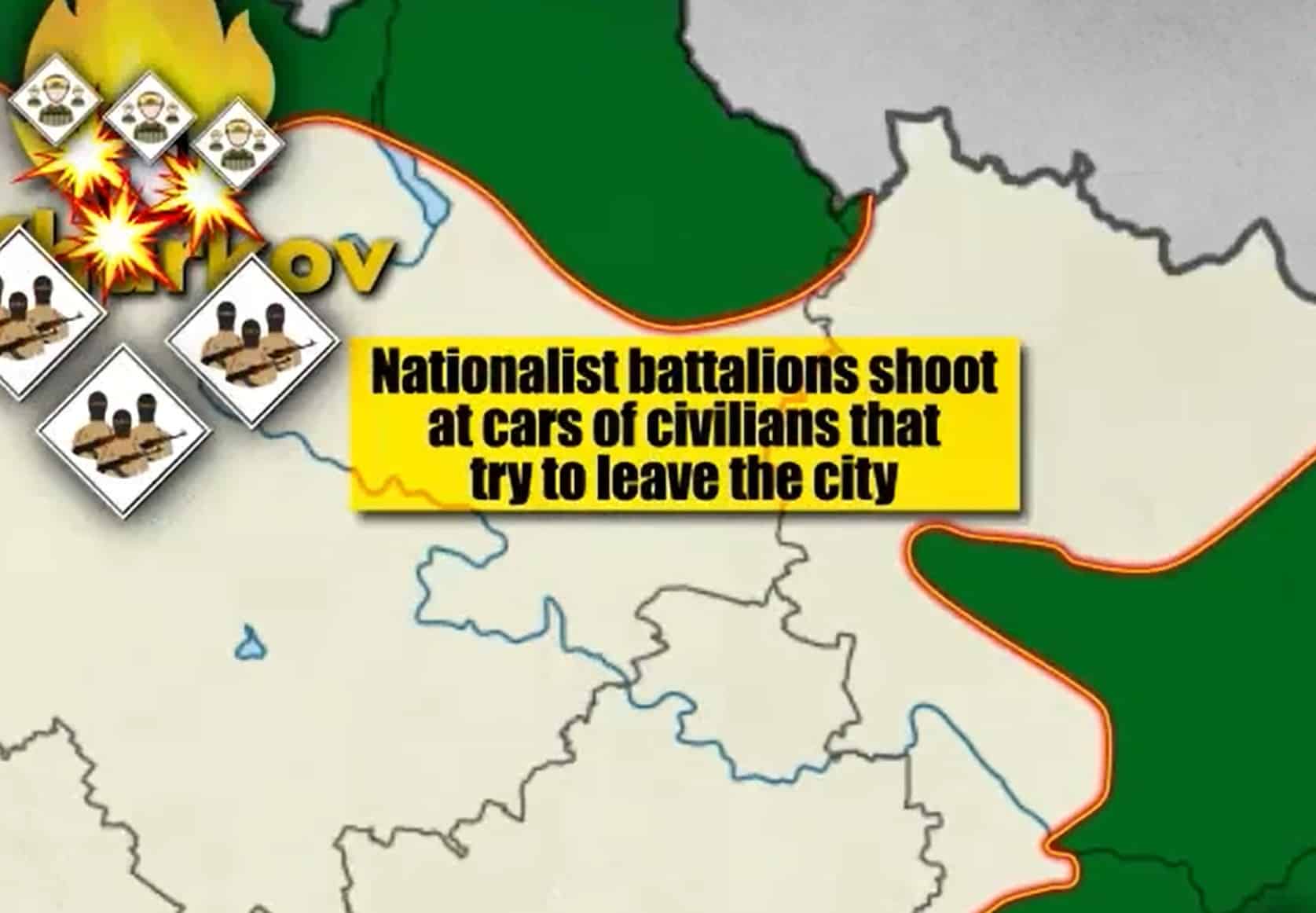 By the seventh day of the operation in Ukraine, the Russian military has changed its tactics, both in terms of conducting military actions and its attitude towards the civilian population.

Numerous unmanned reconnaissance vehicles of the Russian Armed Forces were observed in the skies over Ukraine. Rear and supply columns began to move with combat guards. The movement of armored vehicles, both on the march and in urban areas with infantry on armor, was noted.

The presence of strike aircraft in the skies of Ukraine has increased. Coordination and interaction between various units have intensified. Artillery is used wherever possible. Additionally, the Russians began striking military facilities that they had apparently previously planned to seize relatively undamaged.

The reaction of Russian units to provocative actions on the part of civilians and especially members of the so-called territorial defense forces has also changed. Kiev urges civilians to resist by forcefully throwing Molotov cocktails at vehicles, blocking roads and launching surprise attacks, approaching under the guise of peaceful intentions.

Until March 1, Russian servicemen had orders to avoid retaliating to provocations in every possible way. Now, the order seems to have changed and Russian units started to act in accordance with the standards of behavior on enemy territory.

For example, on March 1, in response to an ambush by units of the territorial defense near Kherson, who attempted to throw Molotov cocktails at a Russian convoy, brutal retaliatory fire was opened on the enemy. Video records at least 10 dead.

The change in the tactics is attributed to the experience of the first five days of the conflict and the fact that combat generals and senior officers with extensive experience of combat operations in various regions were brought in to command.

The Ukrainian authorities refuse to provide evacuation assistance to their population. Residents in Kyiv are being given up to the mercy of fate. The railway station is jammed. Police and law enforcement forces are absent. Looting and chaos are on the rise.

Russian units are in no hurry to enter the capital. They are expanding the zones of control around it. Russian troops are now close to Brovary, where they have gained a foothold.

On March 1, Russian forces entrenched on the outskirts of Kharkiv, amid heavy missile and bombing strikes against key military infrastructure facilities. There is intermittent exchange of fire in the outskirts. The city administration rejected negotiations on the opening of a humanitarian corridor. Units of nationalist battalions shoot at cars of civilians that try to leave the city.

DPR and Russian units completely surrounded Mariupol. Almost all of the neighboring settlements are under the control of “Eurasian Coalition” forces. The humanitarian corridors will be open until the end of March 2. After that, the final mopping up of the city is likely planned.

Fighting is going on in Volnovakha, the key stronghold of Kiev in Donbas. Ukrainian units are trying to provide cover for the withdrawal of their main forces from the region.

LPR forces also enjoyed considerable success. As of March 2, Starobelsk and a number of nearby villages were liberated. Progress is being made towards Severodonetsk and Rubizhne. Svatovo has been blockaded. Russian troops reached Izyum and entrenched their attack positions.

Meanwhile, Russian forces are breaking through defenses near Vasilievka, the stronghold that covers Zaporizhia. Losses on all sides are reported.

These events came amid the complete takeover of the important regional center of Kherson. The administration is cooperating and doing its best to maintain a peaceful situation in the city with the help of the Russian Armed Forces. The disarmament of the members of the “territorial defense” began. The police, ambulance and emergency services are working as usual.

Russian forces are encircling Nikolaev city. As of March 2 morning, the city is already semi-enclosed. The Nikolayev – Krivoy Rog road is cut.

The war in Ukraine from 2014 to the present has already become the bloodiest conflict in Europe in the last 77 years, surpassing all of the Yugoslav wars combined. Over the past six days, according to sources inside the conflicting parties, at least 2 730 personnel on the Russian and LDPR side and 11 150 on the Ukrainian side, including deserters, have been killed or missing.