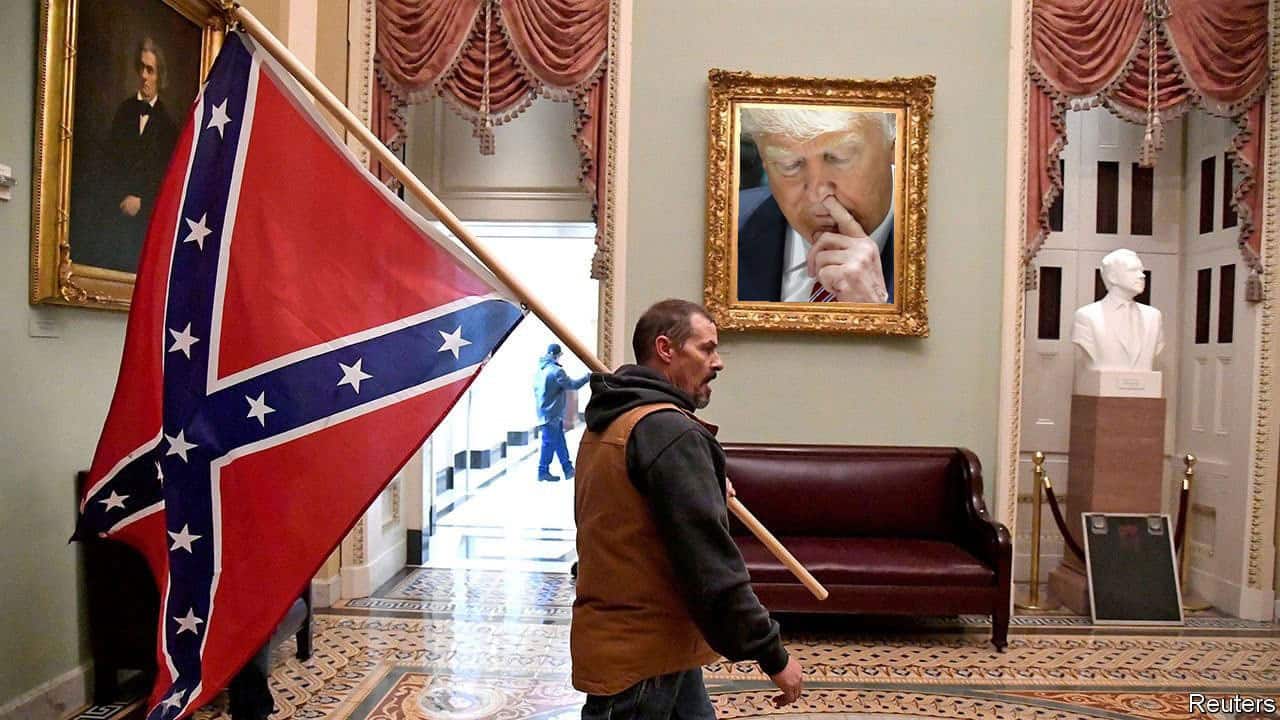 DB: Former President Donald Trump personally engaged in a criminal conspiracy to defraud the very nation he led and then obstructed an official proceeding of Congress, the Jan. 6 Committee argued in a legal brief Wednesday night.

Here’s the 221-page filing pointing to the strong evidence of Trump’s criminal conspiracy to defraud the US.

DOJ must take note and act if the rule of law is to remain in place. You said no one is above the law. Prove you meant it!https://t.co/crBzNMWTNF

Although its year-long investigation isn’t over, the House panel investigating the Jan.6 insurrection revealed its most extensive and damning conclusions yet against the former president in court filings released Wednesday night, extensively documenting how Trump engaged in illegal behavior to try and stay in power.

This is big. 1/6 committee just said they have a good-faith belief that Trump committed crimes.
“The Select Committee also has a good-faith basis for concluding that the President & members of his Campaign engaged in a criminal conspiracy to defraud the US in violation of § 371” https://t.co/i6RngpZ0Nt

The committee was responding to arguments from Trump legal adviser, Professor John Eastman about why his communications with the former president ought to be privileged and confidential. But in refuting those arguments, the committee tipped its hand on a much larger question: Did Trump break the law?

Breaking: The Jan. 6 Committee says its evidence has shown that Trump and his campaign tried to illegally obstruct Congress' counting of electoral votes and "engaged in a criminal conspiracy to defraud the United States."
https://t.co/c263eV6WKv

The Jan. 6 panel laid out reasons why it thinks the answer to that question is decisively yes.

“Evidence and information available to the committee establishes a good-faith belief that Mr. Trump and others may have engaged in criminal and/or fraudulent acts, and that [Eastman’s] legal assistance was used in furtherance of those activities,” the committee said in the filing.

The sweeping document coalesces much of the evidence that has slowly trickled out in the news over the past year, as witnesses speak to investigators, cooperators come clean, and accomplices make bewildering confessions to reporters.

Lawyers are not allowed to give advice in furtherance of a crime, and legal advice based on that premise is not privileged.

“The defendant obstructed, influenced or impeded, or attempted to obstruct, influence or impede, an official proceeding of the United States, and… the defendant did so corruptly,” the Jan. 6 Committee said.

The panel also argued that it has “a good-faith” basis to conclude the former president and members of his campaign engaged in a criminal conspiracy to defraud the United States.

“The evidence supports an inference that President Trump, Plaintiff [Eastman], and several others entered into an agreement to defraud the United States by interfering with the election certification process, disseminating false information about election fraud, and pressuring state officials to alter state election results and federal officials to assist in that effort,” the legal brief released Wednesday said.  Read more..