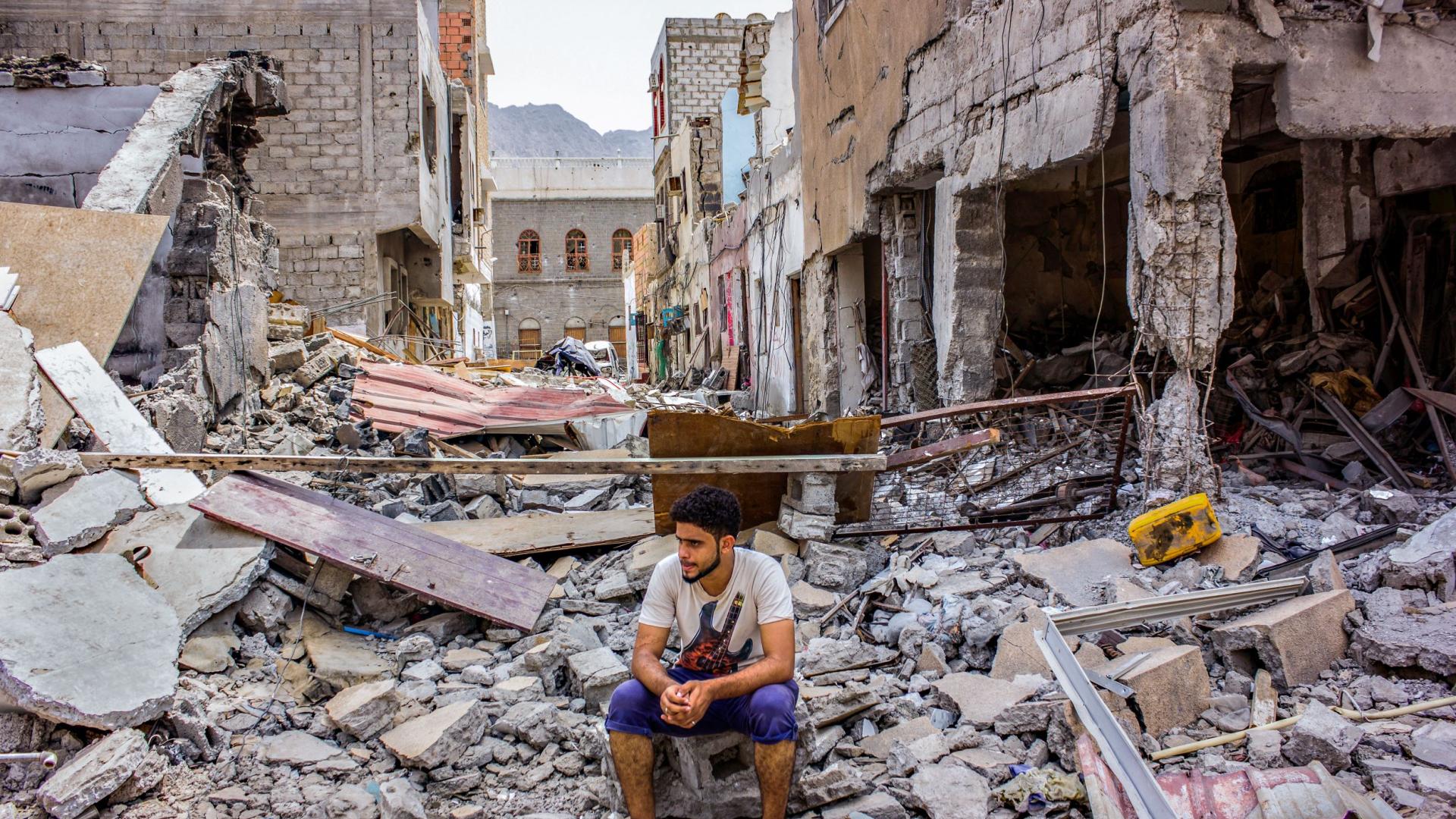 VT Note:  Leaving out Saudi and Israeli carpet bombing of civilians as a ‘problem’ seems a bit one-sided but what do we know.

Worth the read: Revealing 38 Houthi security checkpoints that violate freedom of movement and concomitant violations

SAM Organization for Rights and Liberties revealed that (38) security barriers were established by the Houthis in seven governorates, which practice violations of the right to freedom of movement and detain citizens in their own prisons, as well as the attendant media disinformation and fabrication of charges, in addition to other violations such as disappearance and torture.

In its report entitled “Barriers of Fear and Misleading Discourse “, which it released today, it comes as part of a project documenting restrictions on freedom of movement and mobility since October 2021 in seven governorates under the authority of Ansar Allah these governorates are Sana’a, Taiz, Marib, Al-Bayda, Saada, Ibb, and Al-Hodeidah.

The report covers the practices committed from January 2015 to December 2021. The organization said that it investigated (52) incidents during the period from January 2015 to December 2021, the victims of which varied between educators, merchants, government employees, citizens, expatriates, media and human rights activists, politicians, sheiks, and military as well as gender-based violation victims such as women and children.

Yasser Al-Mulaiki, the project manager, said that this report discloses the extent of violations that have restricted freedom of movement in Yemen, especially in the governorates under the control of Ansar Allah the Houthis. A group of researchers in seven Yemeni governorates worked on this report. And as much as it reflects the terror that strikes Yemeni citizens who move between security barriers, it deals with one of the most important issues of human rights that no one talks about in Yemen, which is a restriction of all other public and individual freedoms as no political, economic or social right can be enjoyed without the citizens having the right to movement and mobility.

The report, which is the result of an investigative reporting conducted by “SAM”, focused on the restriction of freedom of movement at the security barriers practiced by the Houthi group, as well as on examples of these barriers and the violations accompanying the restriction of freedom of movement, most notably extrajudicial killings, detention, enforced disappearances, inhuman treatment, preventing the entry of vital supplies, and gender or sexual assaults. It also focused on the issue of establishing customs offices and looting money illegally using these offices, which was practiced in the governorates of Sana’a, Hodeidah, Ibb, Taiz, Saada, Al-Bayda, and Marib. During the investigation, information was monitored about incidents committed by the other parties to the war, which the organization stated it will document in future reports.

The organization investigated more than (52) incidents of restriction of the right to freedom of movement and the accompanying violations committed during the period from January 2015 to December 2021 and interviewed more than (117) victims and witnesses, including victims in the context of gender, whether women or those belonging to different social or political groups.

While the organization monitored (59) security checkpoints controlled by all parties across the Yemeni regions where restrictions on freedom of movement and other crimes were perpetrated, it also obtained data on (38) Houthi security checkpoints spread across seven governorates, which the report worked on and investigated (13) of these checkpoints and customs ports.

The report reviews the looting of funds by the customs offices established by the Houthi authorities, especially on traders, suppliers and workers in the trade sector. It highlights that these offices do not have legal legitimacy and that they were established in violation of the financial and tax laws that placed customs ports at the first points of the land and sea borders of Yemen.

The organization expressed its concern that the protracted conflict may reflect very complex effects on freedom of movement and its fear that the denial and restriction of this right will increase, especially with the growth of dissident armed groups from large military forces, stressing that the erection of security barriers brings material gains to the parties and armed groups in light of the inaction of the Yemeni government and the absence of justice procedures.

In all the incidents that SAM investigated, it did not find judicial orders to restrict freedom of movement against those who were subjected to these violations. But rather it was the result of security directives for the group or issued by leaders who have an influence on these checkpoints, or they were practiced by armed men at security and military checkpoints with personal or revenge motives, or under the influence of the security concern that was fed by the media of the group to which they belong.

The organization touched on the division witnessed by the judiciary in Yemen between the warring parties. This thing led to the division of the judicial union entities, which was reflected in the judicial outcomes and the failure to apply the law against the perpetrators of restricting freedom of movement. In addition to the deplorable practices practiced by all parties, especially in Sana’a, Taiz, and Aden against judicial workers because of their judicial work, warning of the loss of the justice frameworks that the victims hope for in light of the clear control of the war parties over the decision of the justice institutions.

The report investigated (6) incidents of violations against women and children at Houthi security checkpoints, including detention, extortion and sexual assaults, concluding that women do not disclose the practices they have been subjected to, especially sexual assaults due to the social traditions that stigmatize them and their families. It also monitored (10) incidents of financial extortion committed by those in charge of the security checkpoints affiliated with the Houthis, pointing out that the Houthi media falsified the reality of these ports, which they said were to counter the effects of many ports and customs departments which are not under their control and to limit the negative effects of “aggression” and unjust “siege” imposed on the country. It also suggested that the Houthi group is using the money returned from the illegal customs points as a source of funding its war operations and funding its militants.

The report also monitored (16) incidents of detention and enforced disappearance of civilians at Houthi security checkpoints in seven governorates covered by the investigation. The report recorded places of detention designated by the group next to the security barriers, and the monitoring team met with (15) victims of torture and inhuman treatment committed by the Houthi forces at the security checkpoints or after they were transferred to the group’s prisons.

The report reviewed details of the practices of a number of well-known barriers and checkpoints, such as Al-Amira Point in Ibb Governorate, Al Marazem Point in Saada, and Abu Hashem Point in Rada’a, in addition to examples of the stories of victims from different groups who were subjected to detention, disappearance, torture, killing, and extortion at a number of checkpoints in various areas.

The organization recommended halting practices of restricting freedom of movement and mobility at all security barriers controlled by various parties, ending misleading media discourse and hate speech, adhering to the principles of international humanitarian law and human rights law regarding the exercise of private and public freedoms for the population, and ending all restrictions that impede freedom of movement.

SAM also called on the Yemeni government to end the duplication, randomness and multiplicity of forces that control the security barriers, to bring them under one security authority and to subject all prisons to the authority of the judiciary.

It called on the United Arab Emirates and the Kingdom of Saudi Arabia to stop supporting paramilitary formations outside the control of the government, to subject prisons to the authority of the judiciary in order to ensure supervision and to ensure legal procedures for arrests and detentions, and to work with the Yemeni government to unify the military forces in order to ensure their subordination to one authority and ensure the end of all practices which restrict freedom of movement and mobility.