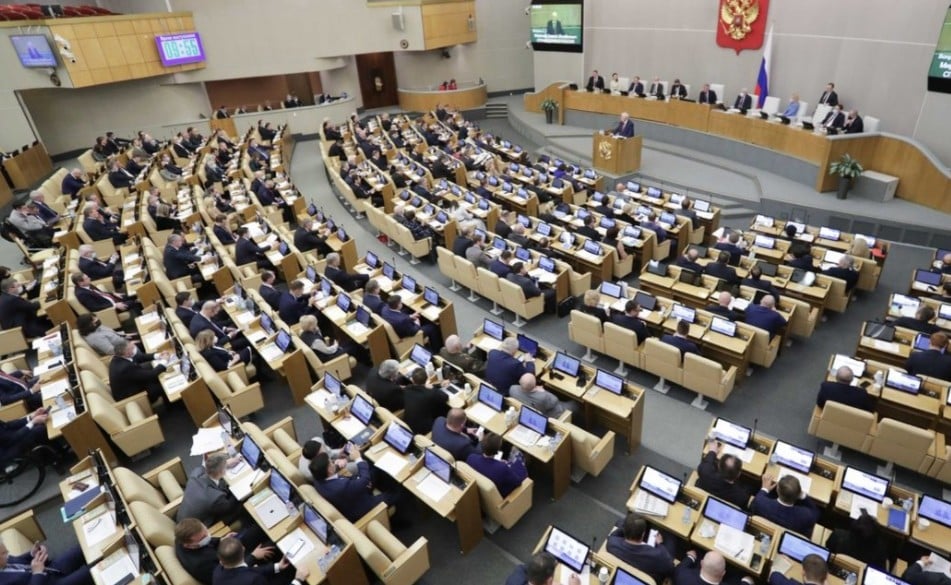 People found guilty of spreading disinformation about the Russian Army could soon be heavily punished under proposed amendments to the law, the national parliament has warned amid Moscow’s invasion of Ukraine.

On Thursday, the Russian parliamentary Committee on State Construction and Legislation approved a bill that will make it a crime to share false information about the operations of the nation’s armed forces, as well as calls for anti-Russian sanctions.

The bill seeks to ban “public actions aimed at discrediting the Russian Armed Forces.” If the legislation is adopted, citizens will be barred from slandering the country’s troops as they seek “to protect the interests of the Russian Federation and its people, and maintain international peace and security.”

Under the draft proposal, the punishment for libeling the Russian Army could result in a fine of up to nearly $3,000 or five years in jail. Time behind bars is reserved for actions that are deemed to have inflicted significant damage to national security.

An amendment to another article of the criminal code proposes a severe punishment of up to 15 years in prison for deliberately spreading false information about troops.

The bill will also punish citizens calling for anti-Russian sanctions. If found guilty, a maximum fine of up to almost $5,000 could be issued, or a three-year prison sentence.

The State Duma is set to vote on the legislation on Friday. In a statement on Thursday, the parliament’s chairman, Vyacheslav Volodin, claimed that “American social networks, controlled by Washington, launched an information war against Russia.”

“We cannot help but react to what is happening. It is necessary to make a decision to combat the spread of fake information. It is important to us that the information shared is true, and those who create and distribute it are responsible,” he wrote.

Russia launched the offensive into its neighbor’s territory last Thursday. According to the Kremlin, the goal of the intervention is “to protect the people [of Donbass] who have been tortured for eight years by the Ukrainian regime.” It came after requests from the leaders of the breakaway Donetsk and Lugansk People’s Republics for assistance in combating what they claim is an uptick in “aggression” from Kiev’s armed forces.