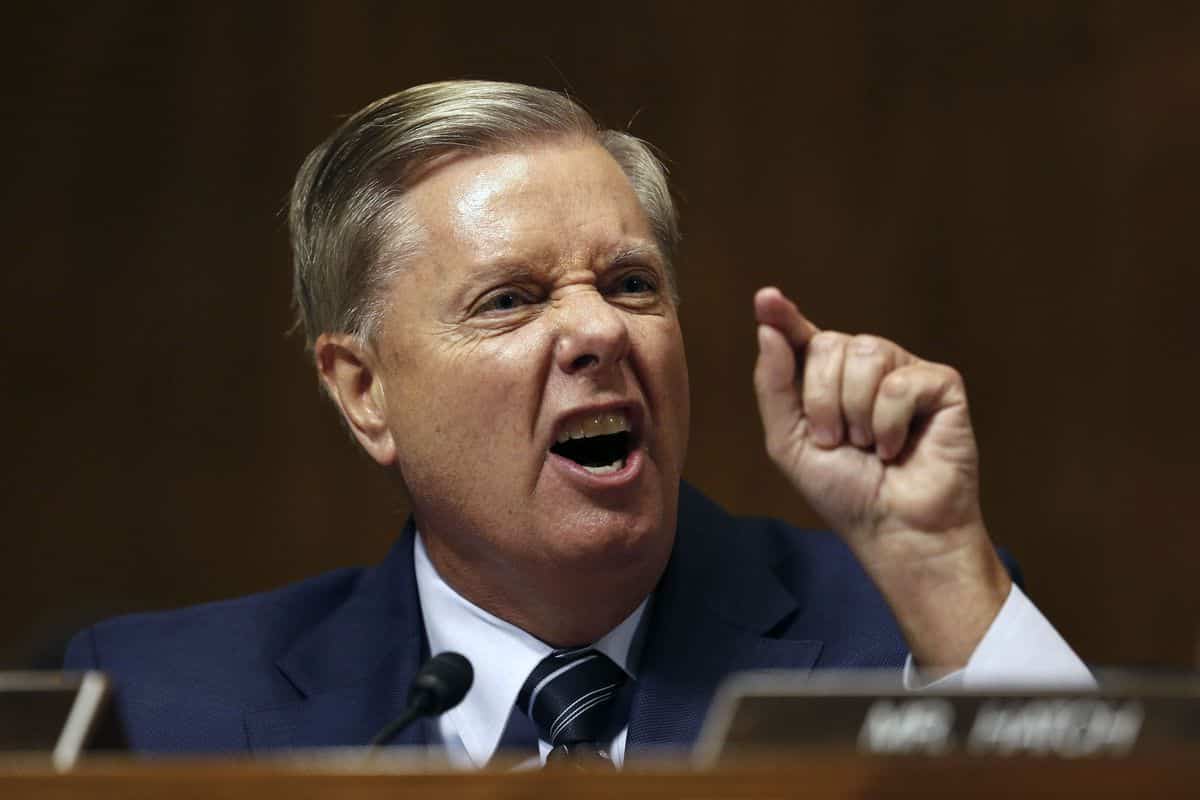 VT: What’s the chance Putin can send us some help to de-Nazify Lindsey Graham?

RT: US Senator Lindsey Graham has been driven crazy by the ongoing tensions between Moscow and the West, Kremlin spokesman Dmitry Peskov implied, following calls from the politician for the assassination of Russian President Vladimir Putin.

“Not everyone can remain cool-headed these days, some [people] lose their senses,” Peskov told a press conference, commenting on Graham’s statements made on Thursday during an appearance on Fox News. Graham suggested during the show that “somebody in Russia” should kill Putin.

Peskov pointed to the “hysterical stirring-up” of anti-Russian sentiment in the US, calling it a “Russophobic meltdown” of sorts. Earlier on Friday, Russia’s ambassador to Washington, Anatoly Antonov, called the senator’s comments “unacceptable and outrageous.” Moscow has also demanded an official explanation from the US over what it called de-facto advocating an act of terrorism.

On Thursday, Graham claimed “the only way” to end Russia’s invasion of Ukraine, which has sparked widespread condemnation among western nations and seen unprecedented sanctions being imposed against Russia, was to kill Putin. He also wondered aloud if Russia has its own “Brutus” or “a more successful Colonel Stauffenberg” ready to do the world “a great service.”

The US has previously made attempts on the lives of foreign leaders. Cuba’s revolutionary leader Fidel Castro was targeted in numerous plots orchestrated by the CIA, as revealed by the Church Committee in the 1970s. The US military has not shied away from openly hunting foreign leaders in more recent times, as was the case with Libya’s Muammar Gaddafi, who was the target of NATO airstrikes in 2011.

Moscow maintains its military offensive in Ukraine is a “special operation” aimed at the “demilitarization” and “denazification” of the nation in the name of protecting the people of the two Donbass republics Russia has recently recognized.