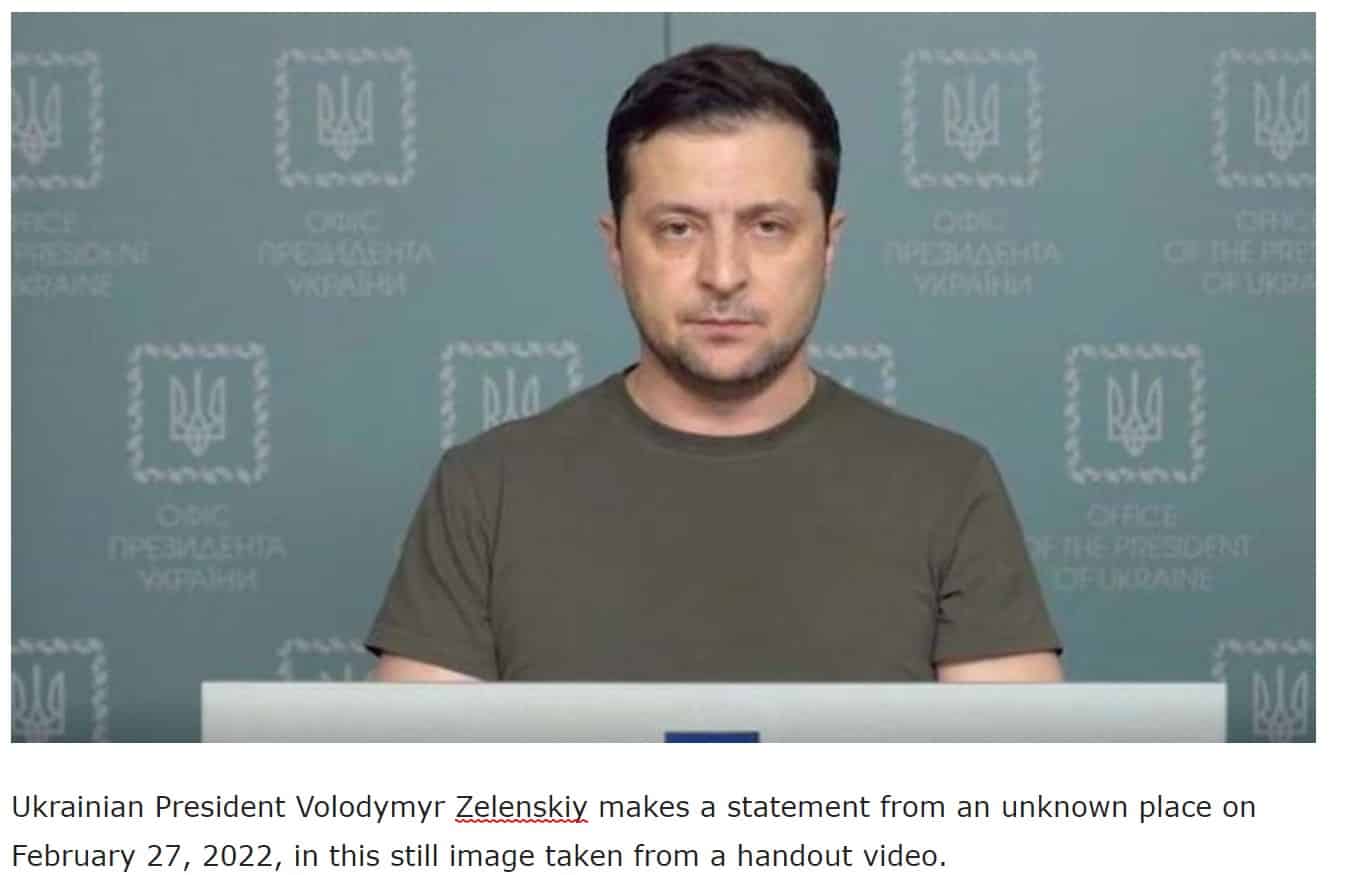 VT: This is fun. Zelensky just posted this photo to his Instagram account, proving this story false. Our folks say the photo is probably fake. We will see…or will we? 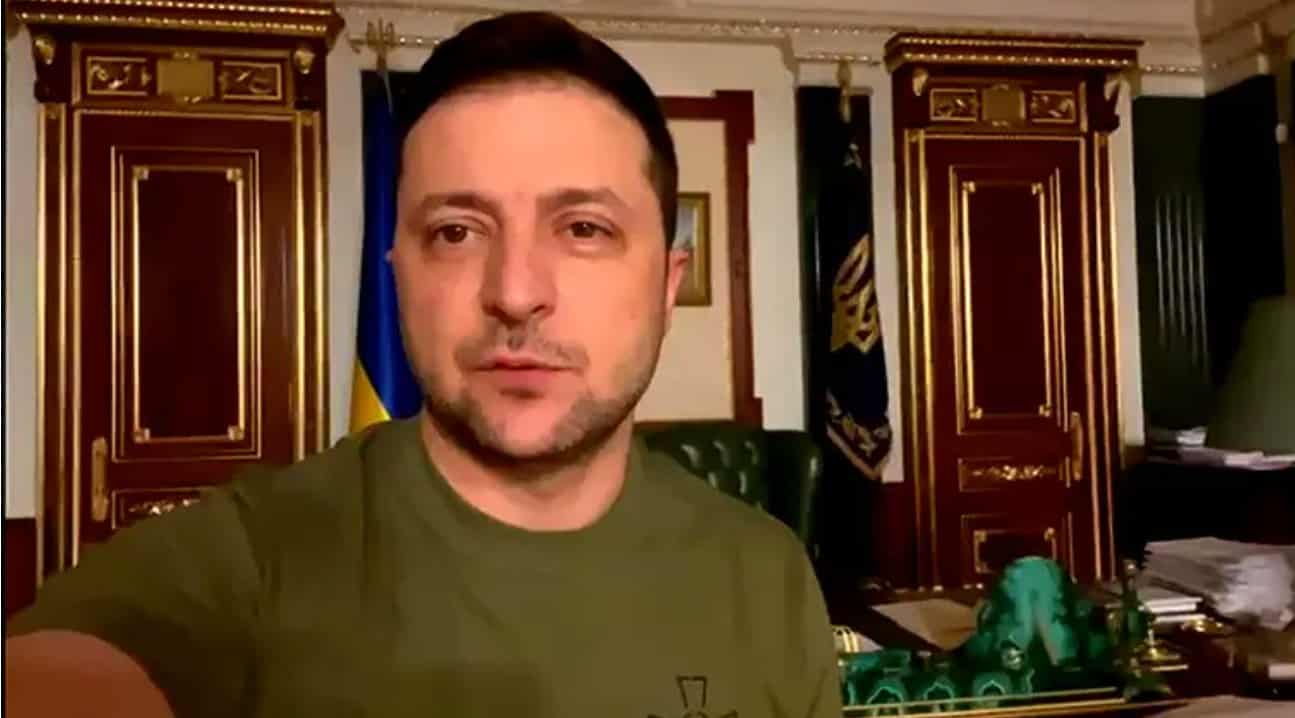 The lawmaker claimed that Zelensky is hiding in the US Embassy in Warsaw, Poland’s capital, the Sputnik news agency reported on Friday.

“This is where he is set to continue to utilize the Ukrainian Army and civilians while making insane orders that cost thousands of human lives”, Kiva said in a video message on his Telegram channel.

Where is Zelensky: Zelensky did not leave the country and fled to Poland, Ukraine rejected Russia’s claim, told where is the President at this time? https://t.co/n9qeSFmcFc

Does the photo with two Ukrainian kids aiming with a AK47 mean Ukraine now is short of soldiers and kids will be recruited to fight? Zelensky, who was depicted as a hero, now is hiding in the US Embassy to Poland. What a joke!https://t.co/4GQVbTYmQ9

US President Joe Biden called the Russian action an “unprovoked and unjustified attack,” and the American media described it as the biggest assault on a European state since World War Two assault by Russia.

Zelensky Fled to Poland and Is 'Hiding in US Embassy,’ Ukrainian Lawmaker Claimshttps://t.co/453adpel2E

“Zelensky left Ukraine. Deputies of the Verkhovna Rada said that they could not get to him in Lvov,” he wrote on his Telegram channel. “He is now in Poland”.

Analyst: The blood in Ukraine is on Washington’s hands

An American political analyst says the United States engineered “the Ukraine crisis in order to hurt not only Russia but the emerging bloc of countries seeking economic independence from the US.”

Commenting on the report, American journalist Don DeBar said, “It was clear to me last weekend that’s Zelenski had left Ukraine. I knew he had left Kiev for Lviv either last Friday or Saturday because it was reported that both NATO’s headquarters in Ukraine and the US Embassy to Ukraine had already done so. Obviously, he is under their protection (if not in their custody).”

“It was reported last weekend that both had gone to Warsaw, and so I assumed Zelensky accompanied them there as well,” he told Press TV.

“Additionally, that became more evident when he insisted that the first round of talks held last Monday be held not on the Ukraine-Belarus border but in Poland. And when the talks were in fact held in Ukraine at the Belarus border, he did not attend. Instead he issued a series of videotape statements claiming that he was in Kiev but from a set that look like a basement somewhere next to Dick Cheney’s famous ‘undisclosed location.’ In other words, that could have been recorded anywhere on Earth,” he noted.

Russia has no bad intention toward neighbors: Putin

President Vladimir Putin has warned Russia’s neighbors against escalating tensions amid an ongoing war with Ukraine.

“I have been saying for a week and a half that I fully expect some real estate broker is showing either some member of his family or someone from Langley, waterfront condos and co-ops in Miami somewhere near the one likely housing Juan Guaido,” DeBar said, referring to the US-backed opposition leader of Venezuela.