[ Editor’s Note: Patrick is still on the outskirts of Volnovakha, after a night attack the day before did not dislodge the Ukraine forces there.

I suspect the Kiev troops resisted hard to keep the road open for a Mariupol retreat, but the news today was that the Russian and Donetsk columns have cut the city off.

However, they still hold its residents as human shields, a tactic widely being used by the Ukrainian army to discourage their positions from being shelled.

Much of this extraneous shelling comes when Ukie forces are pulling back, as they will shoot off their remaining shells to have more room to carry what they are grabbing as loot from places they have been.

For historical archiving I am taking screen grabs of the interview, too many to overload VT putting a dozen or more into an article, but for our archives. 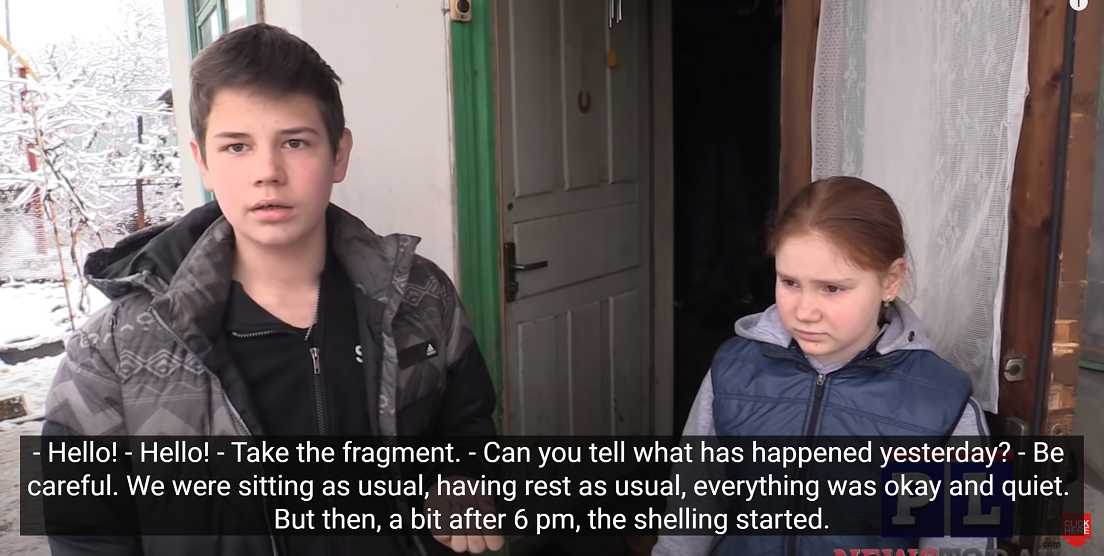 Some of these places are lucky, getting shelled for the first time during the eight-year barrage. But as I am hearing over and over again from these wives and grandmothers, they are worn out having to keep their young children in cellars so much, which was the goal of the Kiev shelling program, to try to drive them out.

To my knowledge, the West has never sanctioned Ukraine for doing this, hence Washington has given its blessing, not really an ‘American’ thing to do, but that is the twisted world we live in.

The lies in this current war are already piling up. All will be revealed, and the guilty will be made public. What will ever be done about it is a different matter, as we are sure as hell are old enough to know all about that… Jim W. Dean ]