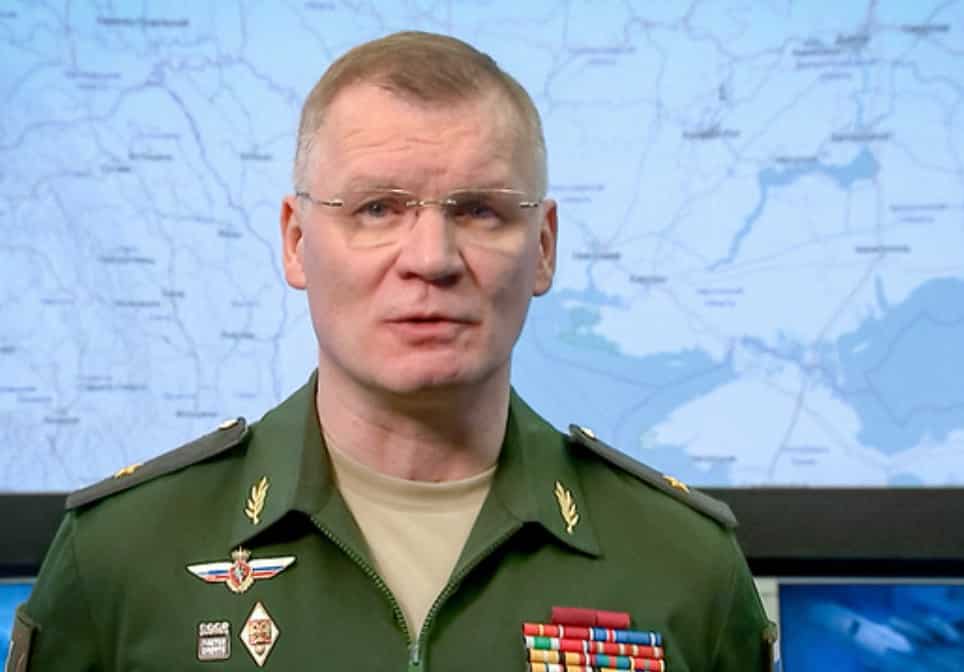 MOSCOW, March 5. /TASS/. During the special operation, the Russian armed forces destroyed 2,119 military infrastructure facilities in Ukraine. This was announced by the official representative of the Russian Defense Ministry, Major General Igor Konashenkov. “In total, 2,119 military infrastructure facilities of Ukraine were hit during the operation. Among them were 74 command posts and communication centers of the Ukrainian armed forces; 108 S-300, Buk-M1 and Osa anti-aircraft missile systems, as well as 68 radar stations “, – he said.

In addition, according to him, 69 aircraft on the ground and 21 aircraft in the air, 748 tanks and other armored combat vehicles, 76 multiple rocket launchers, 274 field artillery pieces and mortars, 532 units of special military vehicles, as well as 59 unmanned vehicles were destroyed. aircraft.

According to him, the RF Armed Forces destroyed four Su-27 aircraft and a Mi-8 helicopter of the Ukrainian Air Force. “Today, strikes on Ukrainian military infrastructure facilities have continued. On March 5 alone, five radar stations, two Buk M-1 anti-aircraft missile systems were destroyed, four Su-27 aircraft of the Armed Forces of Ukraine and air defense systems were shot down in an air battle in the Zhytomyr region. One Su-25 was shot down near Nizhyn, a Mi-8 helicopter of the Ukrainian Air Force and a Bayraktar TB-2 unmanned aerial vehicle were also destroyed by the air defense forces,” he said.

Konashenkov said that the LPR and DPR troops took control of eight settlements. “The group of troops of the Lugansk People’s Republic continued offensive operations and captured the points of Golikovo, Nevskoye and Katerynivka. The units of the armed forces of the Donetsk People’s Republic took control of the settlements of Zachatovka, Khlebodarovka, Novotatarovka, Calm and Mirnoe. The advance was 7 km,” he said.
He also said that not a single civilian could leave Mariupol and Volnovakha along the announced security corridors.

On February 24, Russian President Vladimir Putin announced a special military operation in Ukraine in response to the appeal of the leaders of the Donbass republics for help. He stressed that Moscow’s plans do not include the occupation of Ukrainian territories, the goal is the demilitarization and denazification of the country. As stated in the Russian Defense Ministry, the Russian military does not strike at cities but disable only the military infrastructure, so nothing threatens the civilian population.