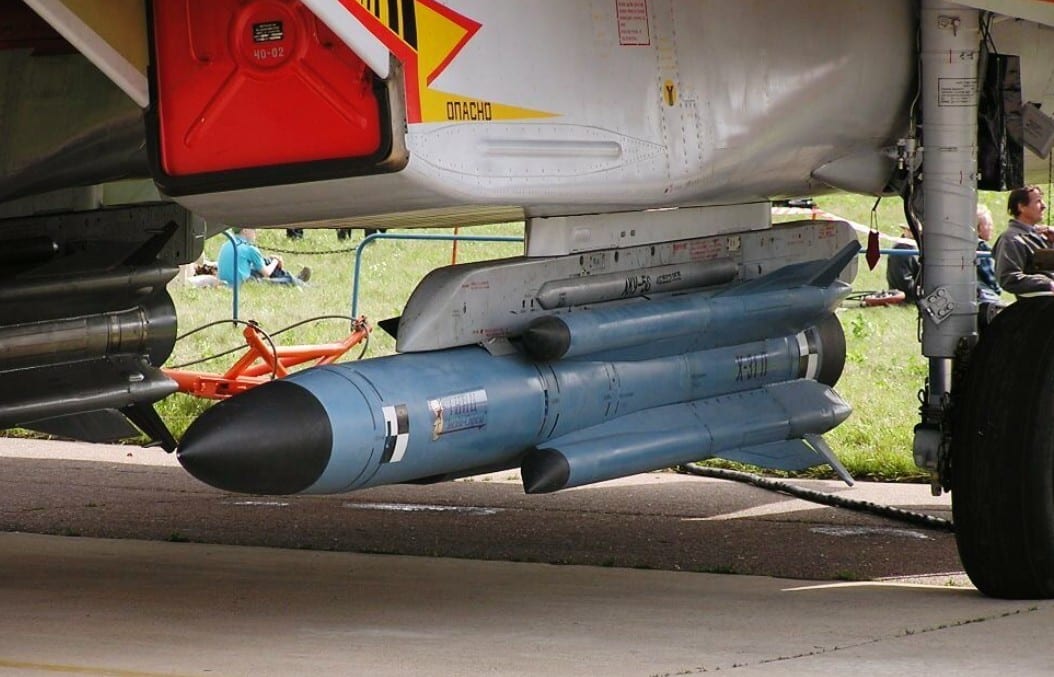 Useful ID sheet by @CSIS for some of the long-range strike weapons they've seen being used during Russia's invasion of Ukraine.

On March 5, Ukrainian sources shared photos showing the wreckage of a Kh-31P anti-radiation missile in the Donetsk region.

The remains of a similar missile were found in the Ukrainian capital, Kiev, on February 24, the first day of the Russian special military operation in the country.

Photos of what looks like a Kh-31P anti-radar air-to-ground missile wreckage in Kyiv. 2/https://t.co/Gt6UaGM1Jf pic.twitter.com/sOmm3LoEc0

The Kh-31P, which is manufactured by Russia’s Tactical Missiles Corporation, is equipped with the L-111E seeker that has a unique antenna consisting of an interferometer array of seven spiral antennas mounted on a steerable platform. The seeker can detect a range of radar types. The missile guidance is also backed by an inertial navigation system.

The original version of the anti-radiation missile had a range of 110 kilometers. However, in 2012, an improved version, dubbed Kh-31PD, with an extended range entered production.

A seemingly identical anti-ship version of the missile, dubbed Kh-31A, was developed. This version is equipped with an active radar seeker.

So far, the Kh-31P has been the VKS’s go-to-weapon for SEAD [Suppression of Enemy Air Defenses] operations over Ukraine. The air force has been also using Eniks E95M aerial targets as decoys to trick and test Ukrainian air defense systems.

The VKS’s SEAD tactics appears to be paying off. On March 5, five Ukrainian radars and two Buk-M1 air-defense systems were destroyed, according to the Ministry of Defense of Russia.