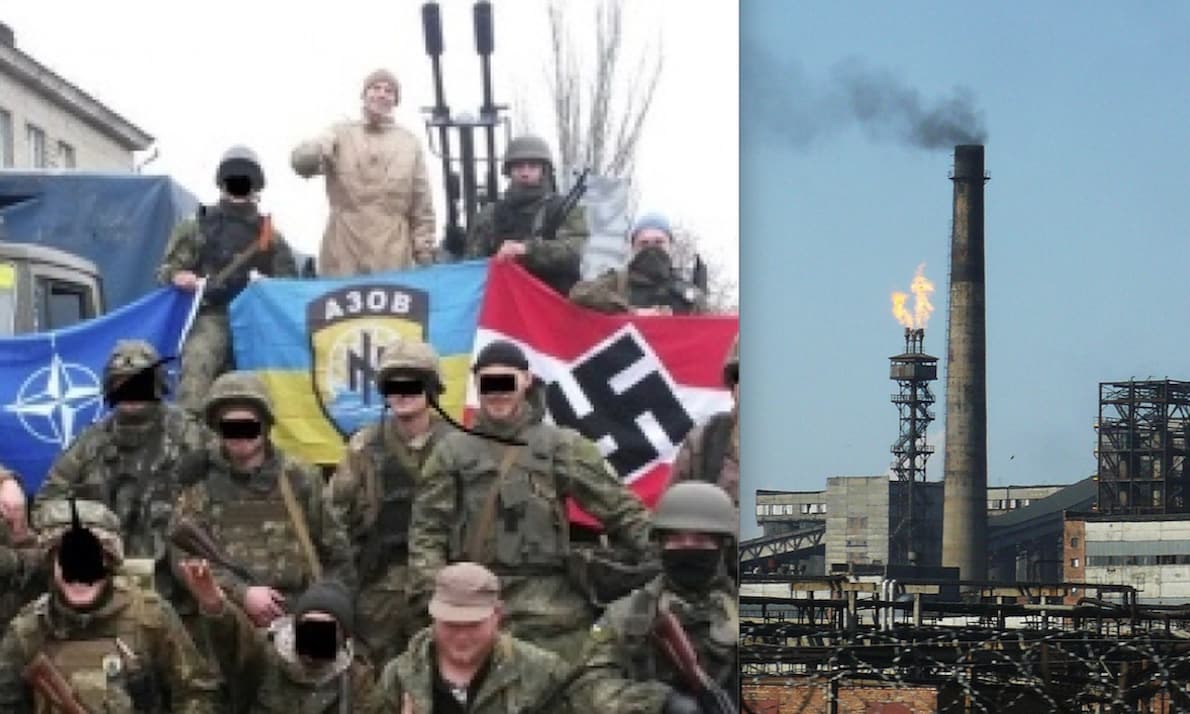 As the hours go by, the massive invasion of Russian troops in Ukraine in search of “sensitive targets” is taking on a meaning that is as clear as it is disturbing.

It began with the destruction of the Kiev aviation air bases carried out by Russia at dawn on Thursday 24 February with surface-to-air ballistic missiles to avoid retaliatory bombing in the breakaway Donbass republics of which President Vladimir Putin acknowledged the independence on the evening of Monday 21 February.

It continued with the ground-based invasion of the tanks that left Belarus with determination and speed on the Chernobyl nuclear power plant, conquered in a few hours. For a moment the world held its breath fearing that the Tsar of Moscow had really lost his sense and in a mad thirst for revenge he wanted to cause irreparable damage to Ukraine and its population.

But his special operation to “demilitarize and de-Nazify the country” wanted instead to ensure the protection of the nuclear plant precisely to avoid suicidal maneuvers by the Kiev regime.

That is why he would make the numerous bacteriological centers in Ukraine that have come under the control of the Pentagon’s Defense Threat Reduction Agency (DTRA) among the priorities to be conquered.

It is the agency of the US Department of Defense that controls, under the supervision of the Central Intelligence Agency, at least 25 laboratories around the world including the very famous Lugar Center in Georgia, near Tbilisi, suspected of having had some role in the construction of the laboratory virus SARS-Cov-2 as the contractor Gilead, producer of the Remdesivir antiviral, in which the Hungarian-born Plutarch George Soros, financier of the Revolution of the Rose in the Georgian nation.

That is why the alarm raised by the American geopolitical newspaper Veterans Today must be taken very seriously, which took up a nightmare article published by SouthFront, a counter-information Analysis and Intelligence site among the best in the world on war fronts.

VT is publishing this only after receiving confirmations. Please note that SouthFront is considered by the FBI to be tied to the Russian government. VT has seen evidence that special operations forces of the Kiev regime, aided by Nazi militias, have begun murdering Ukrainian civilians in hopes of getting the West to step in… reads Veterans Today.

Really disconcerting as reported by SouthFront even with a video: «Developments on the ground demonstrate that the command structure of Kiev forces was effectively neutralized as Ukrainian troops do not demonstrate effective resistance. In these conditions, the Kiev regime has already turned to the strategy of terrorist attacks on civilian infrastructure».

Above all, a somewhat circumstantial reference is disconcerting: According to reports, SBU operatives planted bombs in the Adveevka Coke and Chemical Plant. The special service probably plans to blow it up causing an ecological catastrophe in the region with the goal to blame Russia.

Therefore he certainly has the possibility of organizing a “false flag” explosion to hit the opponent as already happened in the case of the ambiguous and alleged bombing of an asylum in the Donbass which resulted in the retaliation of the Kiev army and therefore Putin’s decision to recognize and protect the Donetsk and Lugansk Republics.

It is equally true that the special services can rely on many ferocious neo-Nazi militiamen such as the components of the Azov Battalion, the most violent formation of the Ukrainian National Guard in which all the operational activists of the Right Sector deployment are channeled.

Alongside the Azov guerrillas, also denounced for war crimes by Amnesty International, they also supply the Chechen jihadists of the Sheik Mansur Battalion, some of whom trained in Iraq and Syria by ISIS, to whom we dedicated a previous report after Sergei Naryshkin, director of the Russian Foreign Intelligence Service (SVR), had reported the presence in the Donbass of “multinational detachments of jihadist militants”.

The head of the Kremlin’s counter-intelligence, in fact, has expressed the fear that Islamic extremists may act “in the manner of the false” White Helmets in Syria, or the self-styled rescuers of the Syria Civil Defense trained by the former British military secret agent James Le Mesurier (died under very mysterious circumstances in Istanbul when Turkey decided to invade the Syrian North East in autumn 2019) that Russia has reported to the UN a terrorist formation for organ trafficking and who are suspected of having helped Al Nusra’s Qaedists to build the chemical attack in Douma to blame Syrian President Bashar Al Assad.

THE CHEMICAL PLANT IN THE SIGHT

Avdiivka Coke and Chemical Plant (AKHZ) in Donetsk Oblast, Ukraine, is the largest coke producer in Ukraine and is owned by the company Metinvest, which is in turn owned by Rinat Akhmetov, a Ukrainian oligarch. AKHZ also produces a variety of chemicals including benzene, coal tar, coal oil ammonium sulfate, and coke gas. At present Avdiivka Coke plant consists of 13 main and 30 auxiliary workshops as well as service structural divisions.

Before the war in Ukraine, production was 12,000 tons of coke per day, worth $2.4m. However, this has fallen by two-thirds due to the conflict. Avdiivka Coke is one of the top-five coke producers in Europe and the largest coke producer in Ukraine. Currently, AKHZ produces about 40 types of products and the share of the plant exceeds 20% of gross coke output in Ukraine. The plant is considered important to steel production in Ukraine.