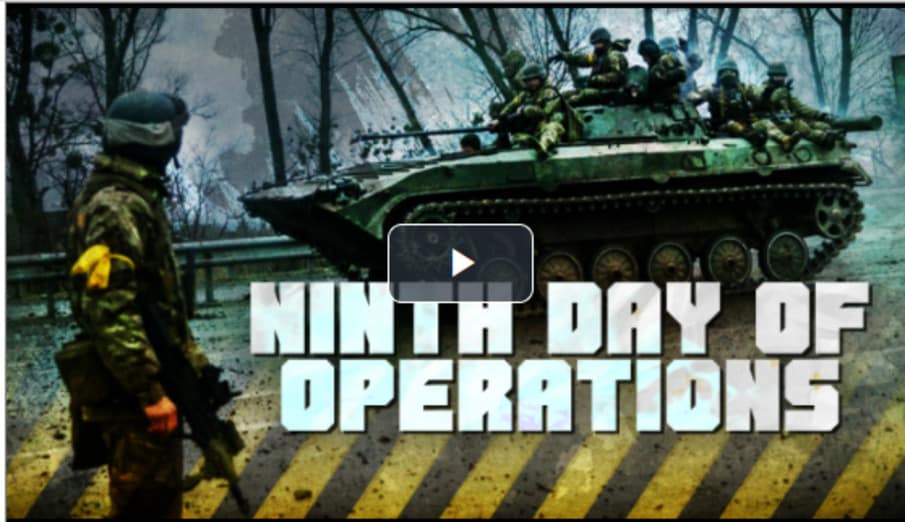 On March 4, clashes between the Russian Armed Forces and the Ukrainian military continued west of Kyiv. Russian forces have expanded the control zone in the area forcing Ukrainian formations to retreat.

Fierce battles are taking place in the village of Bucha. The Russian Army took control of it in the morning of March 3, but the Ukrainian Army launched a counteroffensive. Serious clashes also occurred in the village of Irpin.

No significant changes of the situation took place near Kharkiv. Russian troops are on the northern outskirts of the city and bypass it from the southeast. They regularly deliver precise strikes on places where pro-Kiev forces are concentrated. In response, Ukrainian units used rocket launchers, at least some of which were deployed in residential areas. An operation to completely clean up the city from pro-Kiev forces is expected in the near future.

In Mariupol, clashes continue in the suburbs of the city. The Ukrainian army and nationalist battalions are trying to resist the superior forces of the DPR and Russia. Negotiations are underway to organize humanitarian corridors for the withdrawal of civilians. The operation to fully clean up the city from the remaining pro-Kiev units are yet to be launched.

In Vonovakha, the Russian military and forces of people’s republics have been developing their operation to eliminate the grouping of pro-Kiev forces there. Ukrainian Army and nationalist battalions suffered significant losses in manpower and equipment. At the same time, DPR forces have almost reached the town of Severodonetsk from the north.

In the Slavyansk-Kramatorsk direction, Russian forces are advancing towards Krasny Liman from the northeast, having taken control over Balakleya. They advance towards the settlement of Izyum. At the moment, there are battles and airstrikes in the area. The main aviation targets are the remaining facilities occupied by the Ukrainian military and the territorial defense fighters. By taking Izyum under the control, the joint forces of Russia and the LPR will create the possibility of encirclement of the grouping of Kiev forces in this area of operations.

Nikolaev is partially blocked by Russian forces. An operation is being prepared to take the city under the full control. Eyewitnesses report the concentration of units of the Ukrainian Army and territorial defense forces in the southern outskirts. As of the morning of March 4, no clashes were reported there.

Intense fighting is taking place near Voznesensk. In order to hinder the attack on Kyiv from the south, the Ukrainian military blew up two crossings across the Yujniy Bug River. According to experts, the advance on Odessa is planned after the establishment of the full control over Nikolaev.

In Kherson, Russian troops are gradually establishing the full control over the region. The delivery of humanitarian aid has begun. The supply of water from the North Crimean Canal to the regions of the Crimean peninsula was organized.

Russian forces blocked the city of Chernihov. Fighting erupted to the north of it. However, no direct assault was launched.

Meanwhile, the Russians started establishing control of Energodar town. Now they are working to eliminate military positions of the Ukrainian Army in the city. Late on March 3 and early on March 4, clashes took place in the area, including areas near Zaporizhzhia Nuclear Power Plant where the Ukrainian Army set positions. This allowed the Zelensky government to speculate that the Russian advance may endanger the nuclear plant. Despite this, local sources report that by the morning Russians had established control and secured the facility.

In general, Kiev troops are retreating to the north of Zaporizhzhia Region, where the Russian Armed Forces are also advancing.

The second round of the Ukrainian-Russian negotiations achieved no breakthrough. Nonetheless, the sides agreed to work on establishing of ‘green corridors’ for evacuation of civilians and for deliveries of humanitarian aid.