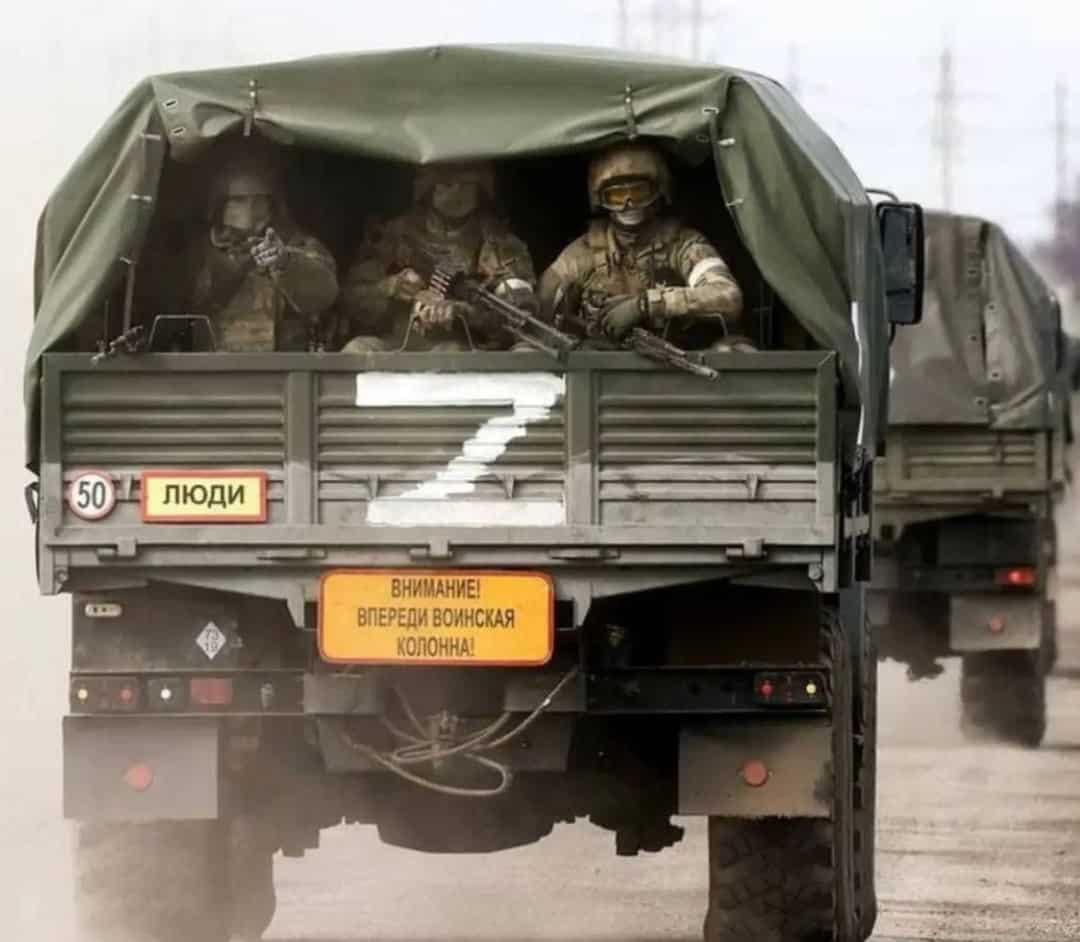 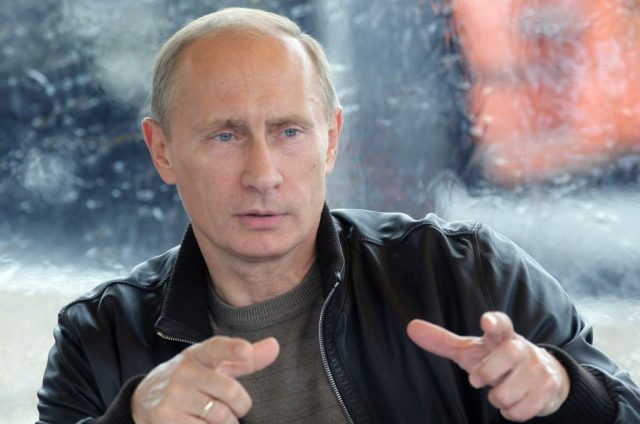 SF: Day 9 of the war in Eastern Europe demonstrated that the world has changed completely and irrevocably. Nine day of the Russian operation on the territory of the former USSR republic, which was founded by Vladimir Lenin in 1919, destroyed at least eight years of the global elite’s Overton Window aspirations resulted in the creation of an alternative reality with renewed Nazi criteria of dividing society into slaves and masters.

On March 4, there were a number of notable events on the front lines in Ukraine, but two most important events remained in the shadows of the battle reports.

First, the population of Ukraine began to realize the difference between the attitudes and, consequently, the actual behavior on the ground of Zelensky’s pro-Western regime supporters and those of Putin’s Russia. Second, it became clear that the vast majority of Ukraine’s military and civilian management served their own pockets, not the people of Ukraine. Only their social media pages were willing to die for the motherland.

President Zelensky either left Ukraine and is in Poland at the U.S. Embassy, or in Lviv, or in a drug binge. The exact location remains unclear. 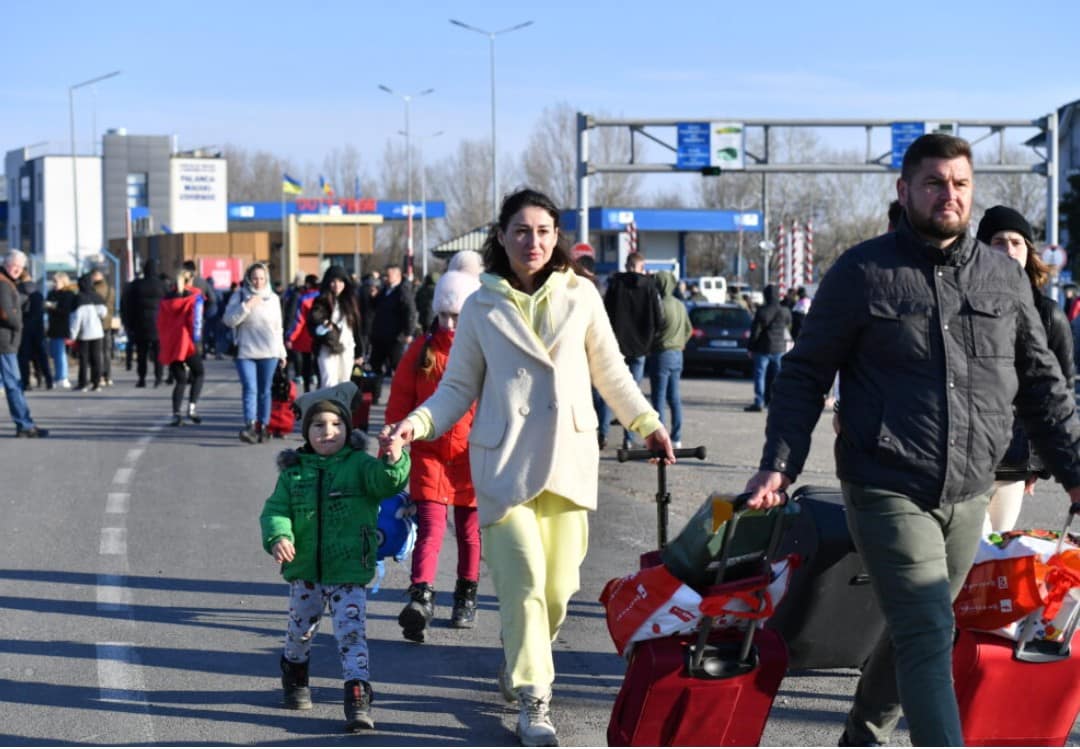 Tens of thousands of Ukrainian citizens leave for Moldova. Residents of Moldovan border districts are surprised to note that most of the cars that cross the Ukrainian-Moldovan border are expensive ones, unaffordable to the budget of an average Moldovan family. Almost all these cars were empty when passing the border, while the Moldovans came to the border on their own cars to help elderly people and women to get to the cities. At least half of the refugees to Poland are young men of conscription age.

An incident on the Polish border:

This has already caused a wave of anger among the local Polish population. Poland has been dealing with the phenomenon of mass Ukrainian labor migration for years. Previously, there were already disgusting phenomena in the Polish society, comparable to those that occurred in the mid-20th century: “we do not employ Ukrainians,” “cafes do not serve visitors with dogs and Ukrainians” and so on. Frankly speaking, these were isolated, not numerous cases, recorded by European human rights activists. Now there are not three thousand Kurds, but more than one hundred thousand Ukrainians arriving to Poland at once. 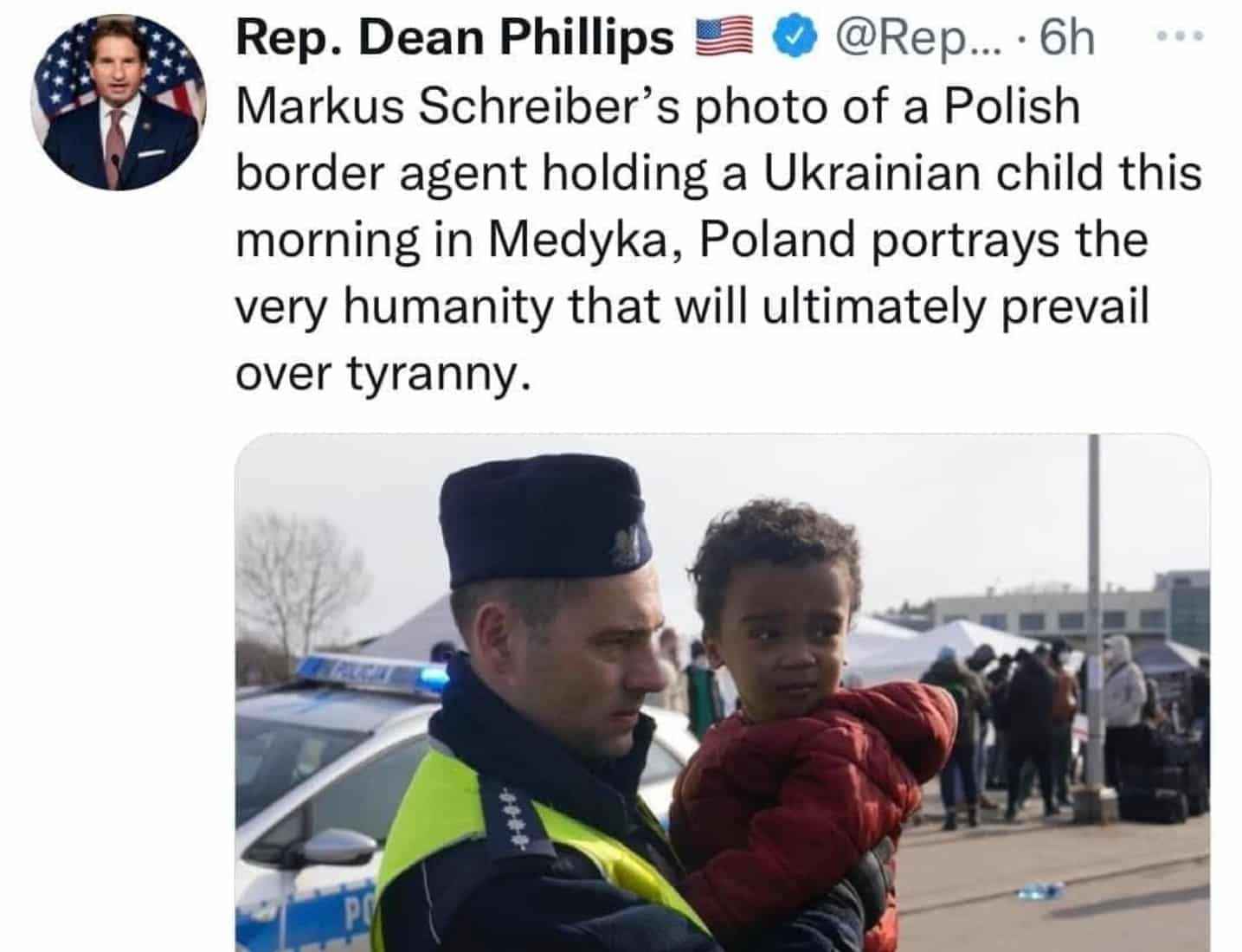 The Czech Republic, in turn, has introduced a state of emergency for Ukrainian citizens who have arrived, on the one hand, and state employees and volunteers, on the other. Obviously, these two groups enjoy different rights. Czech citizens are not affected by the state of emergency.

At the same time, the behavior of Russian forces in Ukraine confirms the assumption made a couple of days ago that the Russian command has changed its tactics. This applies to both battlefield and information warfare tactics.

Russian units have abandoned the tactics of pounce and attempts to make deep breakthroughs using light force. Reconnaissance drones are massively deployed. The time, frequency and accuracy of artillery fire on AFU positions have increased significantly. The Russian command strengthened its rears, organized combat escort of supply convoys. The presence of Russian aviation in the skies of Ukraine increased significantly, and high-precision weapons were used against tactical targets.

Barricades at the entrance to the city of Energodar: 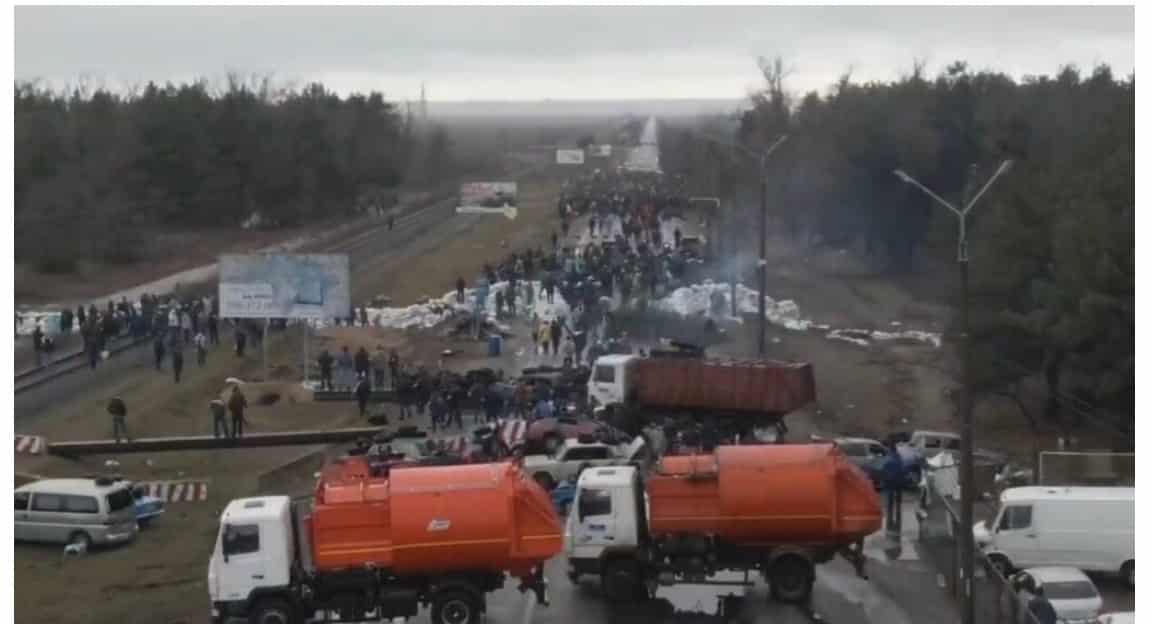 The rule of asymmetric response to provocations and actions capable of damaging the lives, health and equipment of Russian servicemen began to apply to civilians and people in civilian clothes. The cumulative effect of those actions has sharply reduced Russian casualties.

In the information sphere, the Russian Ministry of Defense apparently monitored and analyzed the key areas of information and psychological influence on the residents of Ukraine and Russia.

Russian propaganda began to cite numerous examples of good treatment of prisoners, even those from nationalist battalions. This plays a huge role against the background of videos of torture and murder of Russian captives by the AFU.

The Ukrainian prisoners: (VT…showing POWs is crap!)  (we can’t embed the video…these are stills) 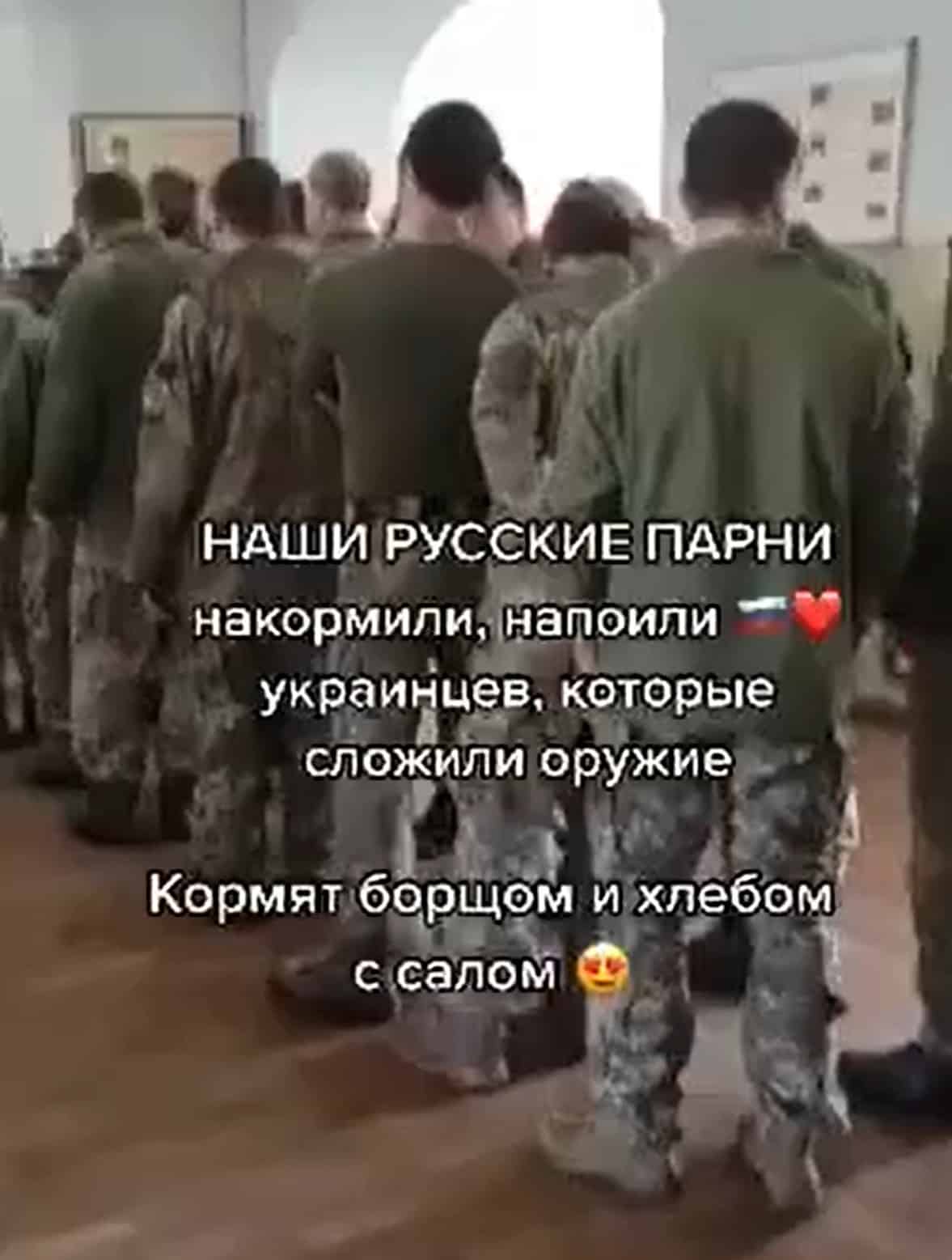 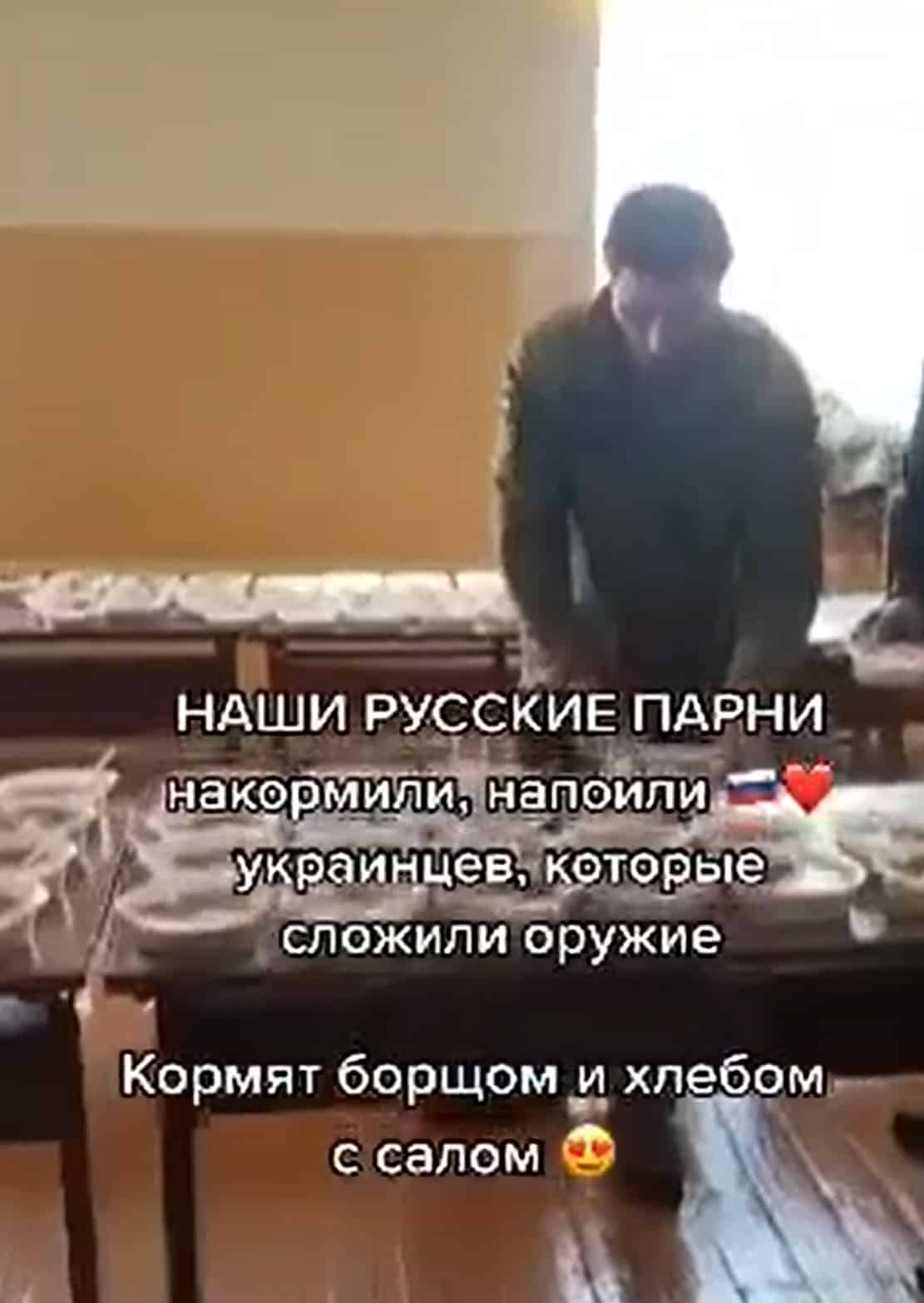 A campaign was launched to glorify Russian soldiers who have achieved outstanding results on the battlefield and assisted the local population.

The delivery and distribution of humanitarian aid began. In the Kherson region, occupied by the RF Armed Forces, a full tax holiday was announced until the situation was stabilized, as well as gratuitous aid for the sowing season and provision of food and basic necessities to all local residents in need, regardless of their views or political affiliation.

All of this stands in stark contrast to the actions of official Kiev in the media space, which persists in calling on civilians to throw Molotov cocktails at Russian equipment and build barricades from “office chairs”. As of March 4-5, 2022, the central command of the AFU over the eastern and southeastern front lines is lost. Also, more than half of Ukraine’s regions have found themselves with an absence of a state power hierarchy. The delivery of cash for social payments and salaries is complicated or blocked. Criminal gangs and groups of looters are rampant in the regions. Law enforcement bodies are losing the ability to perform their functions.

Civilians killed by nationalists when trying to leave Mariupil:

The grouping of the Luhansk People’s Republic in the eastern direction for Kiev seized the settlements of Shandrigolovo, Aleksandrovka, Derilovo, Srednee and Lozovoye. LPR units continue to cover the largest AFU grouping from the north near the Rubezhnoye-Severodonetsk-Lysychansk agglomeration, cutting this grouping between Izyum in the west and Limanov in the east, as well as reaching Slavyansk. In the Kharkiv direction, a grouping of the Russian Armed Forces operates in this direction to the southeast of Kharkiv (Balakleya, Izyum). There are reports about the activity of Russian units in the immediate vicinity of Balakleya. At the same time, it is too early to speak about the connection of LPR units with the advancing Russian Armed Forces in the next three days. The Izyum-Slaviansk routes, as well as the corridors from Balakleya to the south, are unlikely to be cut on March 5-6.

The base of the Right Sector in the village of Berdyansk, Mariupol. The nationalists manufactured 60 mm mines, prohibited by the Minsk agreements, as well as homemade bombs for drones:

In their turn, the DPR armed forces took control of the settlements of Rozovka, Trudzhenka, Znamenovka and Puzatoe. Fighting continues on the outskirts of Mariupol. There is no decisive storming of the city. DNR assault units operate in the outskirts of the city of Mariupol, advancing in a south-south-western direction. There are heavy battles with casualties on both sides. The Ukrainian garrison of Mariupol is determined to inflict maximum losses on the advancing DPR and Russian units.

The mopping-up of Volnovakha also continues. A number of districts of the settlement remain partially under the AFU control. On March 4, footage was published of the Russian Su-25SM3 shot down near Volnovakha.

In the Zaporizhzhya region of Ukraine, the Russian Armed Forces are advancing on a broad front stretching 120-150 km. In the afternoon of March 4, there were reports of the Russian Armed Forces occupying the strategic village of Polohy. In general, as of the morning of March 5, advanced Russian units in this section of the front appear to be waiting for the second echelon of troops for a decisive offensive to the north and southeast. Territorial defence scattered mines on the road from Vasilevka to Zaporozhye

To the west, in the Nikolayev area, there has been no advance of Russian troops, nor has there been a landing operation near Odessa. The Russian command does not seek to enter major cities, aiming to cut off communications. In the Nikolayev area, the Ukrainian Armed Forces command significantly assisted the Russians by destroying key bridges across the Southern Bug River.

In Irpen, the AFU settled in an unfinished house and were hit by Russian forces.

Missile, air and artillery strikes continue to be carried out on the outskirts of Kiev. As the day before, Russian units do not seek to enter the city. The mopping-up of Kiev from the west and southwest continues.

The similar operations are carried out in Kharkiv. At the same time, some outskirts of Kharkiv are occupied by the Russian Armed Forces. The Russians are seeking to ensure that the civilian population leaves the city.

Based on the current situation, it can be assumed that the Russian Armed Forces do not plan to launch an assault on Kiev in the next 2 weeks, but a mop-up of Kharkiv should take place in the nearest future, most likely upon success in elimination or disorganization of the AFU grouping near Luhansk Oblast (LPR).

To the north, northeast and east of Kiev, including the Chernihiv and Sumy regions, large settlements remain under Ukrainian control in the rear of the advancing Russian forces. They are either blockaded or under observation by Russians.

Thus, the Russian military command, having realized in practice the volume of tasks to be accomplished and facing fierce resistance of the AFU, acts according to the available forces and means, seeking to minimize losses of manpower.

The ongoing events are obvious for the co-director of the current crisis in Ukraine – the United States. That is why the White House is reacting cautiously to developments in Ukraine, enjoying the spectacle of mutual exhaustion of Russia and its European rivals. Somewhere in the next chair, to the left, China is sitting in the back, crunching popcorn. The guys have not yet decided whether they will be friends again, sorting out the debris of the fight, or will take part in the party itself.