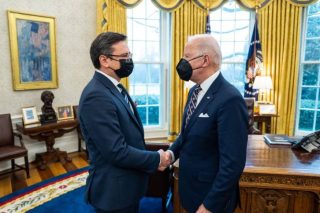 Remember the Plandemic? Remember how the American globalists were so crazy about it to the point of manufacturing deceptive statistics, videos, and even hospital manipulations? They ran it to the point of near failure where their media blitz machine simply just ran out of juice. But there was already a second line of defense ready to roll into the battle.

It was only a matter of time where they could switch the narrative and point their cameras to this new scenario and boast about their new social justice badges, feeling sanctified with their god. It is now the latest philanthropical effort to “support” western Ukrainians.

Who are these People?

So, who are these “Ukrainians” that hate Russia so much? Well, they were created by the communist leftovers of the Soviet Union. Prior to the communist takeover of Russia, Ukraine was the very cradle and borderland of Russia.

Kiev, Ukraine, is where Prince St. Vladimir baptized his Nordic people along with many pagan tribes such as the Slavs (who likely made up the ancient majority), as well as fragments of the Scythians tribes, into the Orthodox faith and culture. From Kiev, this new great Christian people began calling themselves “Rus.” This term means “men who row”. This is because the leaders of the people in Rus at that time were the Vikings who were expert sailors. 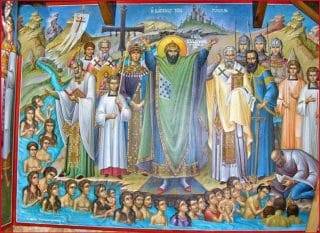 There is a new exhibition in Moscow’s Red Square that shows the ancient artifacts of these Vikings, as well as digital maps of how they rowed through many complex rivers to get to the land of Ukraine. After they established their community in the now-called land of Ukraine, they rowed to Constantinople (now called Turkey) where they found the Orthodox faith. St. Vladimir is recorded as saying, 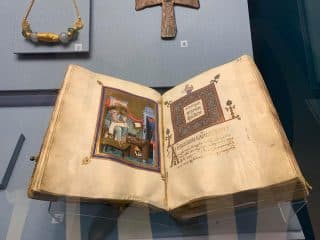 “And we went into the Greek lands, and we were led into a place where they serve their God, and we did not know where we were, on heaven or on earth; and do not know how to tell about this. All we know is that God lives there with people and their service is better than in any other country. We cannot forget that beauty since each person, if he eats something sweet, will not take something bitter afterwards; so we cannot remain any more in paganism.”

After a few hundred years, the neighboring Mongolians became aggressive through their conversion to Islam, and began attacking Rus. The people of Rus then expanded east to protect the lands closer to the Mongols, which evolved into a new capital: Moscow. From there, with Kiev, Ukraine, Rus became an Orthodox empire.

In the early 1900s, western governments began funding a rebellion in Russia through the means of global ecumenists. Lenin was raised up, all of Russia was taken over and eventually renamed the “Soviet Union.”

After the Soviet Union began dissolving in the beginning of the 21st century, the Soviets decided to leave certain countries with some autonomy, such as Ukraine, so as to not officially be considered a part of the new Russian Federation. 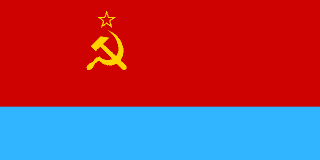 This is the irony of today’s globalist (western) Ukrainians: They ignorantly point the finger at Putin, stating that he wants to draft them into a new Soviet Union. Such a laughable and ridiculous accusation will never gain any respect from Russia, not only because it is modern Ukraine who still carries the torch of Soviet ideology of ecumenism, but also because of the fact that Putin has done what probably no other leader has EVER done in the history of Christ’s people. He has built TENS OF THOUSANDS of Orthodox churches in Russia.

No one does this by accident or compromise. Anyone who knows about how nations are established, knows that temple building comes first, then culture is built off that, including military. For those of you who do not know, Orthodoxy is radically opposed to communism, hence all of the churches that the Soviets destroyed and tens of thousands of the Orthodox that they killed and enslaved.

Many American globalists do know that the Soviet-created Ukraine is completely on board with western globalism in all of its glory, including some of the most perverted sexual preferences of the anti-traditional family model. Now, this blasphemous model of family that we see St. Paul the Apostle condemn in his letter to the Romans, is not the essence of the Soviet-based people of Ukraine. It is merely a symptom of a much more deadly virus: ecumenism.

Ecumenism is the heart of the Soviet and western belief. All spiritual paths lead to the same god, they believe, whether it be Paganism, liberal Judaism, Islamic, Buddhist, Protestant, Catholic, Orthodox, etc. This is so-called the “novy sovetsky”, the New Soviet Man. This was a new type of person to the Soviets. It was to be a “neutral” person with no gender or religious dogma.

Folks, the novy sovetsky person is repackaged today as the liberal, the globalist, etc. It will soon have a universal name that will attempt to overtake the Christians. It is not a time to fight as much as it is a time to prepare both spiritually, intellectually, and economically. We must become sustainable, agrarian people, who are not dependent on the globalist trade system.

We must become communal people who stick together and support each other in both spirit and practicum. The current crisis in Ukraine is one of a “Great Reset”, as they call it, and western Ukrainians are at the forefront of it all, primarily because they are not only the spiritual root of Russian, but also a physical gateway to Turkey and much of the east. The devil wants Ukraine like no other nation right now, and the current US presidency and media is fostering it all.