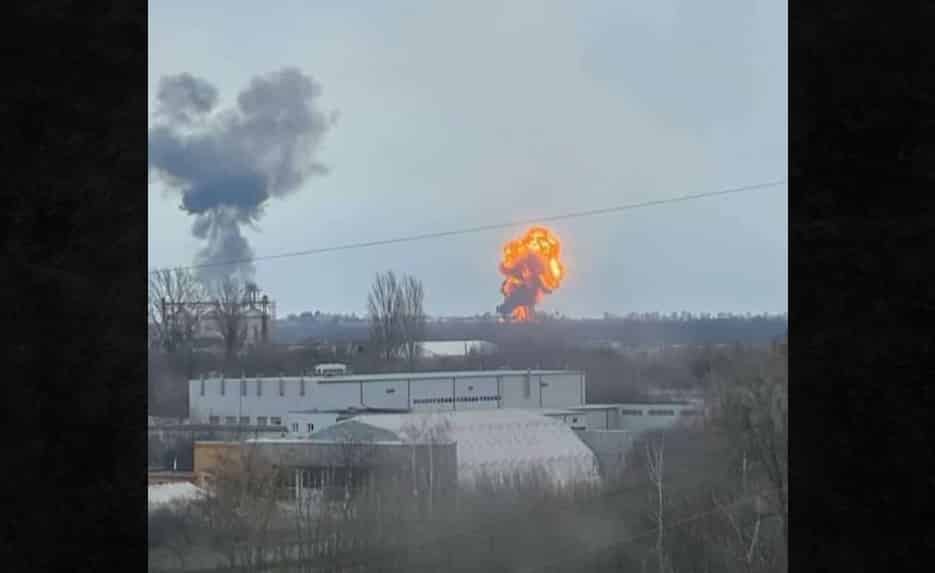 1. Negotiations between Russia and Ukraine will take place tomorrow in Belarus. Moscow once again made it clear today that if Kiev does not accept the terms (without any indulgences), the consequences for Ukrainian statehood will be severe. The U.S. says that the second phase of the operation could begin on Monday, including operations to take control of Odessa and Kiev, as well as to encircle the AFU grouping in Donbass. The Zelensky gang’s statements are increasingly hysterical and accusing the West of ditching them (which has never happened, after all).

2. The humanitarian corridors in Mariupol and Volnovakha are still being disrupted by Azov Nazis, despite all the agreements. Is anyone surprised? I am not. So far, about 300 people have been freed from the hands of the terrorists in Mariupol. Several dozen more managed to escape from Volnovakha. The Ukrainian terrorists do not want to get rid of their human shield. Which dooms many people to death when the counterterrorist operation in Mariupol itself begins and the active mopping up of Volnovakha continues.

3. The confusion over Zelensky’s real whereabouts continues, and Ukrainian and American sources spread the rancor about Zelensky’s impending evacuation to the West, Also the search for spies and traitors continues. Kiva has been accused of “high treason” and is wanted. If they catch him, they’ll probably kill him like they did Kireev. And then they will think about whether he is a “traitor” or a “hero. Zelensky himself said today that the West wants Ukrainians killed (woke up) and that “we are at war over where the new border will go. The old border will obviously no longer exist. The borders will change anyway – the question of course is interesting where they will pass.

4. Anti-war rallies are taking place in Russia today, with the help of which Zelensky called for a halt to the operation in Ukraine. Judging by the number of people gathered, even the arrest of Navalny (who is this, by the way?) and the coronavirus restrictions (by the way, where is the covid?) worried the citizens more. But we’ll see, maybe by tonight, the number will rise. For now, things are pretty miserable, apparently facilitated by a fierce information sweep, which continued today.

Today began enforcement of the law on the RF Armed Forces fakes. The first lucky fan got away with a 60,000-ruble fine. I had the idea of writing about the problems in the offensive operation (of course they also exist), but for now I will wait – we need to see how the law works in practice. Or there will be material after the end of the operation, when the military censorship will not be so merciless.

As for the operation itself, it is worth noting that even in the West there are different interpretations about the plans of the RF Armed Forces Headquarters, although the movement on the map gives some idea of what they are trying to achieve. From a subjective point of view, priority #1 is the destruction of the AFU grouping in the Donbass by encircling and defeating this grouping, which would deprive Ukraine of most of its armed forces and heavy equipment.

There may be a military summary in the evening, if I get my strength together, tired as hell – the first thing I will do when all this is over, I will disconnect from the Internet for 24 hours, just sit and watch some movies.

The broadcast on Ukraine continues as usual here https://t.me/boris_rozhin (today the channel has over 350 000 subscribers, oy vey)

The title photo shows the destruction of an airfield in Vinnitsa, 8 “Calibers” flew in and that’s it. Zelensky was crying about why Vinnitsa was involved. Well, yes, the Nazis from Vinnitsa, who fought in Donbas, had nothing to do with it. That’s the boomerang. And keep in mind that the Russian Federation blatantly spared not only civilians but even the AFU. But it could (if it were the way it is painted, to shell residential neighborhoods like the AFU).

SOURCEColonelCassad
ATTENTION READERS
Due to the nature of independent content, VT cannot guarantee content validity.
We ask you to Read Our Content Policy so a clear comprehension of VT's independent non-censored media is understood and given its proper place in the world of news, opinion and media.