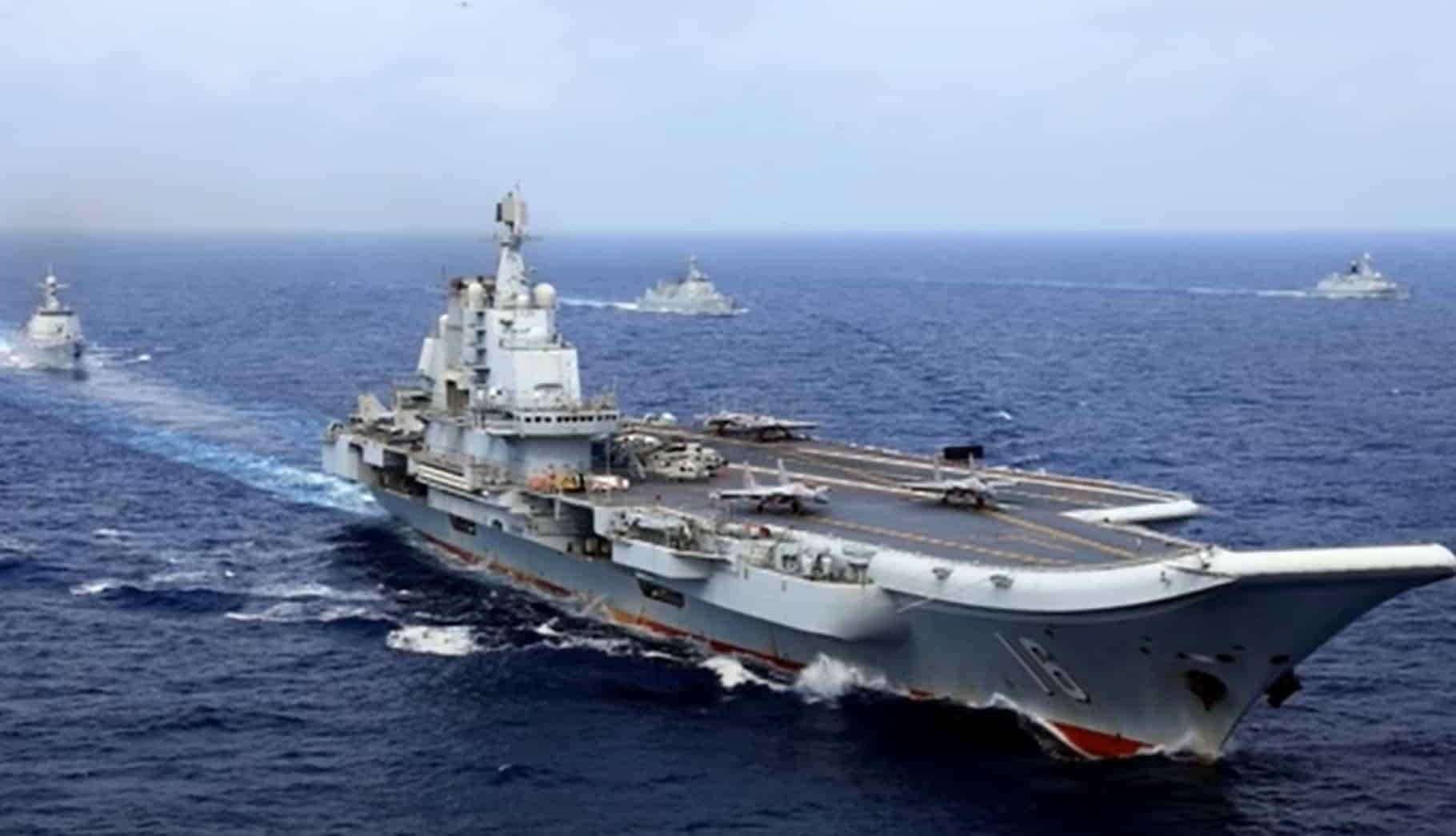 Scott Ritter is a former US Marine Corps intelligence officer and author of ‘SCORPION KING: America’s Suicidal Embrace of Nuclear Weapons from FDR to Trump.’ He served in the Soviet Union as an inspector implementing the INF Treaty, in General Schwarzkopf’s staff during the Gulf War, and from 1991-1998 as a UN weapons inspector.

While China has made it clear that there is no direct correlation between Ukraine and Taiwan, noting that Taiwan is an integral part of China, its silence on Russia’s use of force should give pause to those who may doubt Beijing’s willingness to resort to similar action when it comes to defending its own territorial claims.

As the US and NATO struggle to deal with the unfolding crisis in Ukraine, China’s Foreign Minister, Wang Yi, has issued a warning to the Biden administration not to repeat the mistakes made in Europe by attempting to create a Pacific version of NATO to contain and constrain China.

Wang’s comments were made at his annual media conference as China convened the National People’s Congress, the country’s top legislative body, in Beijing on Monday. Calling such plans “perverse actions” that “run counter to the common aspiration of the region for peace, development, cooperation and win-win outcomes,” Wang declared that if they were implemented by the US, “they are doomed to fail.”

Wang also criticized the US for expanding its ties, including military cooperation and weapons sales, with Taiwan. Such policies, Wang warned, “not only push Taiwan into a precarious situation, but will also bring unbearable consequences for the US side,” adding, somewhat ominously, “Taiwan will eventually return to the embrace of the motherland.”
.

China has made no secret about its claim to Taiwan, or its ambition to make good on that claim through any means necessary, including military force. While the prospects of any near-term military action by China against Taiwan have been viewed as remote, the Russian offensive in Ukraine has caused many observers to reconsider that position.

The Chinese concerns are not imaginary, but rather drawn from a direct reading of the guidance published by the Biden administration in the Spring of 2021. “Our democratic alliances,” President Joe Biden declared in his interim national security strategic guidance, “enable us to present a common front, produce a unified vision, and pool our strength to promote high standards, establish effective international rules, and hold countries like China to account.”

“That is why we will reaffirm, invest in, and modernize the North Atlantic Treaty Organization (NATO) and our alliances with Australia, Japan, and the Republic of Korea—which, along with our other global alliances and partnerships, are America’s greatest strategic asset,” he added.

A plain reading of that text clearly shows that the US was pursuing a NATO-like alliance in the Pacific solely focused on the issue of “holding China to account.” It is in this light that one must view partnerships such as the “Quad”, a military partnership between the US, Japan, India, and Australia, and the newly constituted AUKUS alliance composed of Australia, the United Kingdom, and the US. Both organizations exist solely to coordinate a military response to China’s expansive presence in the Pacific region.

As if to drive home the point that it will not stand by idly while the US conspires against it, China announced on Friday it was conducting a week-long military exercise in the South China Sea, near the territorial waters of Vietnam. While the scope and scale of the exercise is limited—encompassing a six nautical mile radius—its messaging was clear: China is prepared to use force, if necessary, to defend its disputed territorial claims in the region. The announcement of the exercise came on the heels of a series of military moves near Taiwan, where the transit of a US naval vessel through the Taiwan Strait was countered by the sortieing of Chinese military aircraft into Taiwan’s air-defense identification zone.

Many experts and observers were surprised by Russia’s decision to intervene militarily in Ukraine. When it comes to China’s readiness to go to war over Taiwan, there should be no such uncertainty. This point was driven home by none other than the Chinese Ambassador to the US, Qin Gang,in comments made to the US media on January 28. “The Taiwan issue is the biggest tinderbox between China and the United States,” Qin Gang said. “If the Taiwanese authorities, emboldened by the United States, keep going down the road for independence, it most likely will involve China and the United States, the two big countries, in the military conflict.”

Qin Gang’s comments were made a week before Russian President Vladimir Putin met with China’s Xi Jinping in Beijing, where they issued a 5,000-word joint statement reaffirming “their strong mutual support for the protection of their core interests, state sovereignty and territorial integrity.”

“The Russian side reaffirms its support for the One-China principle, confirms that Taiwan is an inalienable part of China, and opposes any forms of independence of Taiwan,” it reads.

The fact that Russia signed on to such a statement knowing full well that China had committed to the use of military force to defend its claims regarding Taiwan underscores the seriousness of the Russian-Sino joint statement and helps explain Chinese silence when it comes to Russia’s actions in Ukraine, which run afoul of China’s long-standing objection to military intervention.

China knows that any military action against Taiwan would bring with it economic retaliation on the part of the US and its allies. Like Russia, however, China holds significant cards in its hand, and any Western effort to punish it with economic sanctions would bring about a response which could cripple the economies of those targeted. Moreover, any military action against Taiwan would, in and of itself, have dire global economic consequences, especially in the field of semiconductor manufacturing. Any military conflict involving Taiwan would have a crippling impact on the global electronics market, dependent as it is on the computer chips produced by Taiwan.

The relationship between Russia’s action on Ukraine and any move by Beijing against Taipei, or active defense of its South China Sea territorial claims, is real. While the conflict in Ukraine is thousands of miles away from either Taiwan or the South China Sea, the lessons on how the West is reacting to Russia’s attack are, without question, being closely studied by the Chinese leadership with an eye on how the West might respond to any future Chinese military action.