Watch the full uncensored FFWN above with Cat McGuire, click HERE for links to stories we covered

But Stone is wrong about many things. Take Jared Kushner…please. Roger Stone says Kushner needs a beating and a death threat. 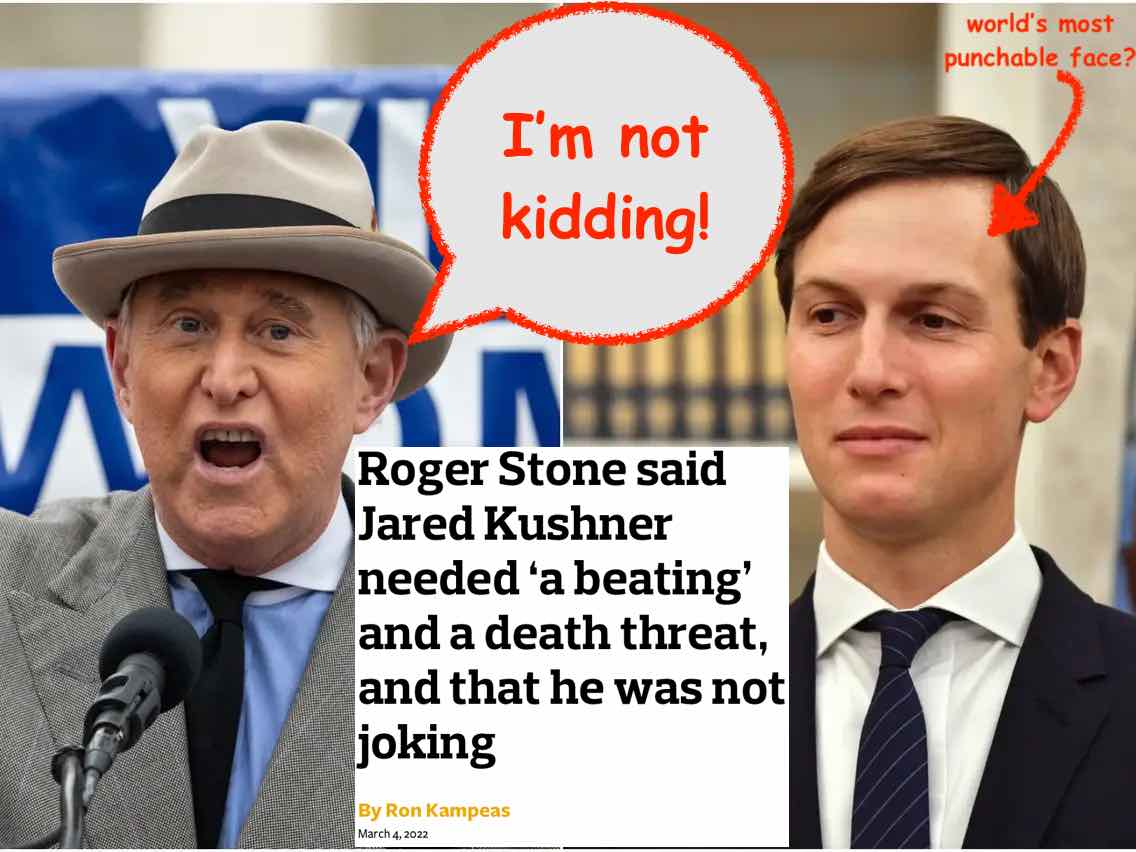 Roger Stone should be ashamed of himself for saying a thing like that. Singling out Jared “the world’s most punchable face” Kushner, when there are so many others out there who also need beatings and death threats, is not just unfair—it’s downright anti-Semitic!

Just watch this week’s False Flag Weekly News and you’ll encounter a veritable rogues’ gallery of arrogant cretins who need beatings and death threats just as much as Kushner does.

Let’s start with six members of the US Supreme Court. They just voted to send Dzhokhar Tsarnaev, the obviously innocent Boston bombing false flag patsy, to the gas chamber.

Then there are those two even nastier scumbags, both reputed pedophile perverts, Lindsey Graham and Sean Hannity. They ought to get exactly what they wished on Putin. And then some. 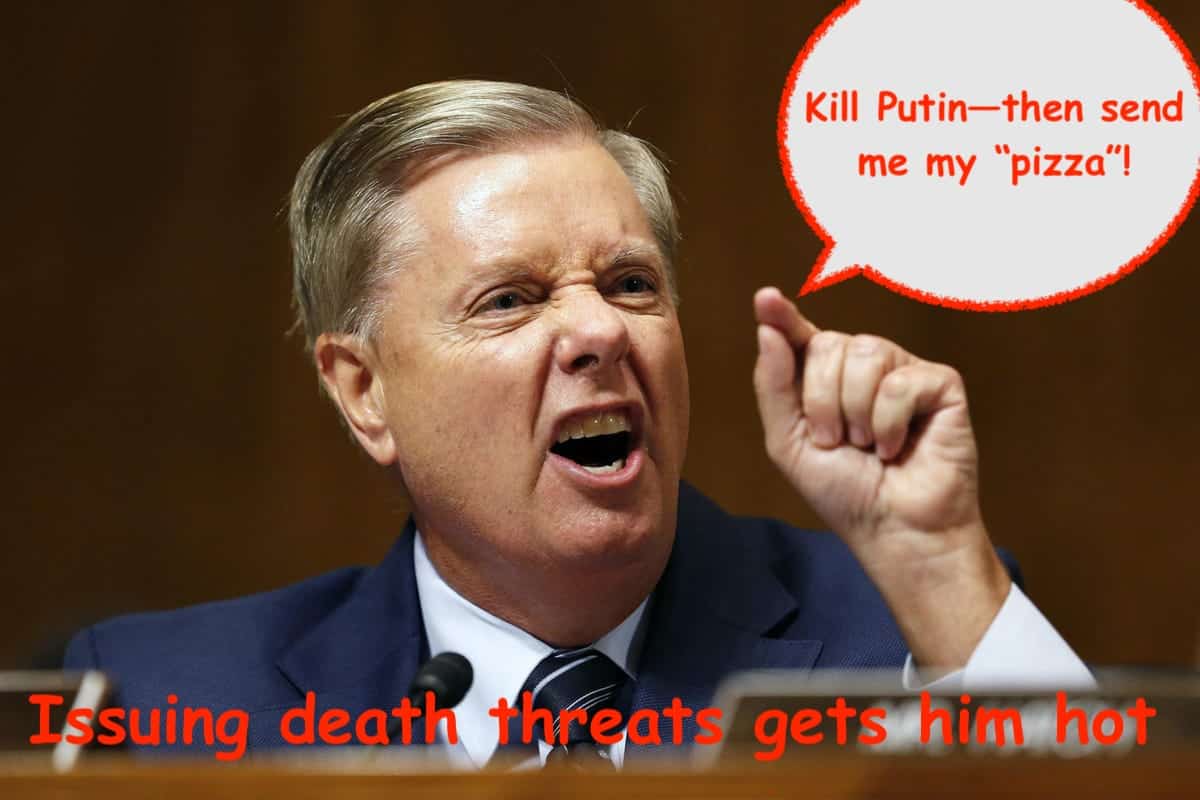 And don’t even get me started with Zelensky. A beating and a death threat would hardly be sufficient punishment for his atrocious gay dance video.

And then there is MBS, AKA Mr. Bone Saw, AKA “Bin Shaitan.” That bastard needs a whole lot worse than a beating and a death threat. He needs to meet the business end of a bone saw. What he’s done to Yemen (with full US backing, meaning the whole US policymaking elite also needs to meet bone saws) is one of the most sickening and disgusting war crimes in human history.

And while we’re setting up beatings and death threats, let’s not forget the editors and fake news journalists at the New York Times who are responsible for the nauseating smear job on RFK Jr. among other propaganda crimes.

And how about the Zionist oligarchs responsible for the plague of Holocaust museums? The Canadian lawmakers considering a bill to establish a pre-crime bureau targeting people who might be harboring intent to commit hate speech? The people pushing gender pronoun training on the US Army? The Pfizer execs who tried to hide their data on vaccine side effects? And above all, the biowar cretins who created the scourge of COVID in a lab and unleashed it in a US bio-attack on China and Iran?

So Roger Stone, as usual, is barking up the wrong tree. Slapping Kushner around and threatening his life would hardly be an adequate response to the scumbaggery at large in today’s world.