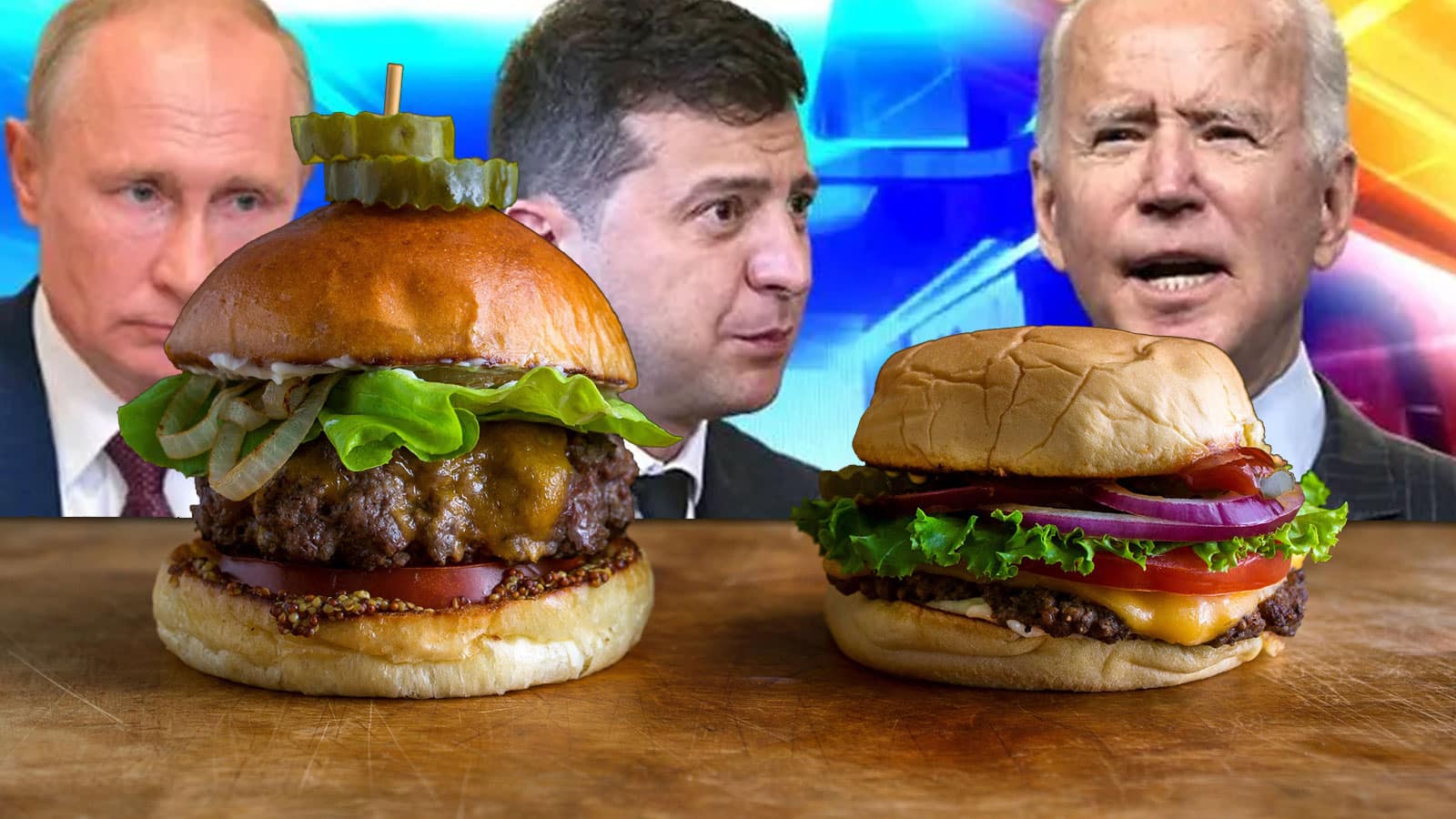 Sputnik: The Ukrainian government has handed out military weapons to civilians willy-nilly, freed violent criminals from jail and invited foreign militants with a grudge against Russia to reinforce its pinned-down army. But forces have been unleashed before, writing some of the darkest pages in history.

Ukrainian President Volodymyr Zelensky has taken drastic measures in his bid to defeat the Russian military operation, which was launched to defend the breakaway Donbass republics and ‘de-Nazify’ the country.

Tens of thousands of military weapons are now in the hands of civilians, who are urged to confront Russian tanks with Molotov cocktails. The streets of the capital Kiev and other cities have degenerated into chaos despite — or perhaps because of — the people being armed.

Criminals, including murderers, have been freed from prison to fight in modern-day penal battalions — if they don’t simply disappear in the mayhem of war.

And now Zelensky boasts that 16,000 foreigners are headed to Ukraine to fight in his volunteer ‘International Legion’ to “join the defence of Ukraine, Europe and the world” — thereby painting Russians as the Asiatic hordes.

But when Ukraine compares Russian President Vladimir Putin to Adolf Hitler, is it merely viewing its own reflection in the mirror of history? 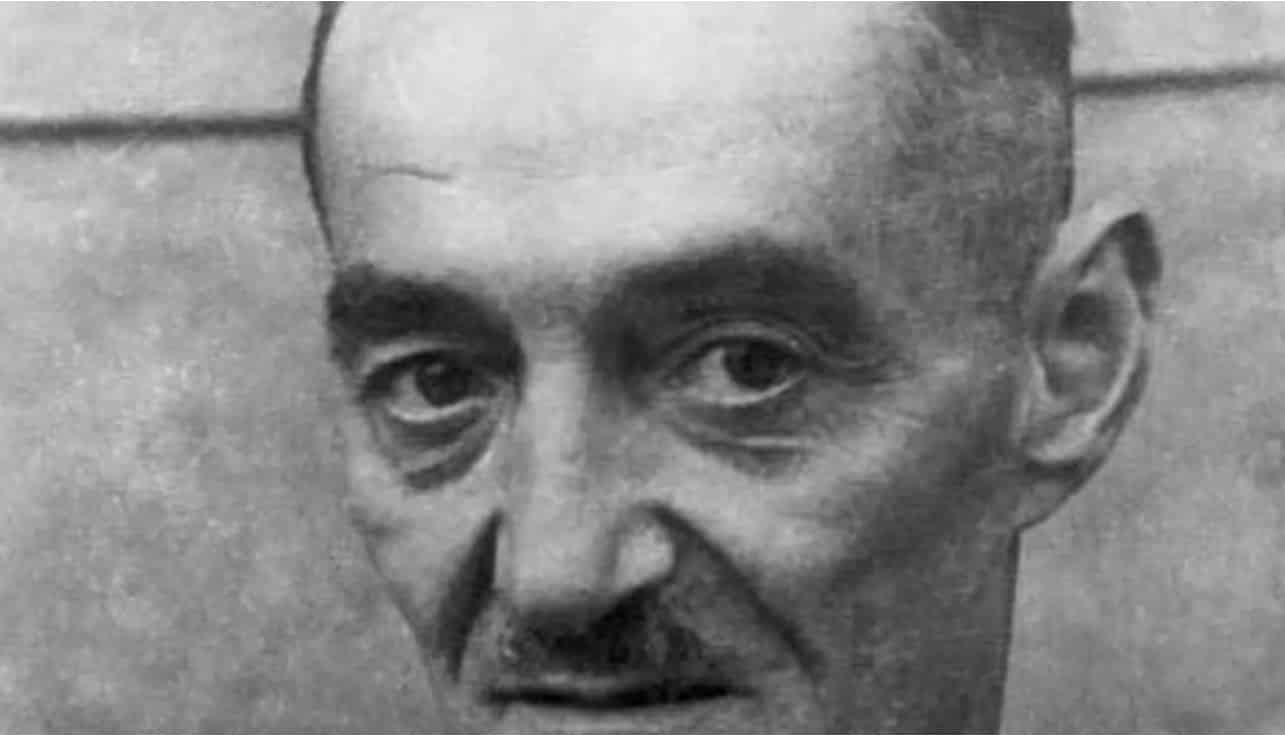 Nazi Germany made extensive use of penal battalions during the Second World War. Generally, they were made up of regular soldiers who had committed some offence against military discipline.

But the most notorious was that named after its leader, Oskar Dirlewanger — dubbed “the evilest man” in the fanatical SS. His unit, which grew in size from a battalion to a division, was recruited directly from Germany’s prisons.

Like Hitler, Dirlewanger fought in the First World War, taking part in the invasions of Belgium and France, and fought on the eastern front in the Soviet Union and Romania. A police report on him after his demobilisation called him “a mentally unstable, violent fanatic and alcoholic, who had the habit of erupting into violence under the influence of drugs”.
After returning from the front, he joined the proto-fascist Freikorps and fought against both communists and Polish nationalists during the series of revolutions and uprisings in 1918 and 1919. In 1923, Dirlewanger joined the Nazi party, enlisting in its paramilitary wing — the brown-shirted Stormtroopers. Later he joined the ranks of the SS, then Hitler’s personal bodyguard.

But this rising star of the Third Reich met his first downfall in 1934 when he was convicted of raping a 14-year-old girl from the Nazi League of German Girls, among other crimes, and expelled from the Nazi party. But Dirlewanger pulled strings with his old friend Gottlob Berger, a high-ranking SS officer, to get him released and sent to fight in Spain on the Nationalist side in 1936, first with the Spanish Foreign Legion and then with German Condor Legion.

By the time of Germany’s invasion of Poland in 1939, Dirlewanger was fully rehabilitated and put in charge of forming a Waffen-SS counter-insurgency unit to hunt down resistance fighters. He first recruited convicted poachers for their tracking skills, then other prisoners and even inmates of hospitals for the mentally ill, and from 1942 to 1944 he took in Ukrainian and Russian collaborators.

They were first deployed in Poland, where even an SS judge called Dirlewanger “a terror to the entire population. He repeatedly pillaged the ghetto in Lublin, extorting ransoms.” Atrocities attributed to him include stripping young Jewish girls naked and injecting them with strychnine for his sadistic entertainment and even the cannibalism of Jewish women.

As the war progressed, the brigade was sent into the USSR for so-called “bandit-fighting” operations against Soviet partisans in Byelorussia, now Belarus. In reality this meant carrying out the Nazi policy of exterminating the Russian population to make way for German settlers. Dirlewanger’s favoured method of genocide was to barricade the people of a village into a barn before setting it on fire, then ordering his men to shoot into it with their machine guns.

Up to a third of the Byelorussian population was murdered by the Nazi death squads.

Inviting soldiers of fortune from overseas to serve in a nation’s army has a long history, although not without infamy. The French Légion étrangère (Foreign Legion) is famous, as is its use to fight the most brutal and politically unpopular wars in its colonies, especially in Algeria and Vietnam.

Fewer know that Nazi Germany recruited volunteers from across Europe, driven by their fascist ideology to fight on the eastern front against the communists.

Spanish dictator Francisco Franco kept his country neutral in the war but allowed Falangists and nationalists to volunteer for what became the Spanish Volunteer Division, better known as the Blue Division. Some 47,000 Spaniards passed through its ranks between 1941 and 1944. Soldiers of the division took part in the two-and-a-half-year siege of Leningrad, which caused the deaths by starvation of a million inhabitants. They also defiled Russian Orthodox churches in Veliky Novgorod.

The collaborationist Vichy regime in France, which was not part of the German-led Axis of nations and still formally at war with Germany, supplied around thousands of men as part of the Legion of French Volunteers Against Bolshevism, later formed into the SS Volunteer Sturmbrigade France and 33rd Waffen Grenadier Division of the SS Charlemagne units.

They fought poorly in the face of Soviet troops, and from 1942 to 1944 were relegated to the same “bandit fighting” operations in the rear areas as Dirlewanger’s death squads.

Even in the occupied nations, the Nazis found those keen to fight the Soviets for ideological reasons. Belgium alone contributed 18,000 to the foreign legions of the Waffen-SS, the party’s parallel military force to the Wehrmacht. Albania raised a 7,000-strong division of mountain troops. Croatia in Yugoslavia sent a mountain corps and three independent divisions. From the Baltic states, briefly incorporated by the USSR in 1939, the Waffen SS recruited 20,000 Estonians and up to 80,000 Latvians. But more shocking were those who joined the Nazis in the oppression and genocide of their own people. Hundreds of thousands of Poles, including the grandfather of former prime minister and European Council president Donald Tusk, served in the Wehrmacht even as five million of their people were murdered.

But more of their patriotic countrymen fought against fascism in the Home Army resistance movement and Free Polish forces in exile.

Collaborators from the USSR also fought on the Nazi side, including the so-called Russian National Liberation Army. After the decisive Axis defeat at Kursk in 1943 they were sent to Byelorussia for the genocidal operations there, then to Warsaw to help put down the uprising by Jews imprisoned in the city’s ghetto and finally to combat the Slovakian partisan uprising.

But one of the most infamous of these outfits was the 14th Waffen Grenadier Division of the SS, recruited mainly from ethnic Ukrainians in the Galician border region between Poland and Ukraine.

The unit was first deployed against the Polish resistance in early 1944, but then aided the Ukrainian Insurgent Army — now openly celebrated in Ukraine — in its massacres of some 100,000 Poles in Galicia at the urging of SS Reichsführer Heinrich Himmler himself.“Villages were torched. Roman Catholic priests were axed or crucified. Churches were burned with all their parishioners,” wrote Welsh-Polish historian Norman Davies.

“Isolated farms were attacked by gangs carrying pitchforks and kitchen knives. Throats were cut. Pregnant women were bayoneted. Children were cut in two.”The division was largely destroyed at the battle of Brody in July and August 1944, and the survivors were briefly reorganised as the ‘Ukrainian national Army’ in 1945 before being sent to fight partisans in Yugoslavia.

In recent years, motley legions drawn from the four corners of the earth have again become notorious for atrocities, this time in the Middle East. The plethora of jihadi factions in Syria along with the internationally-banned Daesh* have resorted to the most horrifying of terrorist acts to impose their rule.

On Thursday, Ukrainian President Volodymyr Zelensky stated that his country “is meeting the first foreign volunteers”, with 16,000 mercenaries and ideologues heading to the country to fight Russians.

As the German war machine was driven out of the Soviet Union, Italy and France in 1944, the Nazi party ordered the formation of a militia for a last-ditch Götterdämmerung defence of the Reich, dubbed the Volkssturm or ‘people’s storm’. Men over military age and boys as young as 13 were formed up into units armed with the most rudimentary weapons — or often none at all.

Throwing tens of thousands of untrained and poorly-armed men and boys into battle only magnified the German death toll from Hitler’s war, as the Fuhrer retreated to his bunker in Berlin and ordered that the country be laid waste before the allies could occupy it.

In the hellish dying days of the Third Reich, the Volkssturm perpetrated numerous atrocities. The militia guarded prisoners of war and slave labourers on forced marches, shooting dead those who collapsed by the roadside. On 13 April 1945, just weeks from the war’s end, one local unit in the town of Gardelegen forced 1,000 slaves — mostly Polish but also some Soviets, French and others — into a large barn and burned them alive.

As hope was finally lost and morale collapsed, thousands of men who refused to fight on the Volkssturm were arrested and hanged by the last fanatical Nazi elements. Is the Ukrainian leadership truly willing to unleash such forces as these in its bid to keep partial control of the eastern Donbass region, and protect right forces in its politics and military?

*Daesh, also known as ISIS/IS/Islamic state, is a terrorist organisation banned in Russia and many other countries.