Telegram:  The Ministry of Defence of the Russian Federation has repeatedly drawn attention to the biological programs implemented by the Pentagon in the post-Soviet area.

Including the territory of Ukraine that has united a chain of more than 30 biological laboratories divided into those for scientific research and for sanitary-epidemiological investigations.

Those works have been ordered by the Defence Threat Reduction Agency (DTRA). A firm affiliated with the defense department (Black and Veatch above all others) is involved in the implementation of the projects.

The works refer to three main branches. In the first place, it refers to the biological situation observation in the areas of possible deployment of the NATO military contingents, according to the Pentagon. In the second place, it is dedicated to collecting and transporting the strains of dangerous microorganisms. The third branch of activity refers to scientific investigations on potential biological weapons agents that are specific for that region, possessing natural focuses and able to be transmitted to humans.

For example, since 2021, the Pentagon has been carrying out the project called ‘Diagnosis, observation, and prevention of zoonotic diseases in the Armed Forces of Ukraine’ funded with 11.8 million dollars.

In 2020-2021, the German Ministry of Defence examined the Crimean-Congo hemorrhagic fever, leptospirosis, meningitis, hantaviruses causative agents within the Ukrainian-German initiative for biological security on the external borders of the European Union.

Under the pretext of testing agents for the treatment and prevention of the coronavirus infection, a few thousand serum samples taken from the infected individuals that refer to the Slavic ethnicity have been transported from Ukraine to Walter Reed Army Institute of Research.

At the same time, the activity of the biological laboratories that, according to our data, has been intensified since 2014, and the so-called Ukrainian healthcare system ‘reforming’ program implemented by the United States has led to an unmanageable increase of hazardous and economically important infections morbidity.

Thus there has been noted an increase in rubella, diphtheria, and tuberculosis cases in Ukraine. The incidence of measles has increased more than 100 times. The World Health Organization has declared Ukraine a country with a high risk of poliomyelitis outbreaks.

We are considered that in the year 2007 a strain of African swine fever with high contagiousness was constructed in the Georgian biological laboratory which is subordinate to Pentagon. Its spread caused significant economic damage to a number of states including Ukraine and Poland and excluded them from a number of pork exporters.

The Department of the Chief of the Russian troops NBC protection constantly analyzes the biological situation on the territory of Ukraine.

According to our data, an emergency phasing out of the biological programs takes place. The analyzed documents confirm that Ukrainian Health Ministry has set a task to completely destroy the bio-agents in the laboratories since the 24th of February.

At the same time, the analysis of the instructions given to the laboratory officials indicates that the liquidation procedure is aimed at the irrevocable destruction of the collections. Apparently, everything necessary for the continuation of the implementation of the military biological program has already been taken out of Ukraine.

The curators from the Pentagon understand that if these collections get to Russian experts a fact of violation of the Convention on the Prohibition of Biological and Toxin Weapons by Ukraine and the USA will most likely be confirmed. Namely: carrying out work to enhance the pathogenic properties of microorganisms with the usage of synthetic biology methods.

Only this can explain the haste with which the liquidation was carried out. 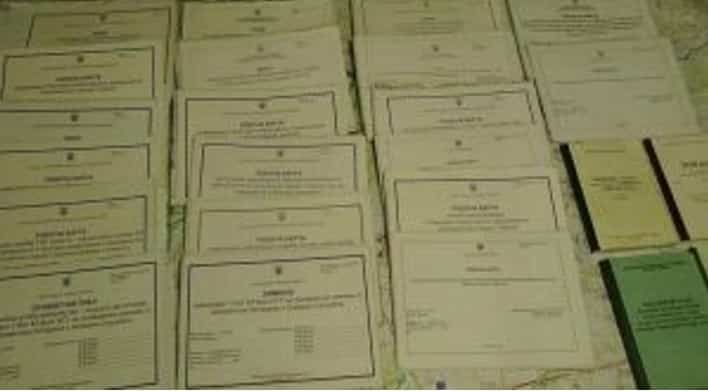 This is only a small part of the documents. We continue the work and will inform you.