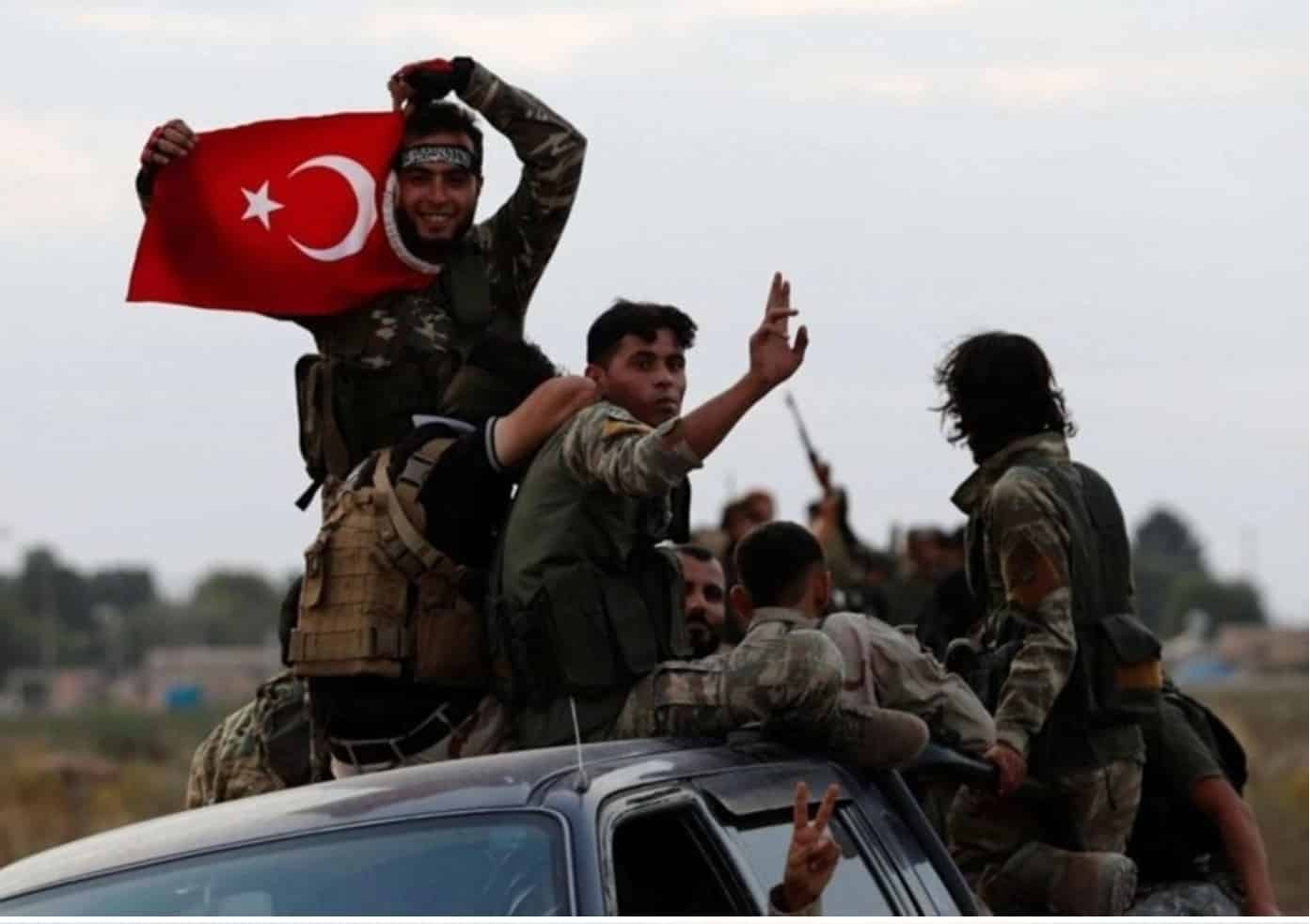 Al Mayadeen: A security and intelligence group from Ukraine and Turkey visits the rebel-held areas in northern Syria, to discuss “the possibility of their recruitment into the ranks of the regional defense forces in Ukraine.”

We got a follow up on flights arriving to below described airport and what it carries. Part of flights marked as "is1s". They are coming from turkey. Likely syria -> Turkey -> Poland -> Ukraine.
We knew(!!) US training them on US illegal Syrian base to send them to ukraine! pic.twitter.com/WoyndkywGJ

Today, Saturday, the Russian “Sputnik” news agency quoted a military-diplomatic source as saying that members of the Ukrainian Security Service, along with officers of the Turkish National Intelligence Service, “visited northern Syria, especially the cities of Afrin and Azaz, to discuss the issue of recruiting militants in the ranks of Ukraine’s regional defense.”.

Every damn day Turkey is doing this to people in Turkey and Syria. Why is there not the outrage that is being given to Ukraine? Tukey invaded a sovereign nation. https://t.co/A0SdwAm3lG

The source said that the “Ukrainian-Turkish” security and intelligence group visited the base of the armed rebel movement, which is part of the Turkish-backed opposition Syrian National Army, where they met with those in charge of armed groups such as the Sultan Murad Division and Jaish al-Muhajireen wal-Ansar.

The source also indicated that “during this visit, the possibility of recruiting militants into the ranks of the territorial defense forces of Ukraine was discussed, and it was agreed to organize a series of secret meetings with the leaders of the militants interested in this matter.”

In a related context, Russian forces found a large-sized Turkish flag in a munitions factory for drones, in the village of Subino, which was liberated from the “Brave Sector” organization banned in Russia, on the outskirts of Mariupol.

A fighter of one of the units of the Donetsk People’s Republic told the Russian “Sputnik” news agency: According to the flags that were found, a Turkish flag and a “Bravi Sector” flag, we expect that they are volunteers from Turkey. They may be former ISIS specialists who trained Brave Sector fighters.

And the Russian Foreign Intelligence announced, on Friday, that the “Al-Tanf” base, which is under the control of the United States in Syria, witnessed the preparation of terrorists affiliated with ISIS, for use in the Donbass region.

In turn, an informed source told “Sputnik” that “the Ukrainian authorities have granted asylum to international terrorists, including those who fought in Syria.” The source quoted experts as saying that “the territory of Ukraine is currently used as a haven for more than 1,000 members of terrorist and extremist organizations.”

Earlier, Syrian researcher Muhammad Kamal al-Jafa confirmed, in an interview with Al- Mayadeen, that “large numbers of militants in northern Syria are preparing to move to Ukraine,” explaining that “Turkey is fully involved in Ukraine through the militants it has transferred.”

On February 24, Russia launched a military operation in Ukraine with the aim of protecting civilians who were bombed and displaced by Ukraine in the two popular republics of Lugansk and Donetsk. (and)

SOHR activists have reported that heads and members of the mercenaries who fought in Libya and Azerbaijan have posted a list of hundreds of people, to execute military operations in Ukraine against Russia.

According to reliable SOHR sources, one of the mercenaries is from the western Idlib countryside and known initially as “K.K.” has submitted lists of dozens of names to the Al-Hamza Division. The mercenary fought among AL-Hamza Division for over a year and a half in Libya.

Moreover, the Turkish-backed factions prepared several lists under orders of the Turkish Intelligence, however, no fighters were transported to Ukraine yet.

Sources confirmed that the mercenary groups will fight in gang wars for monthly salaries of over 2,000 U.S dollars.

It is worth noting that civilians register for heads and brokers of the factions hoping to receive money and reach the European Union through Poland.

A 30-year-old young man known initially as “H.E.” who lives in Idlib, has told SOHR that he wishes to reach European Union countries by any method and is even ready to be transported to Ukraine, meanwhile reaching countries of the European Union normally costs nearly 10,000 Euros.