SouthFront: The last few days were marked by active offensive operations of Russian forces in the region of Donbas as well as a new demonstration of the anti-human posture of the Kyiv government towards its own citizens.

On March 5 and 6, Russia and the DPR made two attempts to evacuate civilians from Mariupol and Volnovakha. Mariupol is fully surrounded by Russian forces and the people’s militia of Donbas, while Volnovakha remains blocked from the south, east and west. The northern route from it is under fire control of the Russians.

Nevertheless, in both cases, Ukrainian units denied the evacuation via the humanitarian corridor towards Zaporizhzhya. At the same time, they opened fire at people that tried to leave towards the territory controlled by Russia and the DPR.

On the evening of March 6, active offensive operations in the area were resumed. The advance on Mariupol was developed from the northern and eastern directions. Intense clashes erupted in Volnovakha. DPR units control about half of the town and now work to eliminate its remaining garrison.

The third direction of the advance in this area of operations was the town of Gulyaipole and surrounding settlements. On the evening of March 6, Russian forward units entered the town after a series of artillery strikes on military objects and positions of Kyiv’s forces. This became another success in the operation to deny the ability of Ukrainian units to withdraw towards Zaporizhzhya from their positions west and southwest of Donetsk city.

In the larger perspective, Russia, the LPR and DPR work to isolate the group of forces of the Ukrainian Army in the region of Donbas. Therefore, it is realistic to expect the push to cut off the road to Dnipro from the northern direction.

Units belonging to Russia and the LPR are advancing on positions of the Ukrainian Army around Izyum. This advance is likely a part of the push to isolate Slavyansk and Kramatorsk from the western direction.

On March 7, Russia made one more, even larger effort, to rescue civilians. At 10:00 local time, humanitarian corridors were opened in Kyiv, Mykolaiv, Kharkiv, Sumy and Mariupol. However, the mass evacuation of civilians from the cities is under question because of the sabotage from the Ukrainian side.

It should be noted that on March 6 Russian units suffered tactical setbacks around Mykolaiv city. They retreated from the villages of Bashtanka, Piskik and Marianivka. The situation around Peresadivka remains unclear. Mykolaiv authorities loyal to the Kyiv government claimed that on March 6 two Russian warplanes were downed in the region.

Kharkiv city remains not blocked from the southern and western directions. The Russian military has made no attempts to storm the city. On previous days, they delivered strikes on military infrastructure and fortified positions in the area.

In Chernihiv and Sumy regions, the situation remains relatively the same. The Russians blocked both regional capitals and are now consolidating their gains. At the same time, Kyiv remains blocked from the northeast and northwest. Russian forces have conducted no attempts to storm the capital.

On March 6, Russia delivered a new round of strikes on military infrastructure all across Ukraine. In particular, a powerful strike hit the Gavrishovka military airfield in Vinnitsa. Additionally, Russian forces shot down 11 military aircraft and 2 helicopters belonging to the Ukrainian Air Force on March 5 and March 6.

Furthermore, the Russian military warned NATO member states that the usage of their airfield network by Ukrainian military aviation can be regarded as involvement in the armed conflict. The warning came amid a new round of speculations that some Western states may ‘donate’ warplanes to Ukraine. 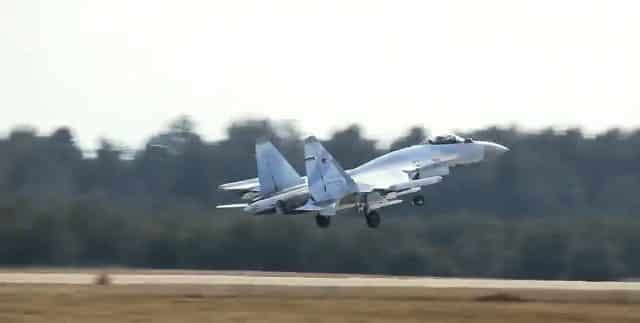 The Russian Defense Ministry also reported that it had obtained information about the military biological program of the Kyiv government that was supported by the United States.

Earlier, reports appeared that Ukraine was covertly developing nuclear weapons and was close to obtaining them before the start of the Russian military operation.

The recent days demonstrated that Russian forces took a tactical pause in their operations in the north and northeast of Ukraine, while most active military developments were observed in the south and east of the country. According to reports, Russia is currently deploying reinforcements to the critical parts of the frontline in the Kharkiv region and around Kyiv. Meanwhile, successes in the region of Donbas create conditions for the full elimination of Kyiv forces there and thus the further development of the offensive on the eastern bank of Dnipro River.