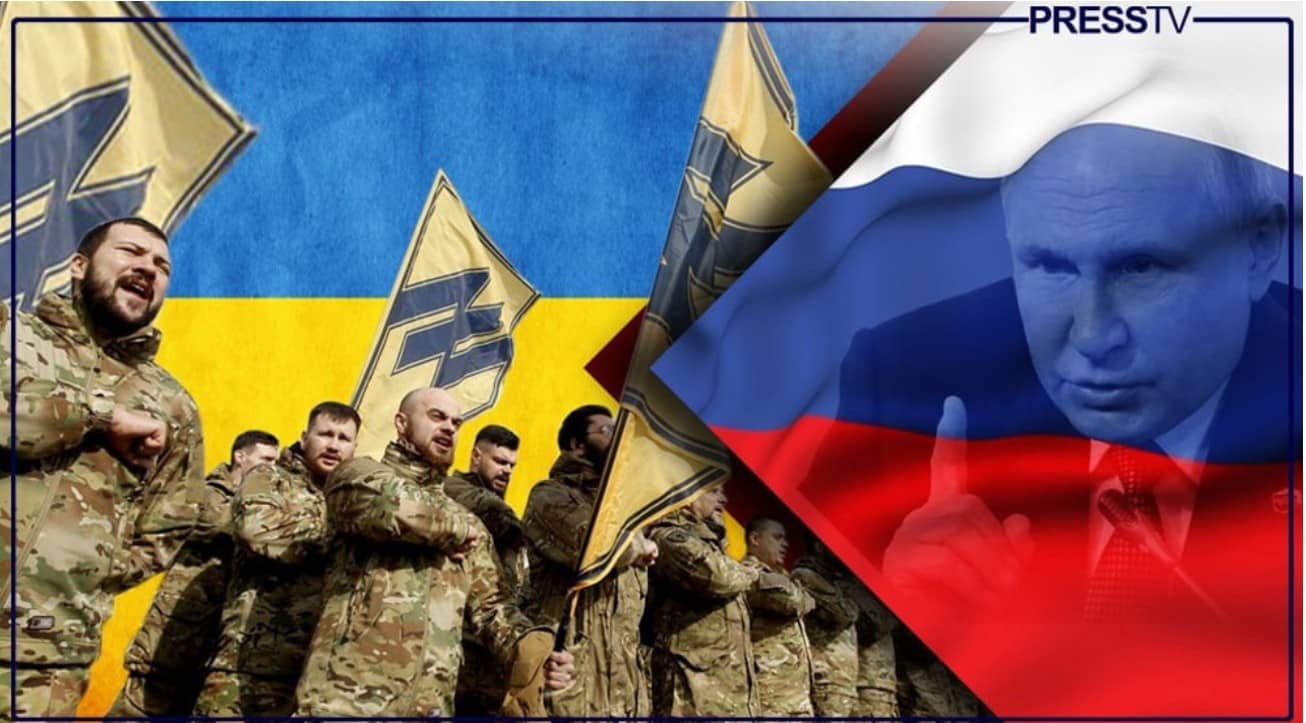 Unlike the fringe extremists that are in every country, Ukraine’s fascists are deeply intertwined with their government

RT: Australia has brought new sanctions against Russians accused of spreading “disinformation” about the conflict in Ukraine, including claims about “Nazis” in the country and civilian deaths in the Donbass region.

saying Ukraine has a “Nazi problem” makes it sound like theres just a few losers roaming around the streets waving around swastikas. If your schools, churches, businesses, government buildings, & military are are imbedded with Nazi ideology, its more than a problem, its systemic!

Canberra announced the decision on Tuesday afternoon, with Foreign Minister Marise Payne noting the new penalties will also target senior commanders in the Russian military in addition to those said to be purveying “propaganda.”

I didn’t realize until my friend from Ukraine told me Ever since Russia went into Ukraine to disable the US Bio labs, that the Current Nazi regime in Ukraine have been labeling stores and malls with the Nazi Flag. This has Soros written all over it 😡 pic.twitter.com/XzTUBFGg1K

It remains unclear exactly how the Australian government will define ‘disinformation’, but it said it would continue to “work with digital platforms such as Facebook, Twitter and Google to take action to suspend the dissemination of content generated by Russian state media within Australia.”

This Nazi in Ukraine captured by the Russians looks like he’s about to be the next Ghost of Kyiv pic.twitter.com/CcXmuPEev3

While the Foreign Ministry did not release the names of those targeted, it said “10 people of strategic interest to Russia” would be sanctioned for “their role in encouraging hostility towards Ukraine and promoting pro-Kremlin propaganda” regarding Moscow’s assault on the country in late February.

🔥BE GLAD YOU WON'T BE SHOT🔥

A young woman in Mariupol asks a guarding Ukrainian 🇺🇦BASTARD-soldier of the Kiev NAZI regime troops of Ukraine – why there will be no evacuation now after all (through the humanitarian corridors) – and he answers her "be glad you won't be shot". pic.twitter.com/tO5tGtPCBf

“This includes driving and disseminating false narratives about the ‘de-Nazification’ of Ukraine, making erroneous allegations of genocide against ethnic Russians in eastern Ukraine, and promoting the recognition of the so-called Donetsk People’s Republic and Luhansk People’s Republic as independent,” the ministry went on.

In announcing what he called a “special military operation” in Ukraine, Russian President Vladimir Putin said the mission would aim to “denazify” the country and prevent further attacks on the Russian-speaking population in the two breakaway republics recently recognized by Moscow, which Putin characterized as “genocide” in progress.

#Ukraine "elite" is running from the country under armed protection of Ukrainian police.
They have $$$ to buy the protection and the passage. Meanwhile ordinary people are held hostage by #Azov thugs as "human shield", denied access to exit corridors by Ukro Nazi Volkssturm. pic.twitter.com/OBDsgMJ6lI

The president’s remarks about ‘Nazis’ likely refer to a number of prominent ultranationalist factions in Ukraine, some of which have received official endorsement by the government in Kiev, and have even been directly integrated into the country’s armed forces.

According to the Organization for Security and Cooperation in Europe (OSCE), thousands of civilians in the Donbass region have been killed in fighting between Ukrainian and separatist forces since hostilities broke out in 2014.