JEA: The US and NATO have already demonstrated that there is more to the Ukraine crisis than meets the eye. Imagine that Ukraine had become a NATO ally before Russia steps up. Then NATO and indeed the US would have the leverage to easily target Russia. The fact that the US is supporting NATO, and the fact that NATO is actually supporting Ukraine, proves that Vladimir Putin was right all along: he cannot allow NATO forces to circulate around Ukraine. 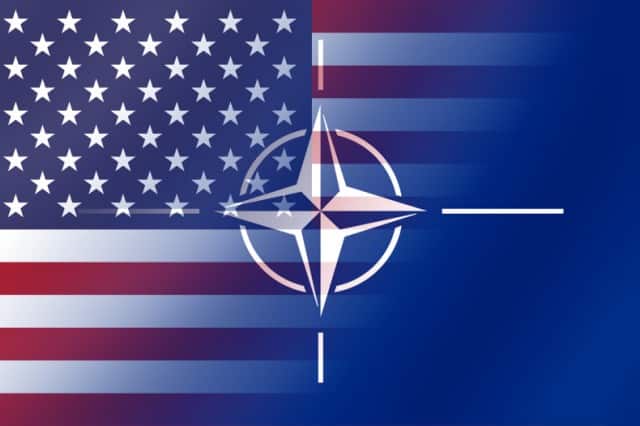 The US and its NATO allies are sending weapons into Ukraine from an undisclosed airfield near the Ukrainian border in Eastern Europe, CNN reported on Monday.

An unnamed senior Pentagon official told CNN that Chairman of the Joint Chiefs of Staff Gen. Mark Milley visited the airfield last week and examined the shipment activity. It’s not clear where the base is, but last week, Western officials told the Economist that one of the main routes to deliver weapons into Ukraine is via the Polish-Ukrainian border.

Since the weapons being sent into Ukraine are meant to kill Russian troops, there are fears that Russia might target the deliveries. The Pentagon official told CNN that so far, the Russians haven’t targeted the shipments.

Since Russia invaded Ukraine, 14 countries have pledged to send weapons to Ukraine. Another US official told CNN that the US and its allies have sent Ukraine 17,000 anti-tank missiles and 2,000 stinger anti-aircraft missiles.

Demonstrating the speed at which these arms are being shipped, the official said that the “vast majority” of a $350 million US military aid package that was announced on February 26 had already been delivered. As of Friday, $240 million of the package had reached Ukraine.

Despite the risk of provoking Russia, the Biden administration is determined to send even more advanced weaponry into Ukraine and has given the green light to Poland to transfer Russian-made MiG-29 fighter jets to Ukraine. In exchange, the US would replace the planes Poland gives to Ukraine with US-made fighter jets.

The plan to give Ukraine the MiG-29s has support in Congress. On Monday, Senator Bob Menendez (D-NY), the chair of the Senate Foreign Relations Committee, sent a letter to Secretary of State Antony Blinken and Secretary of Defense Lloyd Austin calling for the US to commit to replacing any Polish planes sent to Ukraine with US-made ones.