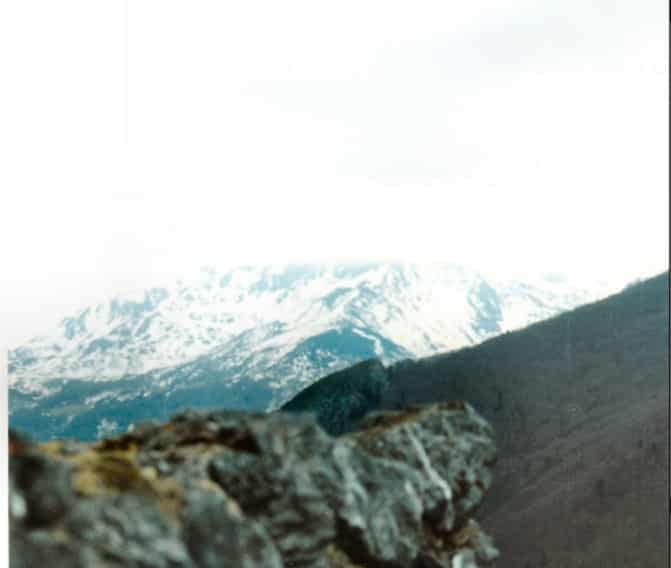 Note:  I have been reminded that this is a very dark piece.  Funny enough, two days later I am in hospital (and out again) with a mystery illness…not the first time.  What is here are things normally withheld with no candy wrapper.  Proceed with caution.

In 2014, and Biden was in the White House, an American-ordered violent coup began the re-Nazification of Europe as a bulwark against a failed NATO.  The Gladio candidates like LaPen and others across Europe were supposed to rise to power based on the CIA/ISIS/Israel/Turkey/Saudi Arabia cabal and their Middle East war that displaced 20 million.

Refugees would flow in, false flag terrorism would begin, and things like the Hebdo incident in Paris would spark crackdowns.  This failed.

Then COVID was unleashed from what now appears to be Ukraine, where DARPA-funded labs in the region, including the Republic of Georgia had been modifying and tuning up endless versions of coronavirus as part of the exact same programs that also modified viruses to target certain ethnic populations.

Italy and Spain were hit first with a nightmarish version that killed 40% of those infected.  The same version of COVID hit New York City and their Jewish population, “Jewish” in name but primarily Russian slavs.

Death rates again were at 40% of those infected whereas corrected for advances in treatment, Delta killed around 3% and Omicron about 1%

When COVID hit, it is not unlikely that up to two dozen lab-created strains were unleashed, some killing in hours, some in weeks.  Early reports of dozens of strains were quickly silenced and buried in the endless flow of “medical chaff and wallpaper” that continues.

We know that DARPA had funded vaccine research for each and every version of COVID it created but never published.  What they did publish, however, did reference vaccine programs but as “mentions” and “asides” in published papers such as from the University of North Carolina in 2017.

It is our belief that the Khazarian Mafia controls the US, post 9/11, through laundered drug cash from Afghanistan.  Before that, it was cocaine and crack for our cities as reported by Mike Ruppert and Gary Webb so many years ago.

It didn’t start there…it started with the Zionist financed “Hitler Project” that rose during the 1920s tied to the Harriman/Bush/Rothschild cabal that built the Nazi war machine.  Ostensibly, the goal was world conquest with only key races being allowed to pro-create, Japanese, Germans, some Anglo-Saxons, and selected Indo-European bloodlines.

The beliefs are multi-staged, first based on everyday Nazi racism and the ease one enjoys when promulgating hate for darker-skinned people.

Behind that…we are told…the non-corporeals are said to have bred man from pre-apes, combining them with junk DNA from across the galaxy.  The end result would be a washout of different proto-human monstrosities, ending with Cro-Magnon pulling ahead….with a roughly human-like appearance across the races.

Behind that…inside….that junk DNA tended to manifest itself behaviorally.  Seems like all you need is for a bit of space cockroach DNA to work its way to the surface and an unpleasant dark side begins to appear and humans turn out, as we so disappointedly notice every single day, to be not so human at all.

Worse still, for some of us, we have to see those “golden children” rise, perhaps Christ was one of them, there are others.  We generally destroy them as quickly as possible, that is in our DNA too.

There are so many built-in fails that make up humans that running mind control programs is like shooting ducks in a barrel.

It’s all about the hive mind, as Preston James always put it, that needs to belong, to abrogate responsibility, and appoint a leader that encourages “our trespasses.”  Gods are easy…after all think of the stages of grief.

That was built into the bite monkeys as well.

After all, you can’t bargain with death until you manufacture a sick human god that invariably appoints whatever group you belong to as morally superior and “chosen.”

It ain’t just the Jews.

So, what we do is this, no matter how primitive or bug-brained we ourselves may be, we learn early on, so better than others, how to find allies.  Some never learn, consider them lucky.  They get cats and dogs and outlive us all.

Think about the joy you feel with anger and rage.

Means you got a cockroach crawling around your DNA.  After all, if you didn’t know it, there are no humans, almost no humans and if one of us, the bug people, find one, we kill them off.

They make us feel sick inside.

What we wonder, all day, every day is how many really good people are out there…people with real decency.  We actually have a political movement that was created to make bug brained imbeciles feel good about themselves. It’s call “conservatism.”

Few or almost none understand how religions only parallel the real rules that we are never told.  We are an experiment, but most of you guessed that.

Another point…if there is an afterlife, then everything alive…gets one as well.  Try differentiating between a really good and intelligent dog and, let’s say….a member of congress.

This is a test where every VT reader will win.  Given a choice, kill your dog or blow up congress, your decision?

Worse still…let’s say this decision is a moral one and your response will impact the quality of your afterlife based on an unknowable but subjectively discernible concept of good and evil.

Another question.  Let’s say you are a bug-brained monkey that will never see spiritual enlightenment.  You sold that off for hive mind activities, joined a church, and support a nation-state as though such things exist and have some qualities of value.

Then again…following those same…let’s just call them ‘religions’ for lack of either a better name or a better vocabulary…there seems to be a state of non-corporeal being that touches on feelings we describe as “joy” though most of us never really feel joy at all.  We read about it, see it acted out on television but when we try to put it into our lives…do we all fail?

How many ever know joy?