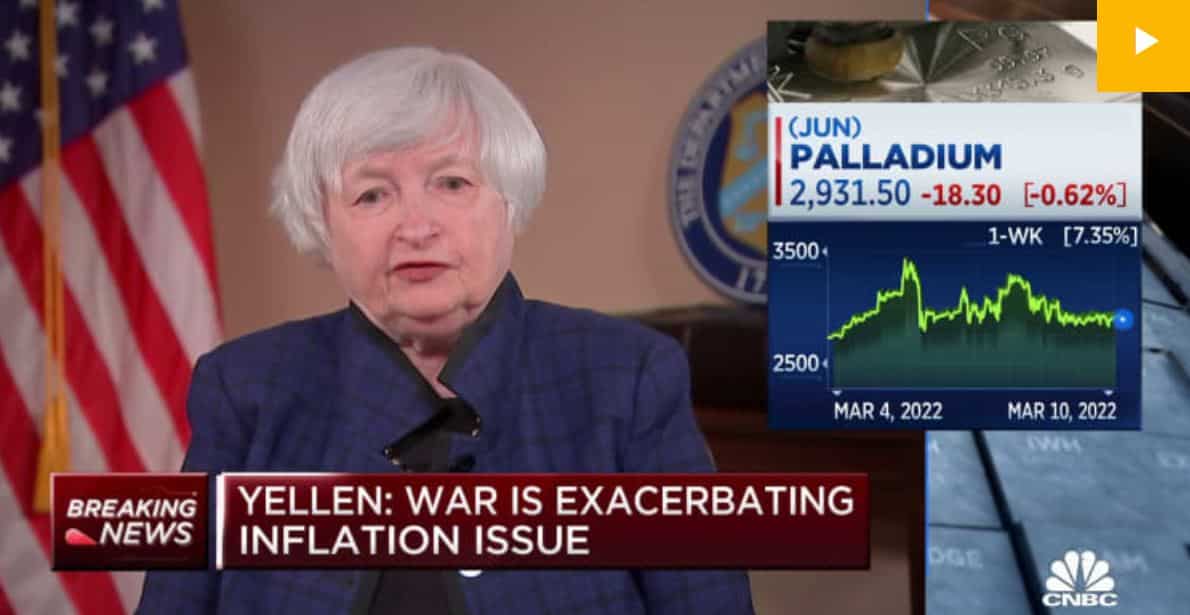 Following are links to videos on CNBC.com:

– I don’t expect recession in the U.S., says Janet Yellen 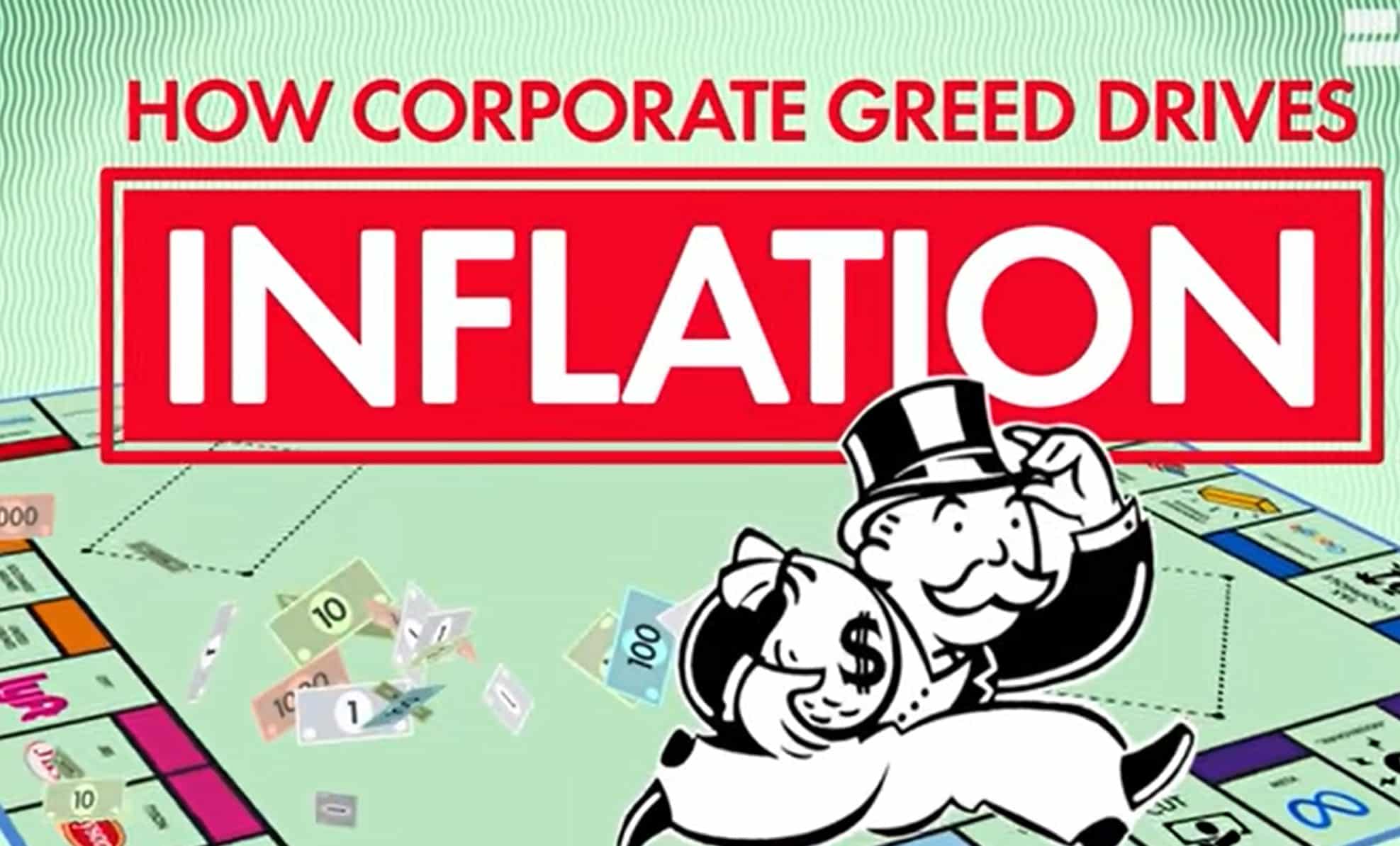 All references must be sourced to CNBC.

SARA EISEN: In response to Putin’s war against Ukraine, the US, EU and allies have imposed severe sanctions on Russia, including America’s ban this week on Russian oil. Today, Russia hitting back issuing its own retaliatory sanctions and joining us now in an exclusive interview is Treasury Secretary Janet Yellen. Secretary Yellen, good to see you again. Thanks for joining us.

SECRETARY JANET YELLEN: Nice to be with you. Thanks, Sara.

EISEN: So now that you’ve had some days to see the impact of the sanctions that you and our allies have put on Russia, what is your determination of whether they’re working?

YELLEN: Well, I think the sanctions have been devastating in their economic impact. We’ve all but cut Russia off from the international financial system. You can see that the ruble is in freefall. The stock market is closed, stocks that trade in western exchanges have lost the bulk of their value. The export controls that we’ve put in place will have a devastating longer, medium-run effect in depriving Russia of the technology that they need to run a modern economy and advance in defense in other areas which will diminish the power that they will have for years to come. And, you know, Russia’s war chest the 600 billion-plus of reserves that their central bank had, I believe they hoped would shield them from the consequences of our sanctions and be like a buffer against them. And our sanctions on the Central Bank of Russia have succeeded in all but immobilizing the vast majority. So, Russia is experiencing very severe economic consequences. I expect there to be a severe downturn in the Russian economy.

EISEN: And yet Putin has not backed down and has only intensified this horrific war against Ukraine. What more can we do, can we do as a country and with our allies?

YELLEN: Well we continue to support Ukraine in its fight against Russia in all of the ways that we can. We have made clear that we don’t intend to become involved militarily, but we are certainly supporting Ukraine and we will continue to consider and discuss further sanctions, you know, that will really deprive Russia of the resources that they need to conduct war over time.

YELLEN: So I don’t want to give a concrete list of things we’re considering but we’ve put together an international task force that will begin to seize the assets, the yachts and the real estate of oligarchs who have been sanctioned. We have put in place and could expand sanctions that make it extremely difficult for, for Russia, its government and its firms to access international capital. There’s more that we can do but we’ve, what we’ve done has been devastating.

EISEN: Well keep us posted certainly on that. There is this idea though that Russia does have a workaround when it comes to China. They can buy gold from the central bank, they can invest in energy companies and buy more oil. They can, they can help them get around the SWIFT rules and the banking system. I know that you said earlier that you haven’t necessarily seen any evidence that China is lending support to Russia but if we do, what would say secondary sanctions look like and how tough would that be to pull off given the struggle that it took for the Trump administration to put the China tariffs in place?

YELLEN: So as I said, I’ve not seen evidence that China is providing Russia with any significant workaround for our sanctions. They do buy Russian oil conceivably they, they could buy more but there are limitations on the ability to ship oil to China. Chinese banks do a lot of business with the West. They care very deeply about their relationship with the US and European financial systems and they seem to be very cautious in their willingness to do business with Russia. So conceivably, there could be some partial relief for Russia through that channel, but I don’t think that anything will happen through China or at least I’m not seeing any evidence of it that would significantly mitigate the crushing burden of what we’ve done.

EISEN: But if you do, would you be prepared to sanction Chinese companies, Chinese entities?

YELLEN: Yeah, I’m not going to leap ahead to what we would be prepared to do. I’m not, I’m not seeing anything happening at this point and we will track things closely.

EISEN: Well one thing I know you’re tracking is, is the impact on our economy and on inflation in particular. Got the latest CPI reading today for February 7.9% and that was before the bulk of the impact was really seen from the war on certain commodities.

EISEN: How much is, how much is this crisis exacerbating the inflation problem we already have?

YELLEN: Well, it is exacerbating it. I think there’s no doubt about it. We’ve seen a very meaningful increase in gas prices and my guess is that next month, we’ll see a further evidence of an impact on US inflation of Putin’s war on Ukraine. You know, Russia, in addition to exporting oil and we, you know, we’ve certainly seen meaningful increases in oil prices that are related to Russia’s invasion and the expectation that it would invade Ukraine. So oil, Ukraine in Russia, are major producers of wheat, we’re seeing impacts on food prices and I think that can have very severe effect on some very vulnerable emerging market countries. So we’ll see something on food, palladium, nickel, other minerals that Russia exports could translate into, you know, for example, higher costs of catalytic converters or batteries so there’ll be further supply chain issues in the short run, and it will lead to, to US inflation, as well as European inflation. But, you know, it’s really critical and I think Americans feel strongly and as people all over the world do that this kind of behavior that violates every international norm of decent behavior, what we’re really seeing is an atrocity and peace-loving democratic nations need to and are standing up against it. You know, we’ve designed these sanctions to have the maximum impact on Russia while mitigating fallout for everyone else, including the United States. But it’s not realistic to think that we can take actions of this magnitude without feeling some consequences ourselves.

EISEN: Already had been happening and is happening in the US when it comes to rising prices from everything from wages to rents to food prices. I think your expectation previously is that inflation would calm down in the second half of this year to normal levels. Have you revised those expectations? Where do you think we’ll be at the end of the year?

YELLEN: So I think there’s a lot of uncertainty that is related to what’s going on with Russia and Ukraine and I do think that it’s, it’s exacerbating inflation. I don’t want to make a prediction exactly as to what’s going to happen in the second half of the year. You know, we’re likely to see another year in which 12-month inflation numbers remain very uncomfortably high. You know, the Federal Reserve is looking very carefully at this. They have indicated that they intend to take actions to bring inflation down and I have confidence in their ability to make a meaningful difference going forward.

EISEN: And now we have new global growth concerns especially spillover effects on, on Europe and a potential slowdown in the economy there. So how do we, the US, escape stagflation or worse recession?

YELLEN: So, you know, we’ve got a good strong economy, and when we had January, February months in which employment growth has been exceptionally strong, even this morning’s report on unemployment insurance claims, they remain very low. We’ve got a good strong labor market, many, many job openings. Households in good financial shape. We’re celebrating this week the one-year anniversary of the American Rescue Plan and, you know, this is a piece of legislation that served to bring unemployment down and, and provoke the strongest growth we’ve had in 40 years. And we’ve got a good strong economy with an excellent outlook for the labor market and real activity going forward. Inflation is a problem and it’s one that we need to address but I don’t expect a recession in the United States.

EISEN: Stagflation, is that a realistic possibility?

YELLEN: Well, stagflation usually means high inflation combined with a weak economy. And I think that the labor market will remain strong. I, you know, I think the Federal Reserve has made clear they intend to remove some monetary policy accommodation, which is appropriate with an economy with a labor market that is as strong as ours that still growing above trend and with inflation well above anything that corresponds to price, price stability. So I think it’s appropriate for them to take action, but a soft landing is what I expect and historically, we have seen tightening cycles characterized by soft landings.

EISEN: And finally, before we let you go, we’re just getting word in the last few minutes here that that your department is preparing to sanction North Korea now as soon as tomorrow over recent long-range missile tests and escalation there. Anything you can tell us about what that’s going to look like and whether sanctions against North Korea even work at this point?

YELLEN: I don’t have anything for you on that. You just have to wait and see if there’s a statement.

EISEN: We will do that. Secretary Yellen, thank you so much for your time today. We appreciate that.

YELLEN: Thank you. Pleasure to be with you.

CNBC also offers content through its vast portfolio of digital products such as: CNBC.com, which provides financial market news and information to CNBC’s investor audience; CNBC Make It, a digital destination focused on making you smarter about how you earn, save and spend your money; CNBC PRO, a premium service that provides in-depth access to Wall Street; a suite of CNBC mobile apps for iOS and Android devices; Amazon Alexa, Google Assistant and Apple Siri voice interfaces; and streaming services including Apple TV, Roku, Amazon Fire TV, Android TV and Samsung Smart TVs. To learn more, visit https://www.cnbc.com/digital-products/.