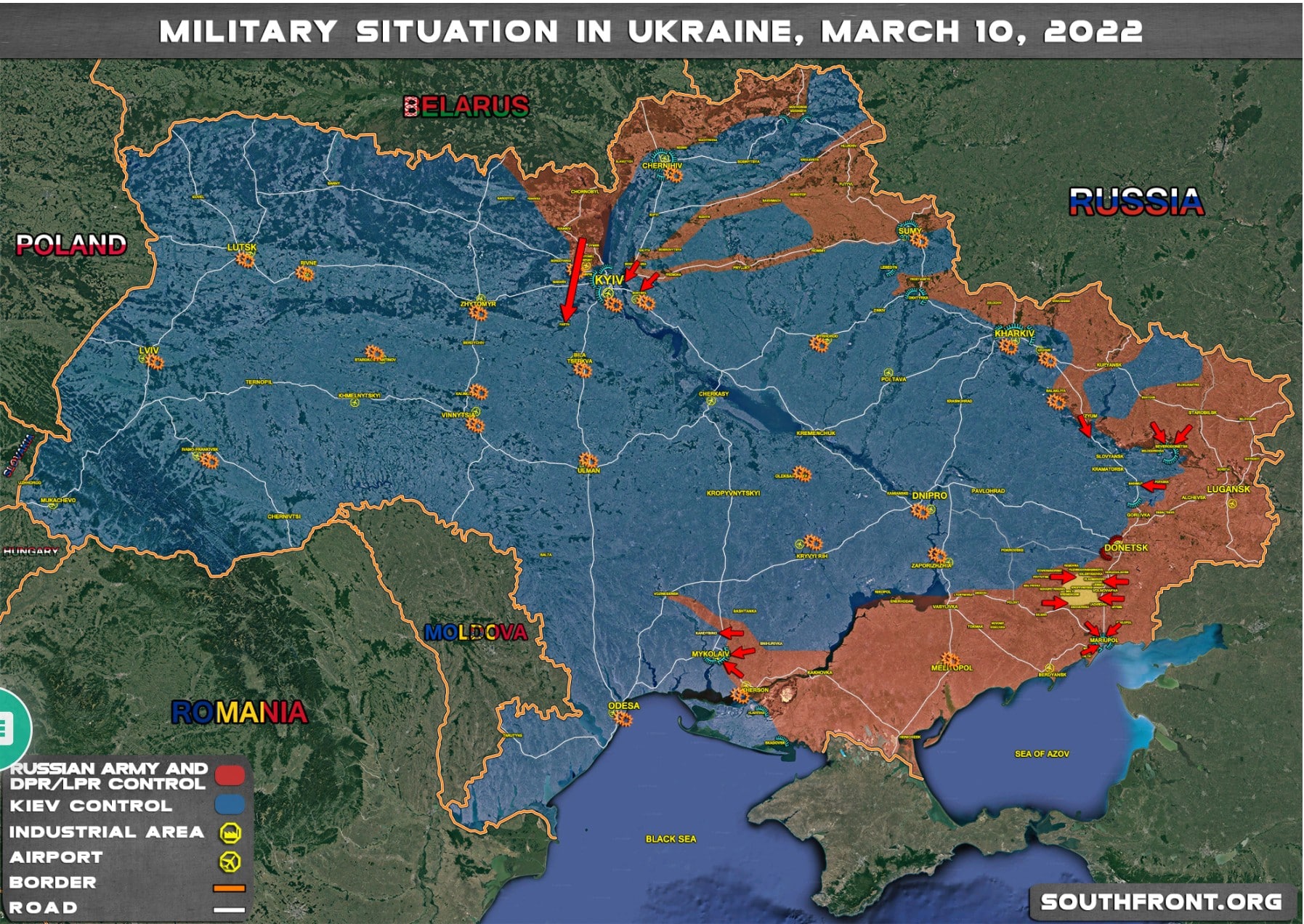 1. Mariupol. The mop-up continues. Advance in the northern and eastern parts of the city. Manguxpendable materials for various provocations.sh is blocked. Cleansing of Volnovakha continues. Most civilians are held hostage by the Nazis and are e

2. Zaporizhia. The Russian Armed Forces to the east of Gulyaypole are advancing towards Novaya Novoselka and Ugledar. The DNR forces are pressing northward from Novotroitskoye. The RF Armed Forces have two options here: either to turn back to Ugledar, or to break through Velyka Novoselka to the Donetsk-Kurakhovo-Zaporozhye highway, with a further attack on Krasnoarmiisk.

Izyum-Balakleya. Having repulsed counterattacks by the AFU, the RF Armed Forces began advancing toward Chuguev and the eastern outskirts of Kharkiv to blockade the city from the east. Also noteworthy are the strikes near Lyubotin to the west of the city. It is still unclear where the Izyum grouping will move next in the context of movement on the communications of the Donbas grouping of the AFU.

4. Kiev. Fighting continued to the west and east of Kyiv. Brovary is still under the AFU, but mechanized columns are moving south and southwest – the troops are essentially flanking the AFU stronghold and aiming to further encircle Kiev, with the goal of completely blocking it.

5. Krivoy Rog – Nikopol. Having put up roadblocks north of Nikolaev, the Russian Armed Forces have seriously advanced toward Nikopol over the past 24 hours. Control over it should secure the Zaporizhzhia NPP as well as cut the Zaporizhzhia-NikopolKryvyi Rih highway.

6. Odessa. No major changes. Russian ships launched Kalibers near Odessa, which were mistaken for Odessa shelling. “The Kalibers were launched at an airfield near Kryvyi Rih. The Ukrainian Armed Forces plan to blow up the remaining bridges to Transnistria in the near future to prevent the hypothetical use of Russian troops deployed to the DMR.

7. Severodonetsk-Lisichansk. Fighting in the agglomeration area continues, but there is no direct assault on the cities yet. Rubezhnoye is also still under AFU control. There is still fighting in the Popasna area.

8. Donetsk-Gorlovka. There are no significant changes. Positional warfare with the active use of artillery continues here on the front. The Ukrainian Armed Forces continue their pointless shelling of Donetsk and other towns and villages.

9.  The city is already quite densely surrounded. The AFU is waiting for an assault, but the AFU is so far limited to blockading the city.

10. Chernihiv-Sumy. No significant changes. Fiddling with the humanitarian corridors continues.

The talks between Lavrov and Kuleba expectedly did not lead to any results. The SWO continues. The Zelensky regime is still not ready to accept the required conditions, which conditions both the continuation of the operation and the growing “Syrianization or Idlibization of Ukraine.