Russian Defence Ministry spokesman Igor Konashenkov said that claims of the “airstrike” that allegedly took place in the Ukrainian city of Mariupol are nothing but a provocation aimed to fuel anti-Russian hype.

The defence official pointed out that the Russian Air Force performed “absolutely no tasks” in the Mariupol area.

“The analysis of statements made by representatives of the Kiev nationalist regime, photographic materials from the hospital leaves no doubt: the alleged ‘airstrike’ that took place is a completely orchestrated provocation to maintain anti-Russian hype among the Western audience”, Konashenkov said.

He explained that although the nature of the external and internal damage to the building can mislead the mass non-professional audience in Europe and the United States, it cannot trick experts, since “a high-explosive aviation munition simply would not have left anything from the outer walls of the building”.

According to Konashenkov, it was said earlier that Mariupol’s hospitals, including hospital №3 – the one that was allegedly shelled overnight – stopped working in late February.

“All the staff and patients were dispersed by the nationalists. Due to the favourable tactical location close to the city centre, the hospital building was converted into a stronghold of the Azov nationalist battalion”, Konashenkov explained.

Ukrainian nationalists, according to the ministry’s spokesman, have ramped up attacks against Russian medics and medical vehicles, with “the Nazis deliberately ambushing medical vehicles with a red cross on them”. 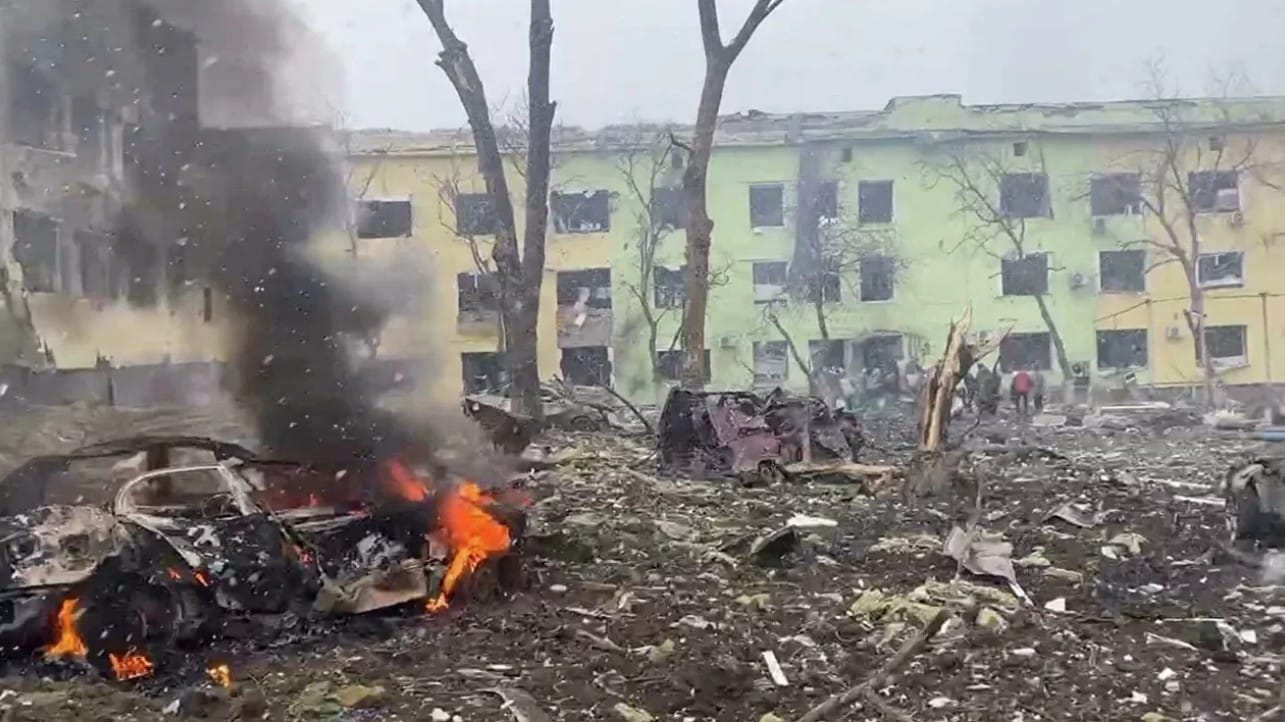 Moscow launched a military operation in Ukraine on 24 February with the goal to “demilitarise and de-Nazify” the neighbouring country, responding to calls for help from the breakaway republics of Donetsk and Luhansk in countering the aggression of Ukrainian troops. The Kremlin said that the Russian troops target military infrastructure only and pose no threat to civilians.