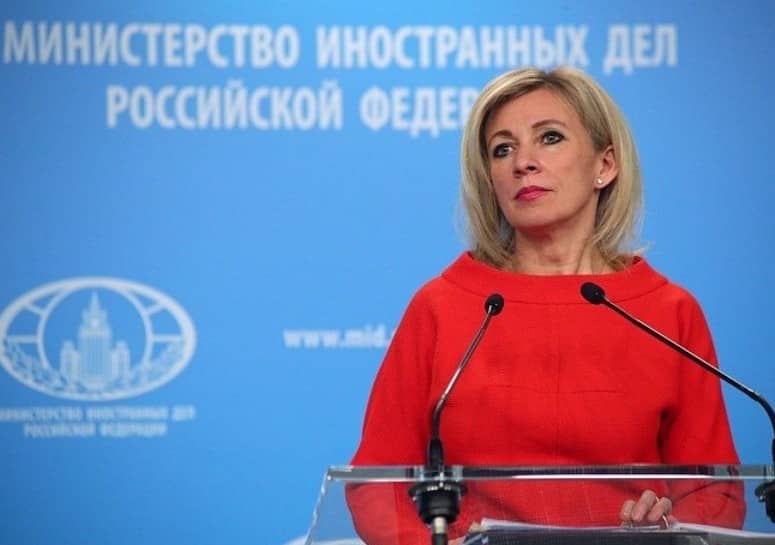 The spokeswoman of the Russian Foreign Ministry addressed the governments of Europe in an emotional speech.

I will translate a few things from the press conference held on Wednesday by Maria Zakharova, the spokeswoman of the Russian Foreign Ministry, because she emphasized very clearly the Russian position on the current conflict. She quoted at length the years of warnings from Russia and China about U.S. bioweapons labs in Georgia, Ukraine, and other countries that are now being confirmed. She has talked about the sanctions and also about the current situation in Ukraine.

Here, I just want to quote a brief appeal by Zakharova that she made in connection with the fact that many European governments are encouraging their citizens to fight as volunteers in Ukraine against Russia. Some states, where their own citizens are forbidden by law to serve with armed forces of other countries, have even changed extra laws to this end. In this context, Zakharova said:

“The difficult Covid years destroyed economic relations in many ways, and many populations – not people, whole populations – barely survived the economic crisis caused by the pandemic. You have now compounded that with sanctions that, regardless of the fact that we haven’t even begun to work out global countermeasures, have already dealt you a crushing blow. You have done that yourselves. Under these conditions, the situation in your countries will deteriorate dramatically. Against this background, you are encouraging people to go to war? You are allowing Europe to be destroyed like this from across the ocean? When will you stop?”

As a reminder, Russia has not yet announced or adopted a single counter-sanction. The distortions in gasoline prices, commodity markets, and stock exchanges are the result of Western sanctions. Even without Russian counter-sanctions, the decisions of Western governments have already caused severe damage in their own countries.

Russia does not plan to announce its first countermeasures until the next few days.

Against this background, I cannot disagree with Zakharova when she criticizes the sanctions madness, which hardly harms the U.S. but can lead to disaster for Europe. In whose interest was Ukraine drawn into NATO, which has now led to Russian intervention? And in whose interest is the EU tying the noose right now?

Nothing else are the sanctions for the European economy and for the people in Europe, no matter if they live in Russia, Germany, Spain or wherever on the European continent…